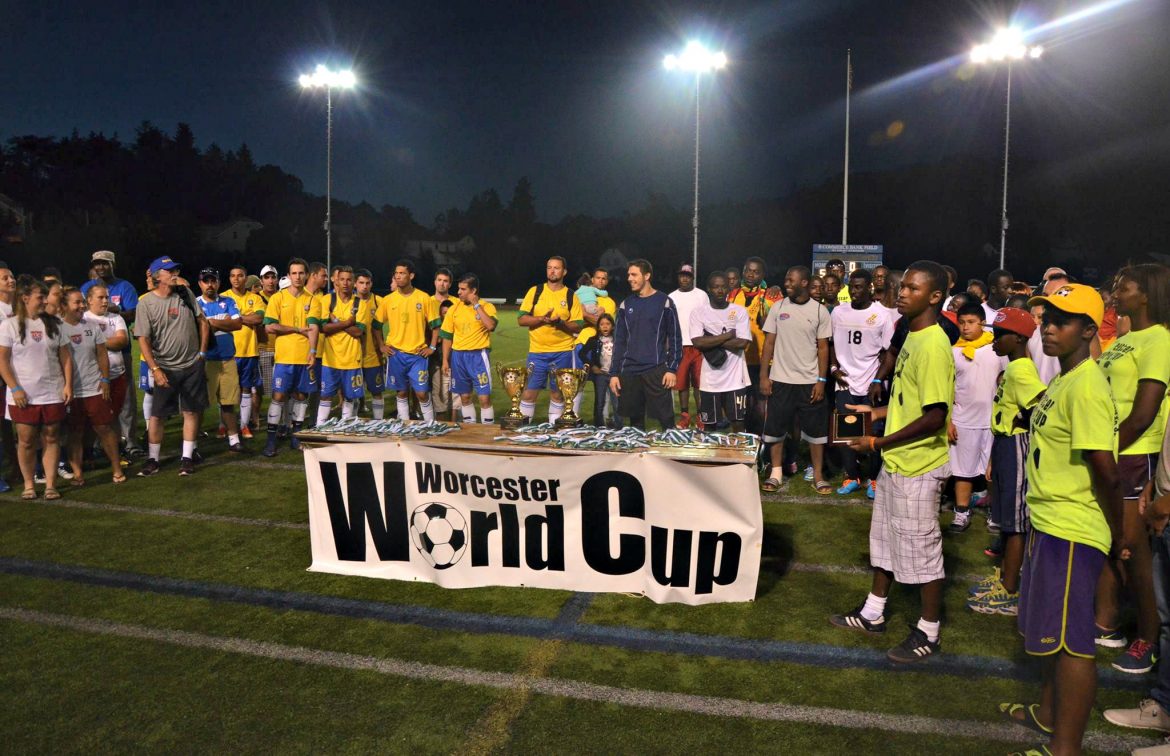 Nineteen teams with more than 300 players and thousands of fans are expected for the 12th annual Worcester World Cup.

The Worcester World Cup, now approaching its 12th iteration, has evolved from a novel idea into a force to be reckoned with.

Organized by Cultural Exchange Through Soccer, a neighborhood-based soccer program at Elm Park Community School, Worcester World Cup was established in 2006 to bring youth together and to promote good health and understanding in the community.

For Worcester, a hub for immigrants and refugees from all over the world, this volunteer-driven initiative has become a vital component in the city’s ongoing development and its efforts to break down walls between the myriad cultures it has welcomed over the years. 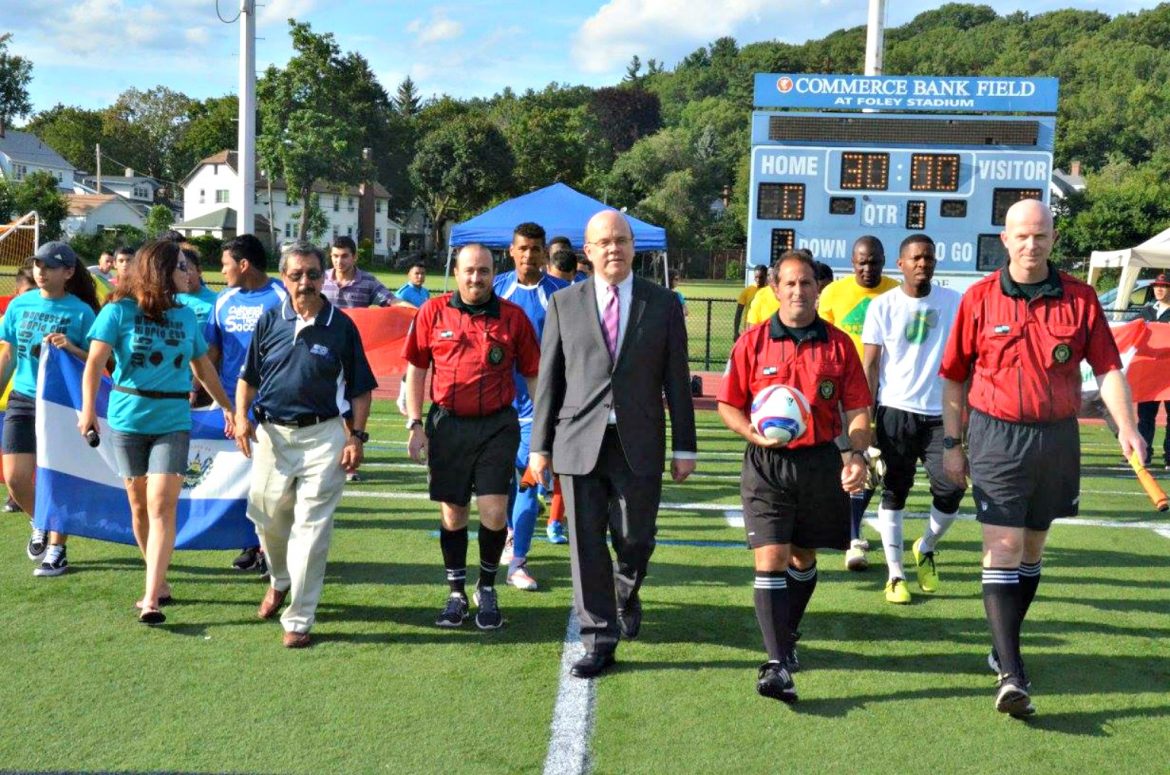 “The Worcester World Cup, as the name suggests, was created specially to bring people together. We wanted everyone to come together,” said Adam Maarij, a volunteer and 2017 graduate of South High Community School.

The event was borne from a youth soccer training program at Elm Park Community School and the passion to make a difference that exudes from founder Laura Suroviak. It quickly outgrew its humble roots, moving to Foley Stadium in 2008, and now attracts thousands of spectators across three days.

“The WWC began 12 years ago, with the goals of bringing immigrant communities together to celebrate, work together on projects that will improve our City and communities, and to develop a stronger collective voice,” the group wrote in a statement promoting the event. “The challenges immigrant communities and people of color face in our city remain a pressing issue today as much as it did when we started.” 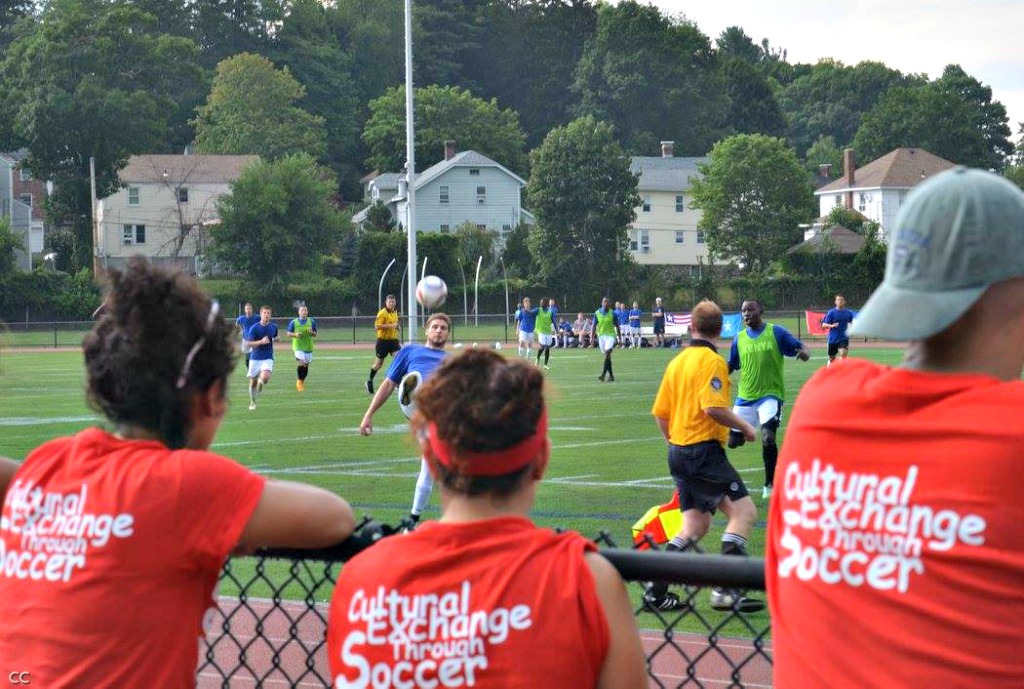 While the crowds and players continue to contribute to the atmosphere that garners more attention each year, it is the volunteers and their steadfast commitment that make the event an annual attraction.

“It is a community-based organization, it is therefore open to anyone who wishes to join,” said Maarij, who emigrated from Iraq in 2008. “We have only one paid personnel that works with us. There are about 20 volunteers or so.”

Maarij said, much like the tournament itself, the group of volunteers who put it on are a diverse bunch, not only in their backgrounds but in their reasons for joining the cause. There are soccer lovers and community organizers, folks who simply want to stay active and those who want to be a part of brightening Worcester’s future.

Their dedication is seen clearly in the fall, when volunteers — mere weeks after the previous tournament is in the books — start preparing for the next one. They put in more effort each time, Maarij says, but while it is a lot of work it is never hectic, he adds. 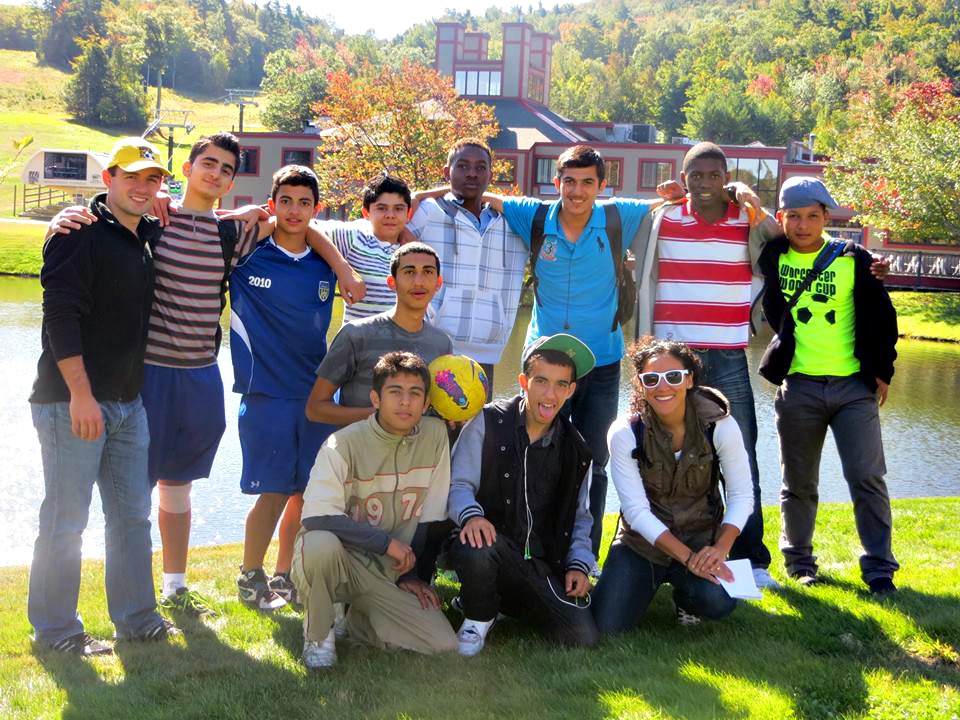 Maarij said they have many senior members with vast experience. Members like Suroviak, a Clark University graduate and former educator and youth worker at Worcester Youth Center, and Cassie Giardina, a youth worker at YWCA of Central Mass. and former Worcester State soccer player.

“Without them, there would be no Worcester World Cup,” Maarij said. “Many hands make light work.”

Nor would there be a 12th year of multicultural soccer and celebration without the success of Cultural Exchange through Soccer’s [CETS] training and youth development program, which began in 2003 at Elm Park Community School.

Besides the World Cup, CETS provides weekly Youth Squad training, administers an under-18 soccer tournament involving the city’s recently arrived immigrants and refugees, and advocates for more soccer fields and better conditions in the city.

“We want to connect people, and teach leadership,” Maarij said. 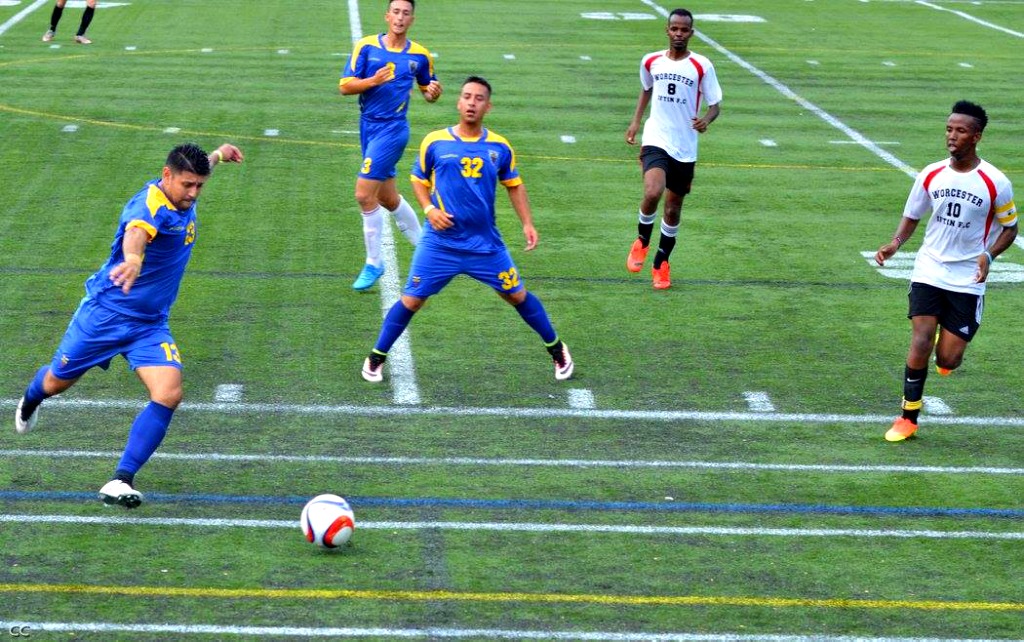 At least half the members of each team must be from the country it represents. Organizers expect more than 300 players for this weekend’s tournament. Nations that will be represented are (in order of appearance): Brazil, Ghana, United States, Nigeria, Guatemala, Honduras, Kenya, Somalia, Togo, Myanmar, Albania, El Salvador, Jamaica, Iraq, Ecuador, Liberia and Italy.

The only thing missing is more women’s teams, as the tournament has traditionally fielded only three or four.

“Our women’s teams are both from Worcester and outside of Worcester because we don’t have enough women,” Maarij said.

Last year’s Worcester World Cup was won by the Iraqi team, and the previous year was clinched by Liberia, the tournament’s dominant team and seven-time champion. Maarij said they always give the runners up medals, and there is a “giant trophy” for the winners. 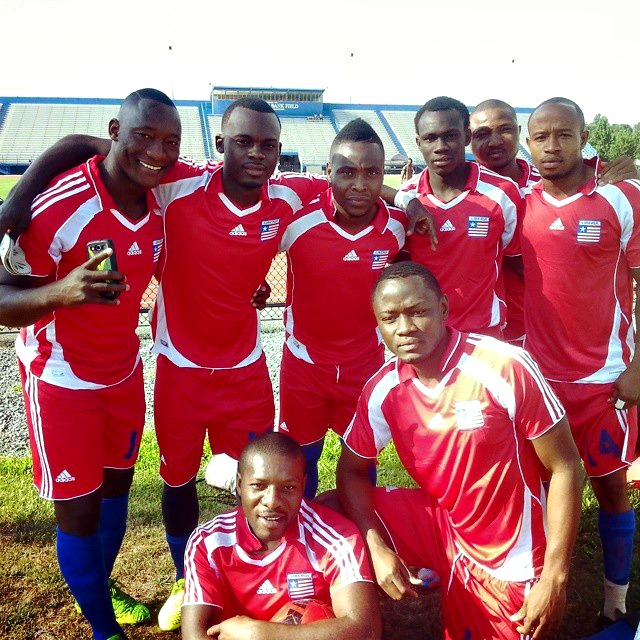 The team from Liberia is a repeat Cup winner.

Tickets are $6 and allow you to view all the day’s games. Ethnic food vendors from Mexico, Jamaica, Vietnam/China and Kenya will be on site. There will be traditional music and activities for children, including a “moon bounce” and skill-building sessions.

Friday night features the opening ceremony and three matches, followed Saturday by an eight-game slate including a youth exhibition, then nine games — including all the women’s matches — and the awards ceremony Sunday. All events are at Commerce Bank Field at Foley Stadium, 305 Chandler St. The complete schedule is as follows: 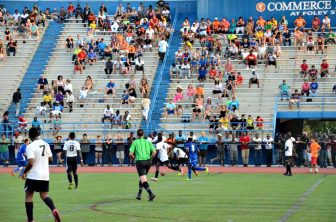