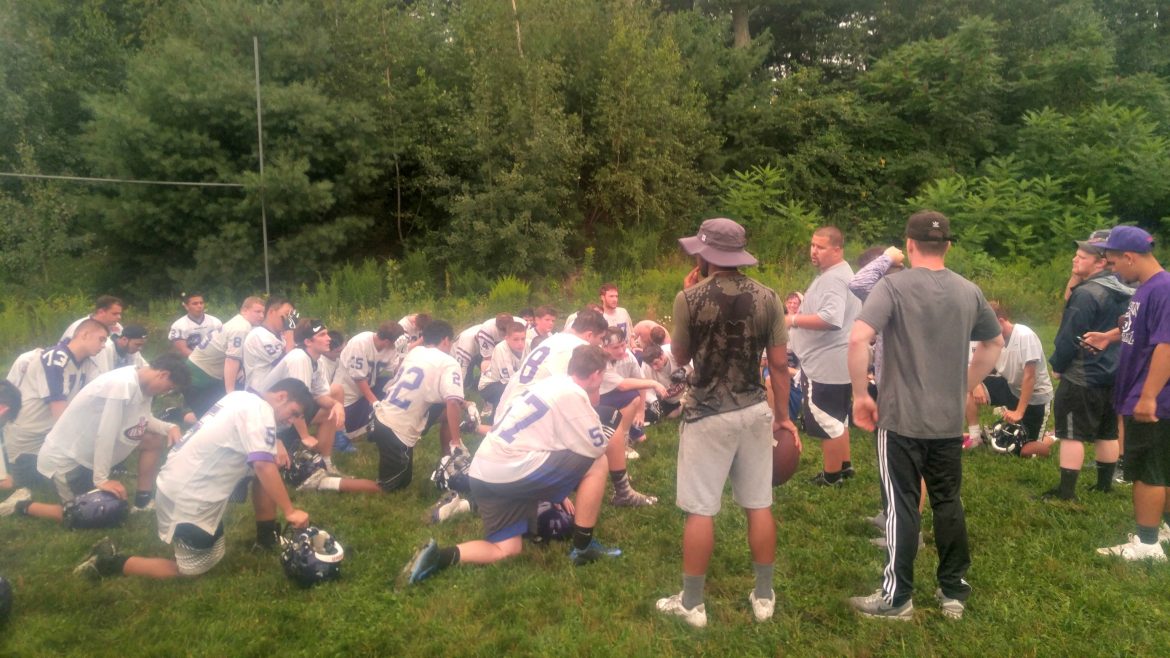 Justin McKay, who marshaled a dramatic turnaround at Algonquin Regional, is in his first year as football coach at St. Peter-Marian.

If you had to describe Justin McKay’s days during football season in one word, it would definitely be “long.”

On the Guardians’ first day of camp, McKay had his new players in the meeting room at 1 p.m., on the practice field at 5 p.m., and ready to go home about 7:30.

But there would be little rest for St. Peter-Marian’s football team, as the Guardians were back at it in the school auditorium at 7 a.m. the following morning, playbooks in hand, ready to learn McKay’s offensive and defensive systems.

“We’re trying to make this feel like a college football camp,” McKay said during his first practice at SPM. “We’ve got meetings and practice in the same day, and everything we’re doing, we’re doing like a big-time program. We just got the field painted, we’ve got the music playing, and the kids have brought the energy so far.”

Indeed they had, but that doesn’t mean his captains didn’t notice the extra workload.

“It was intense,” senior captain Matt Dumphy said of the team’s first day. “It was a lot more this year, but we’re ready for it. In the past, we would maybe do four hours on the first day. This year was six or seven, but we’re learning a lot.”

While Dumphy spoke, an exhausted Danny Malm simply nodded along. Malm, a senior quarterback coming off a fantastic first season under center, will likely be the centerpiece of McKay’s attack. Last year, while coaching at Algonquin, McKay’s offense relied on a physical running game, powered by multiple backs, and overseen by athletic and smart quarterback Ryan Barry.

Given Malm’s abilities as a runner and a passer, it stands to reason that McKay will use him the same way, but the coach stresses that he isn’t going to simply copy and paste his old Algonquin offense on his new team.

Instead, he says he is going to adjust his scheme to the strengths of his new team which, thanks to the years of coaching and development put in by former coach Tom Henrickson, are many. Chief among them, the Guardians will have speed, and plenty of it, offensively.

Dumphy is one of several skill players who should excite Guardian fans in the open field, but getting his playmakers in space won’t be the hardest part of McKay’s job this year.

Just taking the new gig in Worcester was an agonizing decision for McKay, who still teaches at Algonquin during the day and had built quite a bond with his Tomahawk players over the past several years. During McKay’s time as the head coach in Northborough, he raised Algonquin from a Mid-Wach cellar dweller, to within one win of a district title last season.

After going 16 years without a winning season (competing in a league with some of the area’s power programs), the Tomahawks under McKay posted winning campaigns each of the last three years, culminating in a Division 2 Central title game appearance in 2016. It wasn’t easy, but in his five years at Algonquin, McKay took the T-Hawks from a Homecoming opponent to an annual contender. 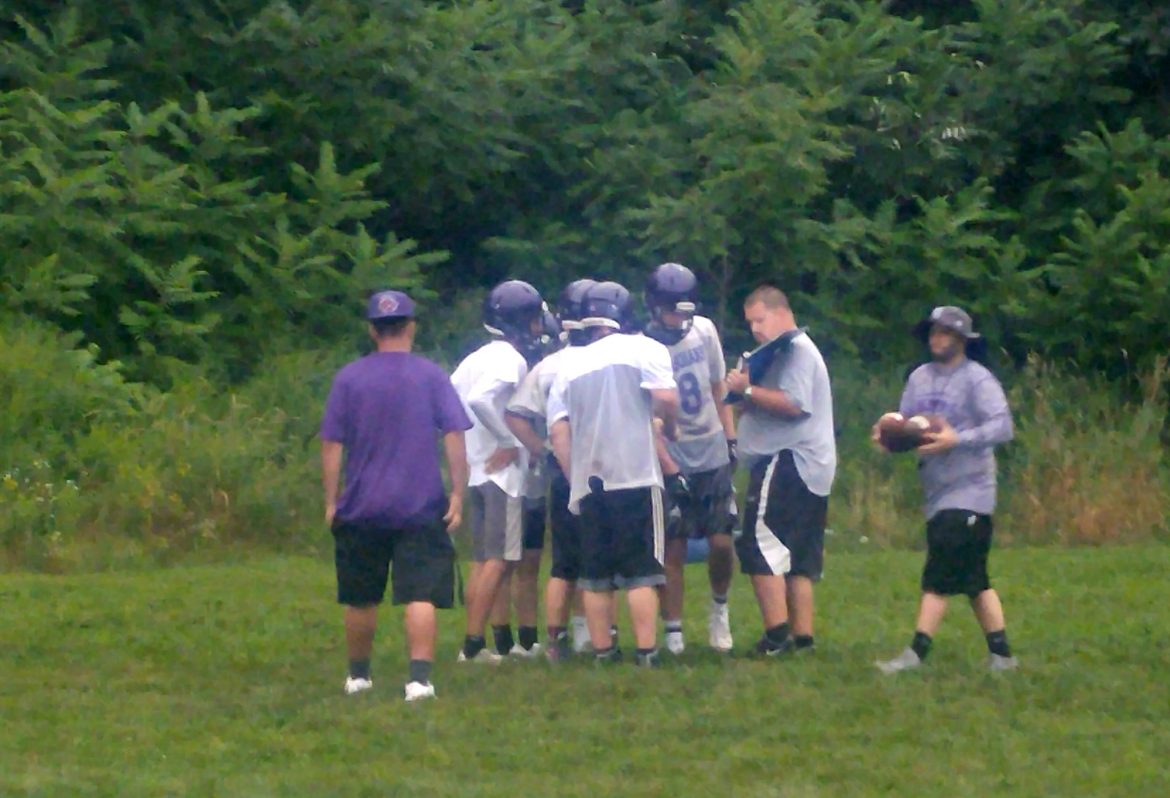 McKay works with a position group during a summer practice.

He walks into a rosier situation this time around.

St. Peter-Marian is coming off a 7-4 season, and only the Grafton Indians, led by Syracuse-bound Ifeatu Melifonwu, could stop SPM from bringing home a D3 Central Mass crown in 2016. This year, as the MIAA again realigns its football divisions, St. Peter-Marian finds itself in the competitive, but winnable, Division 6 Central.

That district features rival Holy Name, along with small-school power Littleton, but given St. Peter-Marian’s challenging annual schedule, McKay knows his team will be ready.

As for that agonizing decision, it was made strictly for family reasons. McKay lives just minutes from St. Peter-Marian’s campus, and wanted to be able to spend more time with his one-year-old son. His wife agreed.

But that doesn’t make it any easier, as McKay had to quickly assemble a coaching staff this summer, and will see all the players he would have been coaching during his days at Algonquin.

“At Algonquin, by the time I would finish up there with practice and drive home, it’s like I was never around,” McKay said. “I love Algonquin, but, ultimately, this was the right choice for my family.”

McKay and his new team open up their season at home against Auburn on Saturday, Sept. 9. Kickoff is scheduled for 1 p.m.