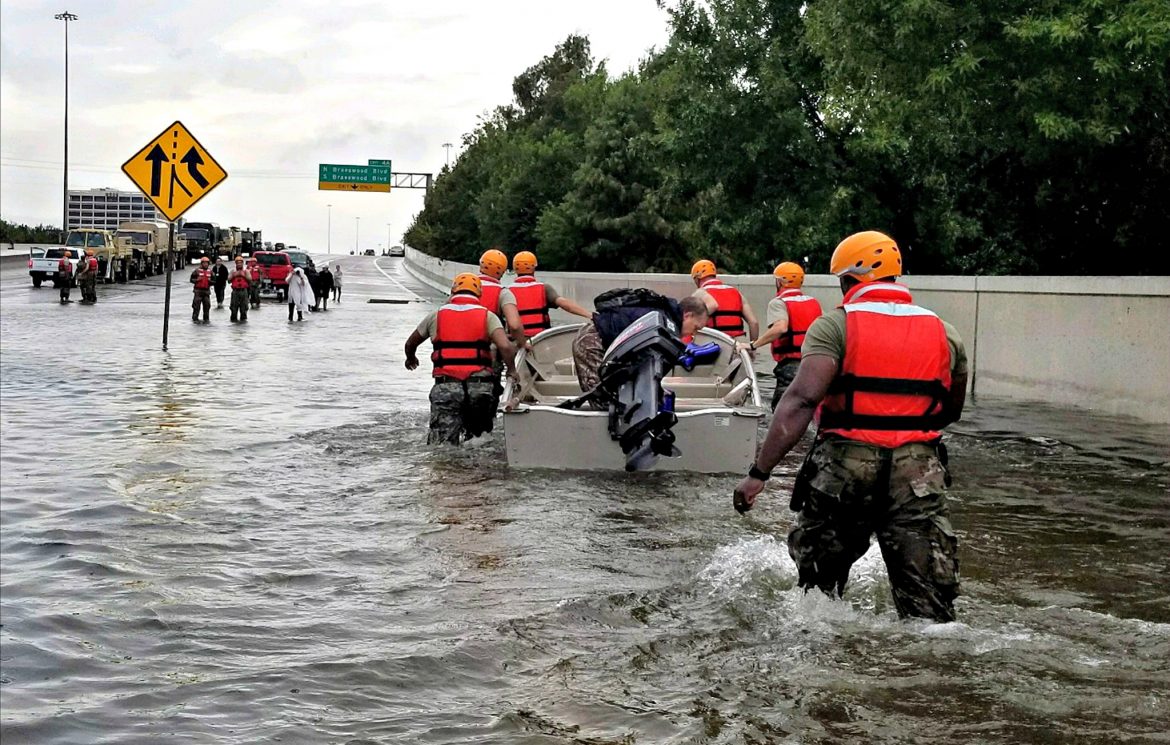 Hurricane Harvey has devastated Southeast Texas and the surrounding areas.

It almost seems unreal that the lingering nightmare to our south is as bad as it is, while we have enjoyed calm summer weather since Hurricane Harvey hit Texas nine days ago.

But it is real. And catastrophic, affecting millions in the path of the slow-moving monster. Relentless rain, historic flooding and fierce winds and have caused dozens of deaths, widespread heartbreak and alarm, and billions of dollars worth of damage to Houston along with a swath of cities and towns in East Texas and beyond.

Once a category 4 hurricane, the storm has poured plenty of misery on Louisiana, Tennessee and Kentucky and northward, and will dump water on us today. On its heels, young Irma seems to be amassing similar power and could impact the United States.

Here in Worcester in a few days, we won’t only be watching all this but doing something about it.

The city made the announcement about the event Thursday on its Facebook page.

“Worcester Cares” will feature music, food trucks and activities. In addition to monetary contributions, organizers will accept travel-size soap, shampoo, toothpaste and toothbrushes. Only those items will be collected, and they must be new and in their original packaging.

This is a welcome chance for people to confidently give money to help victims of Harvey, knowing that the contributions are in capable hands.

Other ways to reach out — as detailed by Charity Watch, Consumer Reports and the Telegram & Gazette — generally involve making financial contributions to tested, trustworthy organizations. Those organizations, such as Catholic Charities, the Salvation Army and the Greater Houston Community Foundation, will use them to deliver supplies and other direct and urgent assistance to Hurricane Harvey victims. Some efforts target specific needs such as animal welfare and housing, or offer nonmonetary ways to get involved such as participating in a local blood drive through the Red Cross.

It’s important to choose carefully and to remember there’s nothing wrong with mixing a bit of skepticism with your concern and caring.

Officials recommend sending money — with checks or credit cards rather than untraceable cash — to established, reputable organizations with a good track record in disaster relief, such as those on the Charity Watch list. Avoid clicking on email attachments from unfamiliar sources; and when donating online, guard against the money going to a copycat rather than the correct organization by going directly to the intended organization’s website.

Emergencies of this size — the cost of picking up after Harvey could crest $100 billion — bring out not just the best in us, but also the predators.

As the Justice Department warned last week, fraud is an unfortunate reality. After Hurricane Katrina in 2005, the federal government brought charges against more than 900 individuals. A dozen years later, dealing with Harvey’s wake currently and Irma maybe knocking on the door, that is a cautionary tale as people all over the country consider how to respond from afar.

If you can’t attend Friday’s Worcester Cares fundraiser, research your numerous other choices. Give your generosity the most power you can. They need it down there.