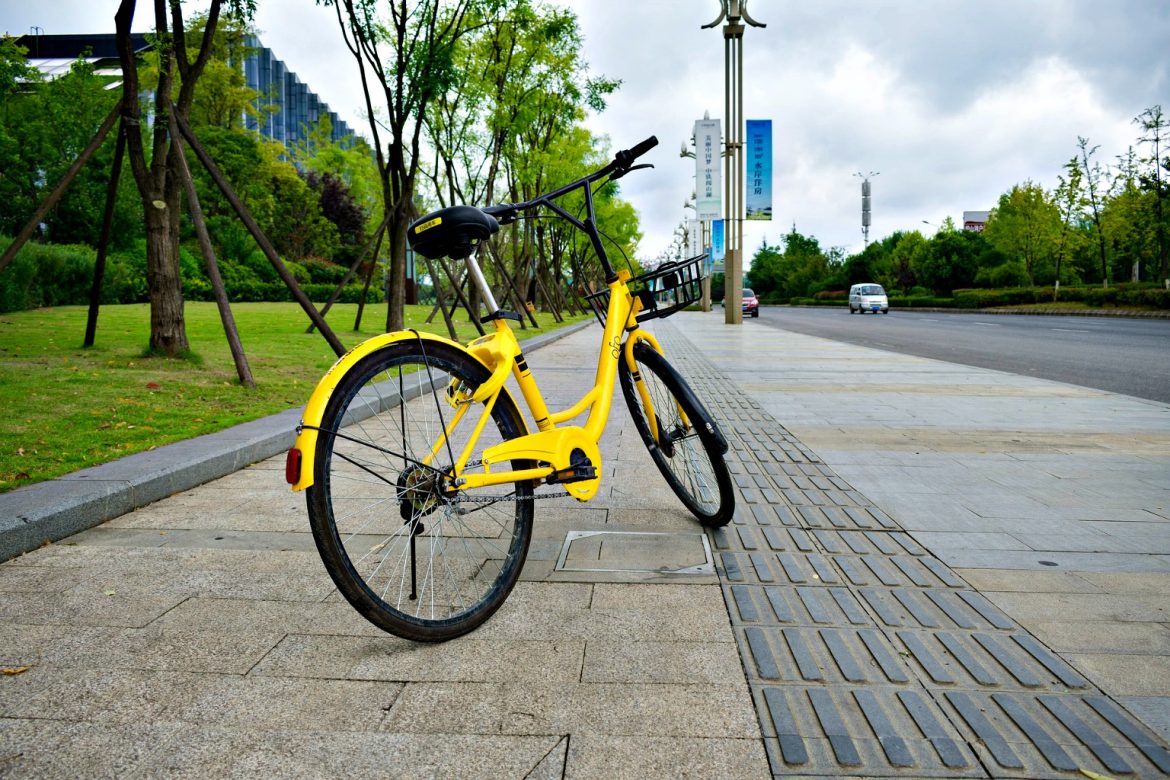 Other than that, ofo’s arrival in Worcester signals a city coasting smoothly forward.

On Thursday, the Beijing-based company launched its bike-sharing program in a ceremony at City Hall, capping months of preparing and research helped by local leaders and scholars. The stars of the cheerful kickoff were dozens of bright-yellow ofo bikes, ready to get going under the guidance of anyone over the age of 18 with a smartphone, a dollar and an hour.

A little ofo 101 is in order. Don’t be fooled: These substantial, simply styled bicycles may look old-fashioned, but they’re as high-tech as they come.

They’re veritable brainiacs on wheels, equipped with GPS and an electronics-controlled locking system. Users must download an app, turn on location services and input credit-card information before they can even think about riding one.

If we can handle the city’s legendary hills and lack of a logical bike-lane system (City Manager Edward M. Augustus Jr. pledged at the ceremony he’s working on the latter), we can handle the ofo learning curve.

It’s, as they say, as easy as riding a bike. Almost, at least.

First, while getting used to the sight of the company’s bikes out and about, we need to get on board with the word “ofo.” This three-year-old startup’s name kicks off with a lower-case “o” — because it’s a logo-name, depicting two wheels and a rider.

The user experience is also designed for simplicity.

Unlike most other bike-sharing programs around the globe (with the U.S. rather a latecomer to the idea), ofo has a dockless parking system. When finished with it, the rider can leave the locked bike anywhere it’s proper and legal to do so; the company keeps track of where its bikes are, and potential users can see on their phones where the nearest one is. 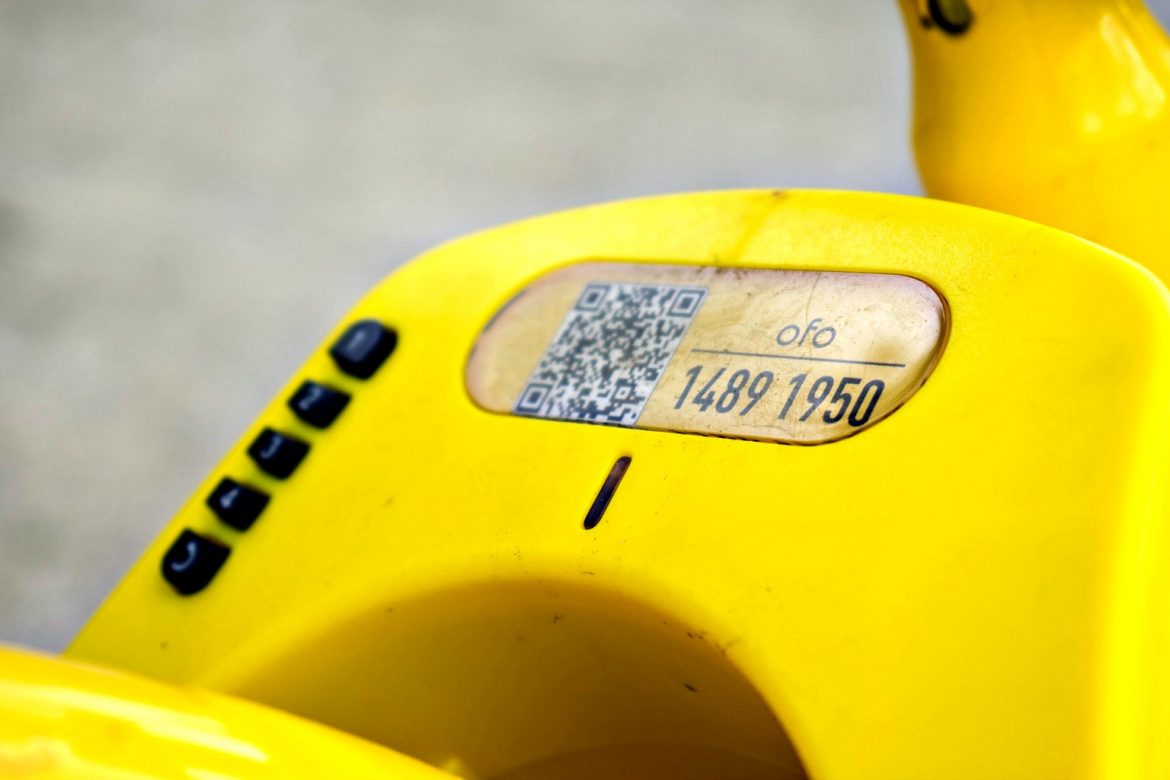 As part of its strategy for customer satisfaction, ofo routinely “rebalances” its bikes — moving them to places around the city it has learned are popular spots for picking one up for a ride — and will do the same in Worcester.

Fast-growing ofo has established its program in some 150 locations around the world, with Worcester one of the smallest to attract its interest. That’s a tribute to the efforts of students, particularly at WPI and Clark University, as well as biking and environmental organizations, the Worcester Regional Chamber of Commerce and city leadership, to bring the novel bike-sharing model to the city.

“This is a decision and a partnership that has a lot of research behind it,” Barry Maloney, president of Worcester State University, said at Thursday’s launch. He said students today care strongly about transportation and sustainability. “We have a very young community, and the young minds that are in this community are going to shape the direction of this community in the decades to come, and this is just one small example,” he said.

The message about the city’s relative youth, and its enthusiasm for and readiness for the future, was echoed by Chamber President and CEO Timothy P. Murray, and Augustus.

The city manager said the bike-sharing program reflects “our hopefully openness to embrace new ideas,” citing as other examples the increasing presence of food trucks and public art, and last month’s switch-on of the impressive Greenwood Street Solar Farm.

In other words, is Worcester with-it, or what?

“We believe that by working together, we can actually make the city use less car[s], and make transportation and mobility more accessible by anyone in the city,” Grace Lin, head of ofo’s U.S. division, told Thursday’s gathering. “This is the home of successful businesses, this is the home for wonderful world-class colleges and research, so we are really happy to be a part of here.”

These yellow bikes aren’t just “green” environmentally; they’re cheap. The $1-per-hour fee is actually half that for college students, who pedal for 50 cents an hour. Technology keeps track of the time the bikes are actually in use and charges the borrower for however long he or she rode the ofo before putting in back in circulation for the next user.

No one wishes the bikes to litter the landscape or become a nuisance or eyesore. The dockless convenience means riders need to be responsible to leave the bikes neat, unobtrusive and upright.

Helmets are not provided. Massachusetts requires bike helmets only for those ages 16 and younger, but we think wearing them is wise for all ages.

While the city only has 200 of the bikes — with 200 more to come — it has big bragging rights for being only the second U.S. location for ofo.

Seattle, an innovation hot spot, got its thousand or so ofos last month. So in a sense, Worcester can connect the hipster dots to that city, with which we share an artsy vibe (witness today’s stART on the Street), an interest in wellness and the outdoors, and a penchant for fancy coffee places.

We’re all for ofo in Worcester, wish the effort success, and share in the belief that it will find it. For now, there’s really only one way to spin the arrival of this service in Worcester: Download the app and hop on a bike.