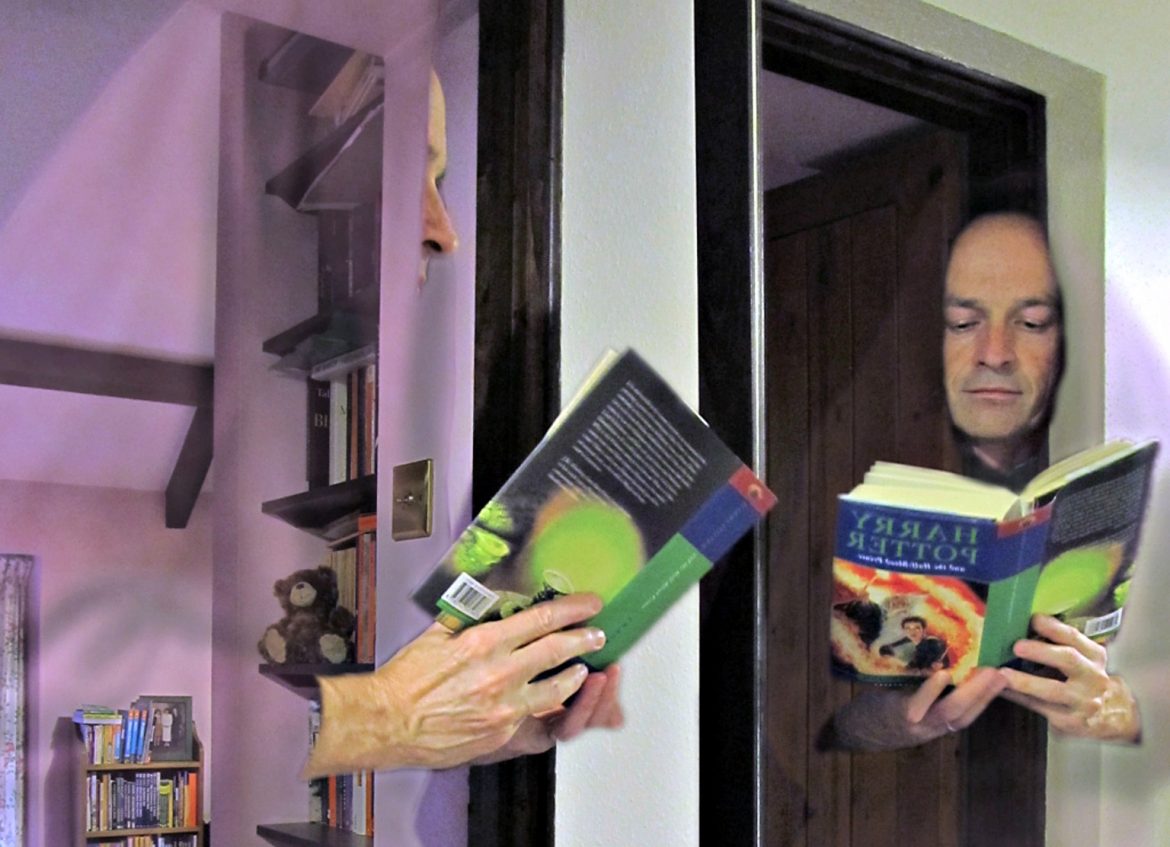 What if ... Worcester was faced with a group of invisible hooligans run amok?

This article was originally published in the June 18, 2017, edition of the Sun.

Wondering what the future could hold for wearable technology? Find out with author BJ Hill in the Sun’s serial glimpse into the fantastic (and mostly fictional) possibilities of a not-so-distant tomorrow.

WORCESTER, Aug. 11, 2047 — All 15-year-old Varun Ranganathan wanted for Christmas was an invisibility cloak like the one his friends were getting.

He had no idea how much trouble it would cause.

Mr. Ranganathan was among a large group of teenagers who, in the words of Worcester Police Department spokeswoman Kendra Jibrell, “terrorized” the Worcester Independence Day Parade last month. The teens ran through crowds, jostled spectators, threw punches, vandalized floats, and filched purses and valuables, while shrouded in invisible cloaks.

The ruckus forced the Worcester Police Department to shut down the parade just 30 minutes after the 11 a.m. start time.

Detectives at first had no leads – there were lots of angles taken from citizens’ cellphones, business surveillance cameras and police drones, but none of the footage showed the invisible perpetrators.

“Our detectives had a theory there was a specific teenager, not unknown to us, who was among the hooligans,” Officer Jibrell said. “Then we looked up his parents’ online purchase history and found they had bought one of these — what the kids call ‘invisible cloaks’ — right around Christmastime.

“From there, it was easy to connect social media and cellphone tracking to learn whom he was with that morning. We questioned him, and the rest of the case fell into place.”

All 40 perpetrators, because of their age, were sentenced to community service.

The crime is just one of many that have occurred nationwide since a Chinese-American venture, Shìlì, began to market invisibility cloaks to consumers last year as part of the Harry Potter 50th Anniversary Commemoration. Sixteen million units have been sold in the United States, with most sales around the Christmas shopping season.

The “see through” effect is generated by hundreds of small cameras on each side which take video, process the image, and show on square-inch displays on the opposite side. The most popular version is the $630 Chameleon model, which covers the front and the back, the head to the ankles. Mask, glove and boot add-ons are available.

“The problem with these cloaks is they’re all novelty and no benefit, unless you’re up to no good,” said state Sen. Dill Potts, D-Worcester, who has been working since 2045 to have the devices banned in Massachusetts.

“The Supreme Court Case Nassar v. the State of Rhode Island says even police can’t use invisibility cloaks as surveillance, since the expected right to privacy trumps the convenience to law enforcement. So right now, invisibility devices have no use in consumer hands, except to cause mischief.”

Since Christmas there have been roughly eight criminal incidents each week in Massachusetts involving invisibility cloaks.

Some are simple trespassing and vandalism cases, like in the case of the Saint Patrick’s Parade in March. In January six cloaked minors entered the Worcester Art Museum Arms and Armor Collection on West Boylston Street during normal business hours and staged approximately $24,000 worth of destruction before dashing out.

“It was like a haunted house, with things being tossed around and voices laughing and yelling,” said a volunteer at the time.

Most episodes involve muggings and robberies.

“It’s very unsettling when you see a handgun float through the door, point at you until you hand over what’s in the register, and then float out again,” said Emir Bahtouti, whose convenience store on Salisbury Street has been held up by invisible thieves twice since November. “Before, even if the crooks wore masks, you’d see their height and build and body language.

Other cases are even more sinister. In February, 28-year-old Seth Conner of Leominster was arrested after being discovered lurking in a Fitchburg daycare. One of the instructors bumped into him while fetching cleaning supplies from a closet. He later confessed he had sneaked into the building and was wandering the childrens’ rooms undetected for about two hours.

Law enforcement agencies are researching anti-invisibility techniques. Though Officer Jibrell would not comment which method exactly Worcester is considering, companies like BluFaze and Míngxīsell sell military-style goggles with heat sensors.

While police are scrambling to update their toolbox with invisibility detecting devices, legislatures are weighing their legal options. According to Potts, some of the options are either a prohibition on invisibility cloaks used by juveniles, a class-and-exam license process, or banning the devices outright.

Potts is facing a challenge from the right, however. The Firearm Owner Association of Massachusetts claims invisibility cloaks are an invaluable tool for hunters. Moreover, “People tell me that in case of a break-in, their kids know to reach for the invisibility cloak and hide,” said Brittani Huffman, regional director of FOAM. “You take away our cloaks and you take away our enjoyment of hunting and the ability to protect ourselves in our homes.”

In addition, the New American Constitutional Liberties Union has vowed to fight regulation. “A cloak is simply a piece of clothing and state governments have no authority to tell people what clothes to wear,” reads a statement on the organization’s website.

As for Varun Ranganathan, he believes his 60 hours of community service has taught him a lesson.

“I’m not asking for another cloak again, even though all my friends are upgrading to the new Zero Heat versions,” he said. “I got a birthday coming up and I’ll be asking for something safe instead, like one of those new HumAnDroid models with Artificial Intelligence. Nothing can go wrong with that!”

Author’s note: True invisibility would require physics and chemistry far, far beyond our scientists’ knowledge, but “optical” pseudo-invisibility, using discrete lenses and screens, is within engineers’ grasps. In 2012 Mercedes-Benz drove an “invisible minivan” around Germany. As reported in the Daily Mail, “The camera shoots video on the passenger side of the car and the video is displayed in real time on the driver side of the automobile.” It was a nifty stunt, but it wasn’t difficult to make out the shape of the vehicle.