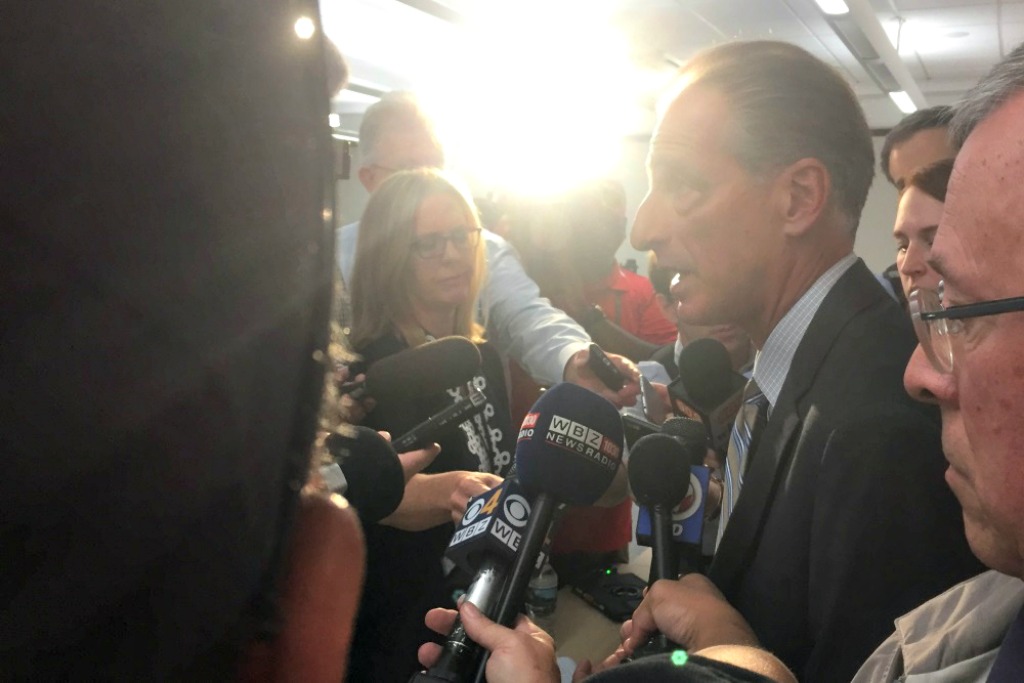 Steven Hoffman, chairman of the Cannabis Control Commission, has been serving as the commission's interim executive director.

BOSTON — With the Cannabis Control Commission’s work of standing up a legal marijuana market in Massachusetts now underway, the group that backed legalization on the ballot said the commission has to start pressuring the governor and Legislature for more money.

The commission held its first business meeting Tuesday, after which Yes on 4 coalition spokesman Jim Borghesani said the group’s first order of business should be making sure they have the financial resources they need to implement the marijuana law on time.

“They have to start the pressure right away on the Legislature and the governor to make sure they get the funding that they need,” Borghesani, who also represents the Marijuana Policy Project, said.

The Executive Office of Administration and Finance transferred $500,000 from the Cannabis Costs Reserve to the CCC last week to support initial start-up costs for the commission, including payroll for the five commissioners. The fiscal year 2018 budget included $2 million for the Cannabis Cost Reserve, though Treasurer Deborah Goldberg has said the commission will need an annual budget of roughly $10 million to properly oversee the new industry.

Commission Chairman Steven Hoffman said Tuesday that the transferred funds will be “enough to get started,” but not enough for the CCC to complete its work.

Hoffman on Tuesday presented the commission with a list of roughly 50 tasks he said the body would have to complete if it is going to successfully establish a regulatory and operational framework for the marijuana industry by July, the target for having retail sales launch.

Each commissioner was assigned responsibility for a set of those tasks and Hoffman said he wants to develop “project plans” that will inform the rest of the commission’s work and its budget.

“I can’t tell you at this point how long that ($500,000) will carry us but I know one of our very first orders of business is to do these project plans, consolidate them, and then go back to the Legislature and say here is what we need to get the job done,” he said.

In the coming weeks, lawmakers are expected to consider a fiscal 2017 closeout budget, which looms as a potential vehicle for additional commission funding.

But money is also relatively scarce within the state budget, as evidenced by soaring healthcare costs and spending cuts in the face of anemic tax growth.

In addition to money, the CCC is also constrained by time. Hoffman said last week he intends for retail marijuana sales to begin by July 2018, but did not guarantee that the nascent commission would meet that timeline. Now that he’s wrapped his head around the work ahead of them, Hoffman said he is more confident about meeting that deadline.

“I know this is going to sound a little bit strange, but I’m actually more optimistic than I was last week,” he said. 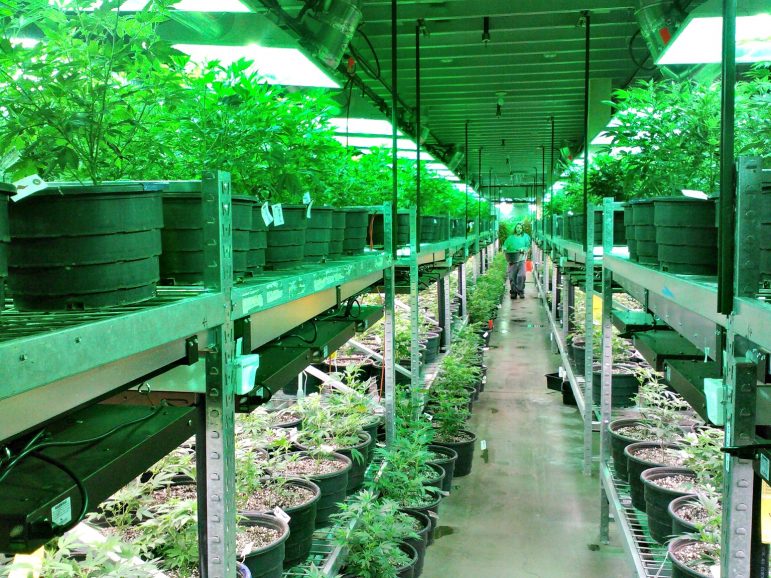 After voting in December to delay many key aspects of the ballot law by six months, the Legislature’s target date to begin licensing retail pot shops is June 1, 2018 in order to allow retail sales to begin in July.

The CCC is under a tight schedule to get up and running and begin issuing regulations and setting up an application process to be able to begin licensing retail marijuana shops. The CCC is required to promulgate initial regulations on roughly three dozen topics by March 15, and then must begin accepting licenses for retail, cultivation and manufacturing facilities by April 1.

Because “we have a lot of work to do and we need to get working immediately starting right now,” Hoffman put his own name forward to serve as the young agency’s interim executive director until the CCC finds and hires a permanent director. The motion prevailed 5-0.

The temporary appointment is intended to allow the CCC to get to work on things that, by statute, must be done by the executive director. Hoffman said that as interim executive director “only operational responsibilities will be conducted, no other deliberations with commissioners on other matters will occur.”

He and other commissioners made clear they want his tenure as interim executive director to be as short as possible, and commissioners said they would be extra careful to make sure they do not violate the open meeting law.

“I wanted to see somebody appointed today to get work underway, including convening a meeting of the Cannabis Advisory Board, so I think Mr. Hoffman made a good decision putting himself as the interim executive director. We’re fine with that,” Borghesani said after Tuesday’s meeting. “At this point, we want to get the ball rolling, I get the sense that the commissioners do too, so I think making him interim executive director will help that.”

The CCC also elected Commissioner Jennifer Flanagan, a former state senator from Leominster, as its treasurer and Kay Doyle, who worked for the Department of Public Health’s medical marijuana program, as its secretary.

The CCC has not yet scheduled its next meeting, though Hoffman said he anticipates it will be held next week. He said he expects the CCC to meet regularly, probably weekly, and to hold meetings in different locations around the state.