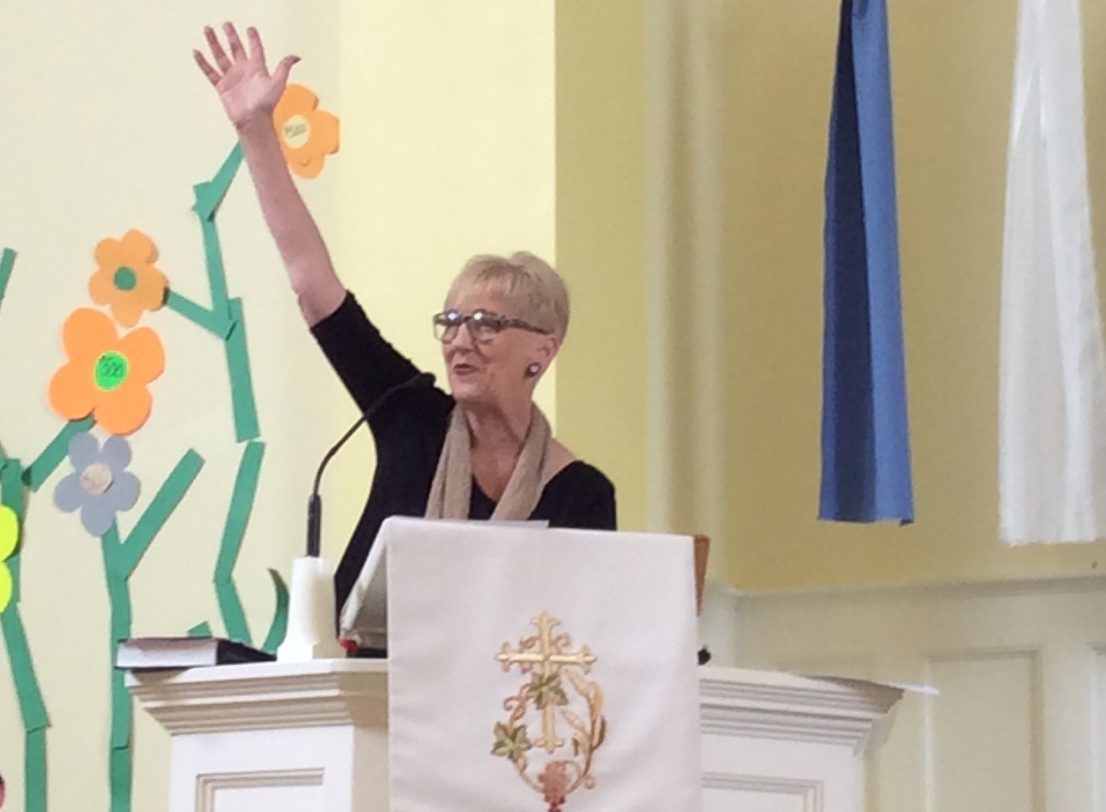 More than 7,000 donors contributed to the success of this five-year campaign, which is the third and largest in the Worcester State Foundation’s history.

“I am humbled by the generosity that has generated $17 million for the mission and purpose of Worcester State University and will change our students’ lives,” Maloney said. “As so many of our alumni donors have experienced, a Worcester State University education is transformative. So many were the first generation in their families to attend college, and their Worcester State degree led them upward and onward. Today’s students — who continue to be mostly first-generation to college — succeed at a phenomenal rate when someone invests in them with a scholarship.”

The Worcester State Foundation has seen its endowment grow from $15 million to $26 million over the course of the campaign, while providing more than $1 million annually to the university.

Ursula Furi-Perry, an expert in building, managing and executing new projects and programs, has been named Assistant Dean of Becker College’s School of Nursing and Behavioral Sciences.

An experienced attorney and professor of legal studies and criminal justice, Furi-Perry will provide leadership to the departments of Criminal Justice/Legal Studies, Psychology and Education, and oversee courses in Sociology and Government. Her appointment is effective immediately.

“I am thrilled to collaborate with the talented faculty, staff and students at Becker, and excited to be a part of Becker’s innovative, dynamic curriculum and culture,” Furi-Perry said.

The most comprehensive economic impact study of the nonprofit arts and culture industry ever conducted in the United States, Arts & Economic Prosperity 5 was conducted by Americans for the Arts, the nation’s leading nonprofit organization for advancing the arts and arts education.

Results show that nonprofit arts and culture organizations spent $64.5 million during fiscal year 2015. This spending is far-reaching: organizations pay employees, purchase supplies, contract for services and acquire assets within their community. Those dollars, in turn, generated $46,052,000 in household income for local residents, $3,107,000 in local government revenue, and $2,579,000 in state government revenue.

“In Worcester, we understand that art works. Worcester is home to world-class art, theater and concerts, and they add tremendous value, not only to our culture but to our economy,” said Worcester City Manager Edward M. Augustus Jr.

“The empirical data from this study is eye-popping, it proves the arts and culture industry is a major factor in the economic well-being of the Worcester community and its populace,” Worcester Chief Development Officer Michael E. Traynor said. “The creative economy is an indispensable component of our economic development agenda.”

“The study confirms that the arts in its many forms contributes to the economic vitality of our city and region. Worcester’s growing restaurant and foodie scene is just one example of how the arts and creative economy can come together to create jobs and generate revenue,” noted Timothy P. Murray, president and CEO of the Worcester Regional Chamber of Commerce.

“The impact of cultural assets and organizations should be measured not just in dollars but in the way the arts elevate our entire city,” Mayor Joseph M. Petty said.  “Beyond just brick-and-mortar construction and development, a modern 18-hour city needs a vibrant culinary and cultural sector to move forward.”

“Robotics and unmanned systems is one of the fastest-growing sectors of the U.S. economy, and current innovations are top-of-mind among consumers, government, companies and the news media,” UVSI said.

The LGBT Asylum Task Force will hold its inaugural fundraising gala from 5:30-10:30 p.m. Saturday, Oct. 21, at the Beechwood Hotel, 363 Plantation St. Proceeds will help support the 16 to 17 asylum-seekers the task force supports at any given time.

There will be a cash bar, silent auction, buffet dinner and music from jazz saxophonist Willie Sordillo, and Dale LePage and the Manhattans.

Participants will also hear personal stories from LGBT asylum-seekers who have escaped countries in which it is illegal and/or dangerous to be gay. As immigrants and people of color, their welcome also isn’t assured in America. The task force provides housing, food, a stipend and sense of community to these individuals as they walk their journey toward independence and asylum.

More information is available on the LGBT Asylum Task Force website or by contacting Denise Darrigrand by email at denise.darrigrand@gmail.com.