The Amalfi coast -- it just ain't what it used to be.

If the Amalfi Coast isn’t all that it used to be, blame John Steinbeck.

In May 1953, Steinbeck published his essay “Positano” in Harper’s Bazaar, bringing the picturesque fishing villages of the Italian coast south of Naples to the attention of an increasingly affluent American public.

“Nearly always when you find a place as beautiful as Positano,” Steinbeck wrote, “your impulse is to conceal it. You think, ‘If I tell, it will be crowded with tourists and they will ruin it, turn it into a honky-tonk and then the local people will get touristy and there’s your lovely place gone to hell.’ There isn’t the slightest chance of this in Positano.”

Steinbeck was mistaken. Never underestimate the lure of a beautiful seaside town, or the ingenuity of Italians when it comes to packing more motor scooters, cars, tour buses and visitors than you can imagine into a town that has literally no place to grow.

If Positano were to host so few as 500 people a day during the height of the tourist season these days, it would be cause for panic among dozens of merchants, restaurateurs and guides who depend upon the crowds for their living. In fact, Luigi, our driver during our recent outing to the Amalfi Coast (only brave or foolish visitors tackle the road’s hairpin turns) assured us that tourism accounts for some 95 percent of the local economy.

To the north, sprawling Naples has never lacked for attention, and the islands that outline its majestic bay have been popular since before Roman times. 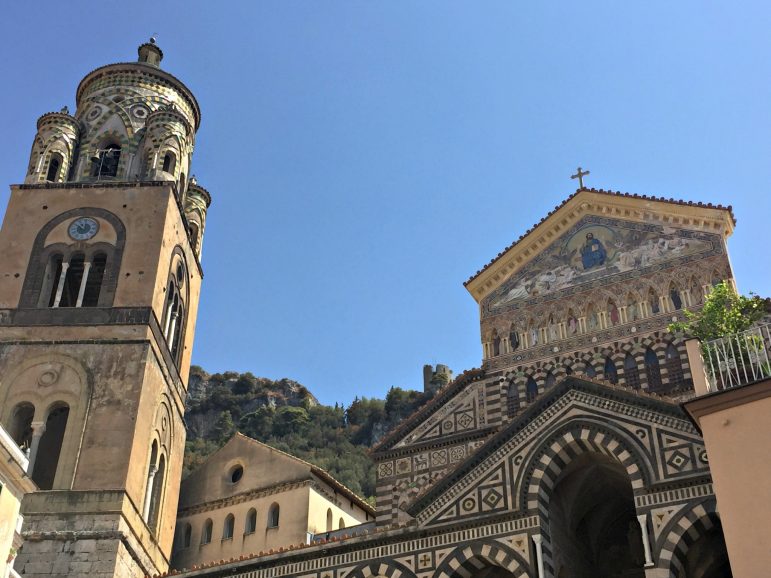 There had been many visitors before Steinbeck, including wealthy adventurers, artists, writers and musicians, but as Italy recovered from the ravages of World War II, the entire world discovered Positano, Amalfi, Ravello, and the lesser-known places in between.

“Italians are pleased and perplexed,” wrote journalist Luigi Barzini Jr. in “The Italians” (1964). “Every year since the end of the war they have seen the number of foreign visitors to their country increase at an incredibly rapid rate. The phenomenon has now reached unprecedented, practically inexplicable, and almost alarming proportions.”

A few years later, English writer H.V. Morton confirmed Barzini’s alarm: “I found the town [Amalfi] congested with tourists and choked with motor coaches. People from every country in Europe swarmed over what was once so simple and peaceful a place.”

For many Italians, the congestion is simply the price that must be paid for the tourism that sustains them. Others would surely prefer to have their towns back.

Rereading Barzini, I felt temporary chagrin for having contributed, however slightly, to the congestion at the height of the tourist season. But only temporary chagrin, for would anyone really wish to see a return of that less enchanted Italy?

Look beyond the shops selling gelato, ceramics and limoncello, put aside for a moment the admittedly stunning beauty of emerald and azure bays, and you can still see traces of the history that drove so many millions of Italians elsewhere.

Amalfi, a maritime powerhouse in ages past, was laid low by rival Pisa. Its cathedral and much beauty endure, but the absence of old buildings on its waterfront is testament to a tsunami in 1343 that destroyed its port.

In Furore, a bit farther south, ancient houses cling to the cliffs. Long abandoned, they are now being reclaimed for purposes of tourism. But it is important to recognize that the fishermen who once lived there moved away — long before the tourists arrived — to seek a better life in America and elsewhere. 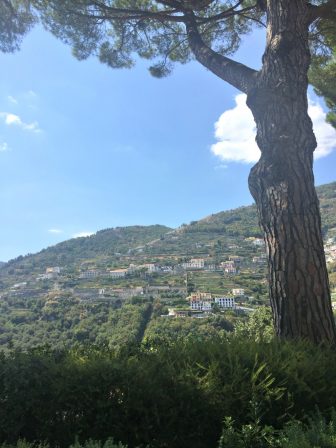 Farther south still, Ravello hosts an annual music festival, charming villas and stunning views. But it owes its existence to the Romans, who built it as a refuge from the barbarian invasions that unmade their empire in the fifth century.

We moderns too often view history in a linear way, assuming that, over time, things will improve and progress. Or, at the least, that the past is gone forever.

In Southern Italy, history is better viewed cyclically. Life clings to the rocks here, as it always has. Periods of splendor have alternated with long stretches of poverty and malaria, both punctuated by shattering earthquakes and the ravages of Vesuvius.

There are abundant and wonderful reasons to visit the timeless landscapes of Southern Italy, and every reason to revel in the pleasures they offer. Just remember that those pleasures are best savored with one eye fixed warily on the many and bitter lessons of history.