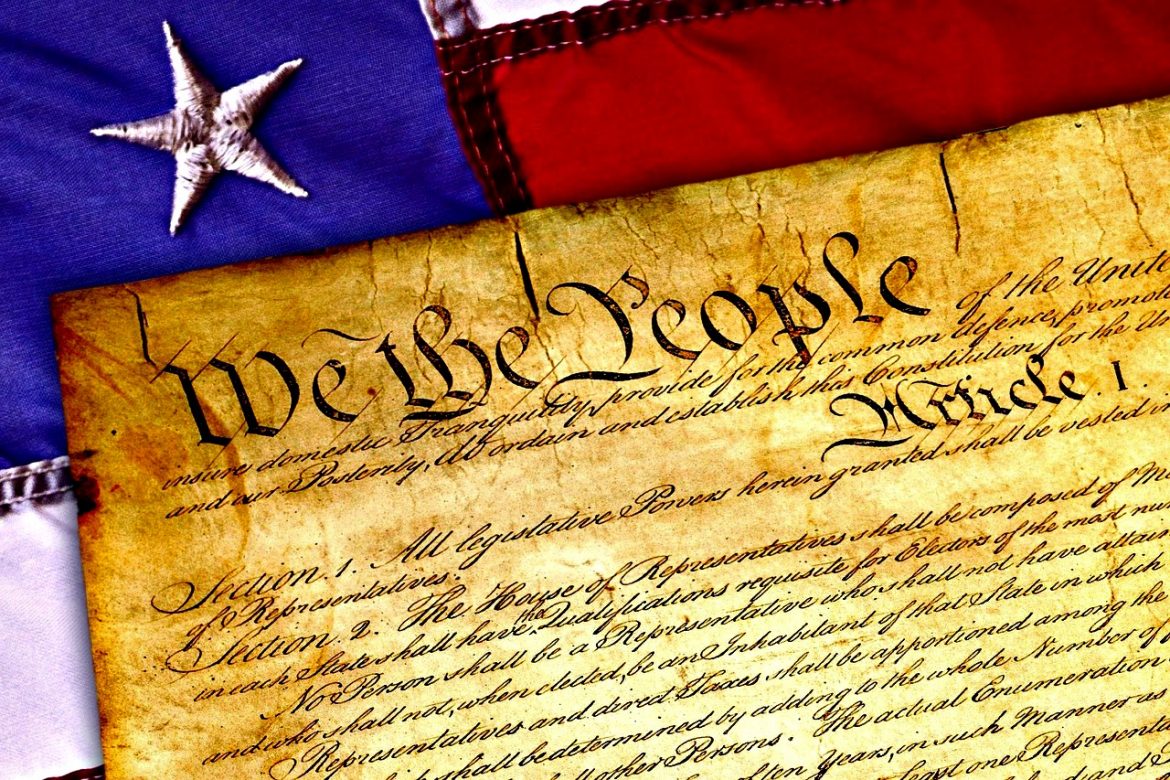 Some 230 years after it was signed, the Constitution is still a conversation piece.

You know people really care about something when they can’t stop talking about it. For 230 years, we the people of the United States have been talking about the Constitution. That ongoing discussion was renewed once again last Sunday night at Millbury’s Asa Waters Mansion.

Roger Desrosiers, a retired Millbury High School history teacher and president of the Massachusetts Center for Civic Education, led a Citizen Lyceum program that focused on the status of the Constitution today.

Founded in 1987, MCCE is a private, nonprofit and nonpartisan organization that promotes civic education in the state’s public and private schools, courtrooms and communities, primarily through the well-known “We the People” program for students.

Sunday’s event was geared for adult learners. The venue and title were apt, for it was in Millbury in 1826 — the same year construction of the Waters Mansion began — that Connecticut native Josiah Holbrook founded the “Millbury Lyceum No. 1.” Holbrook had studied chemistry and mineralogy at Yale under the great naturalist Benjamin Silliman, later learned farming, and became an itinerant lecturer throughout New England. His mission was simple: provide a common education to the common man.

To paraphrase the 14th Amendment, I think that all persons born or naturalized in the United States ought to be subject to the jurisdiction of someone like Desrosiers long enough to better appreciate the Constitution we all share.

How many of us recall that Article V of the Constitution outlines two methods for bringing forward amendments?

In the long history of our republic, there have been only 27 amendments, and every one of them came about through a vote of the House and Senate. But there is a second method, an “Article V Convention,” that could be called by two-thirds of the states.

In 1911, for example, 29 states were in support of direct election of senators, just two shy of the 31 needed at that time for an Article V Convention. The Senate then relented, leading to the 17th Amendment, which was ratified on April 8, 1913.

In 1969, just one more state was needed to force a convention to consider an amendment to overturn Supreme Court rulings pertaining to U.S. Congressional districts and the principle of “one man, one vote.” That effort faded following the death of its key proponent, Senate Minority Leader Everett Dirksen, R-Illinois.

There are many other fascinating chapters in the history of our Constitution, beginning with the dramatic summer of 1787, when delegates gathered in Philadelphia and just barely worked out a compromise document for the states’ consideration.

The ensuing debate over ratification was reflected famously in The Federalist and the lesser-known Anti-Federalist Papers. Perhaps no documents so eloquently capture the spirited debate that continues to shape our nation.

An excellent current example of that debate is seen in Texas Gov. Greg Abbott’s Texas Plan, a proposal for a raft of constitutional amendments to reverse what Abbott sees as the overgrowth of the federal government. A lively interview on this is available in this Hoover Institution broadcast.

If you like that and want more intellectual stimulation, try John L. Brooke’s “The Heart of the Commonwealth,” a study of the politics and culture of Worcester County, 1713-1861, which contains much about Federalist and Anti-Federalist movements. Brooke’s work is demanding, and after years of mulling it, all I can offer is that our forefathers were passionately attached to shades of difference. Happily, they held the nation together — at least until the Civil War.

Some say Americans today are in the midst of another civil war over the Constitution. If so, it’s a battle among elites. Most common folks, I think, still believe in the Constitution, even if they could use a refresher course.

Whether I am right or not, I will go on choosing the Lyceum over the lawyers, the people over the pundits and the pulpit.

The genius of our Founders, after all, is not the exclusive domain of university professors, newspaper editors or demagogues. It belongs to all. It means little if it does not take root among the people, and has value only to the extent that the people live out its meaning.

That is why the work of folks like Roger Desrosiers matters.