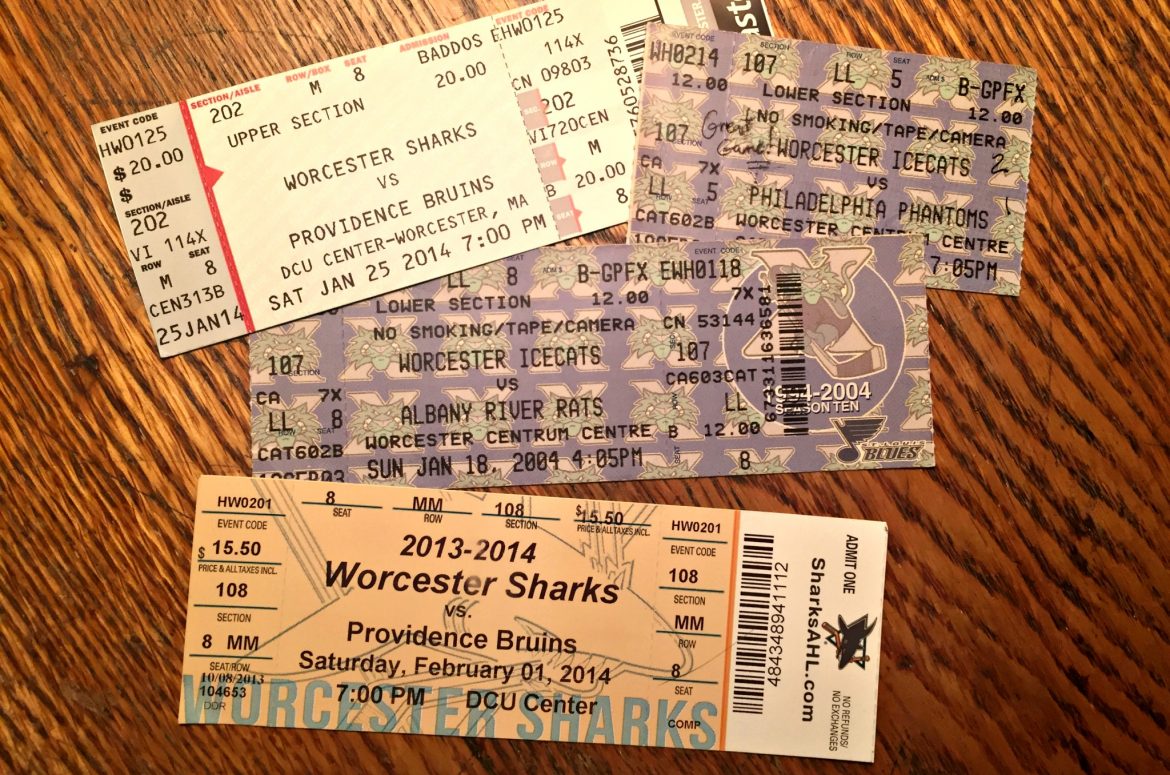 Where the Sharks and IceCats came before, now comes Worcester's latest hockey franchise.

The season opener for the Worcester Railers — the city’s third minor-league hockey franchise in recent history — is being seen by some as a chance to net success where the previous two clubs, the IceCats and Sharks, failed.

I wish the Railers good luck, but how wrongheaded to think of the IceCats and Sharks as failed teams.

The IceCats arrived here in 1994 from Springfield, played 11 American Hockey League seasons, then left for Peoria, Illinois. They are now the AHL’s Utica Comets. The Sharks, after nine years in Worcester, are now the San Jose Barracuda, sharing an arena with their parent, the NHL’s San Jose Sharks.

The list of current and former AHL teams is long. With a few exceptions — the Hershey Bears (1938), Rochester Americans (1956), and Providence Bruins (1992) — AHL teams come and go with great frequency. Many number their seasons in single digits.

The same is true of the ECHL (East Coast Hockey League), where the Railers are one of 27 teams. The ECHL was born only in 1988, but already its résumé includes 57 former or defunct franchises. Will the Railers fare any better than the Greenville Grrrowl or the Huntsville Blast?

One hopes so. But does it matter?

Why measure the success of sports franchises in terms of money and longevity? Like many other institutions, large and small, they have played a role in our civic life.

The IceCats’ arrival in Worcester happened at a time when my own children were still of an age to be enchanted by the pageantry, choreography and occasional bloodshed that is ice hockey. They loved (almost) every minute of every game, on the ice and off, from the slapshots to the overpriced popcorn.

Like so many fans, they adored team mascot Scratch, that fearless feline fur ball whose name was as suggestive of the litter box as the penalty box. I believe a miniature stuffed version of Scratch still resides somewhere in my house, forechecking our stuffed mice from time to time.

My ticket stub for the Valentine’s Day 2004 encounter between the IceCats and the Philadelphia Phantoms notes “Great game!” Indeed, it was a 2-1 Worcester win.

But winning and losing weren’t really the point, whichever team was on the ice. One of the charms of minor-league hockey, after all, is the opportunity to see quality competition among players who have a decent chance to play in the NHL. It’s fun to be able to look at today’s stars and say “Yeah, I saw him play back in the day.”

And yes, minor-league hockey is a whole lot cheaper than refinancing the house before heading to the Boston Garden with the family.

We never developed quite the same love for the Sharks — maybe because mascot Finz was simply less cuddly —  but both teams left their mark. The IceCats drew more than 2 million fans during their sojourn here, and the Sharks nearly 1.2 million. There was parking revenue, merchandise sales and plenty of meals at local restaurants. Each team contributed something to the long, steady progress that downtown Worcester has enjoyed since the day in September 1982 when Frank Sinatra rocked opening night at the Centrum.

The Railers’ opening night is Oct. 14 against the Manchester Monarchs. It should be good fun. And no one should doubt the sincerity and investment the club has already made in the Worcester community.

That said, it is more likely than not that many Worcester hockey fans will live to see the time when the Railers are either derailed or shunted off to some other city in search of a dream. Yet, long after the last Railers puck is dropped, there will be hockey.

It will live on in ticket stubs, photographs and memories of T-shirt promotions and bobblehead nights. In the thrill children feel seeing their name on the scoreboard with a big “Happy Birthday!”

Perhaps ECHL players aren’t quite as good as AHL players. The checking may be milder, the passing less crisp, the strategies less polished.

Who cares? From IceCats to Sharks to Railers to players and teams to be named later, let’s enjoy the moment. Let this new birth of hockey take you back, whether you reminisce about the days of Howe, Esposito, Orr or Gretzky, or your own playing career — however humble.

Call it a rebirth. A new chance. A revival. whatever you like. But don’t look back at Scratch, Finz and the players who glided across the ice sheets of yesterday and call it all a failure.

It was beautiful. It still is.