Even the best of our presidents had their flaws.

Transformational JFK was a legendary lecher (and not the only one). Washington and Jefferson were among those to infamously own slaves. The list goes on. But President Trump raises the ire of his opponents like few elected leaders in history.

His recent irresponsibly pandering speech and attack on the First Amendment rights of NFL players is merely the latest salvo from the Troll-in-Chief.

Hitch, for one, thinks it’s high time to change the channel. 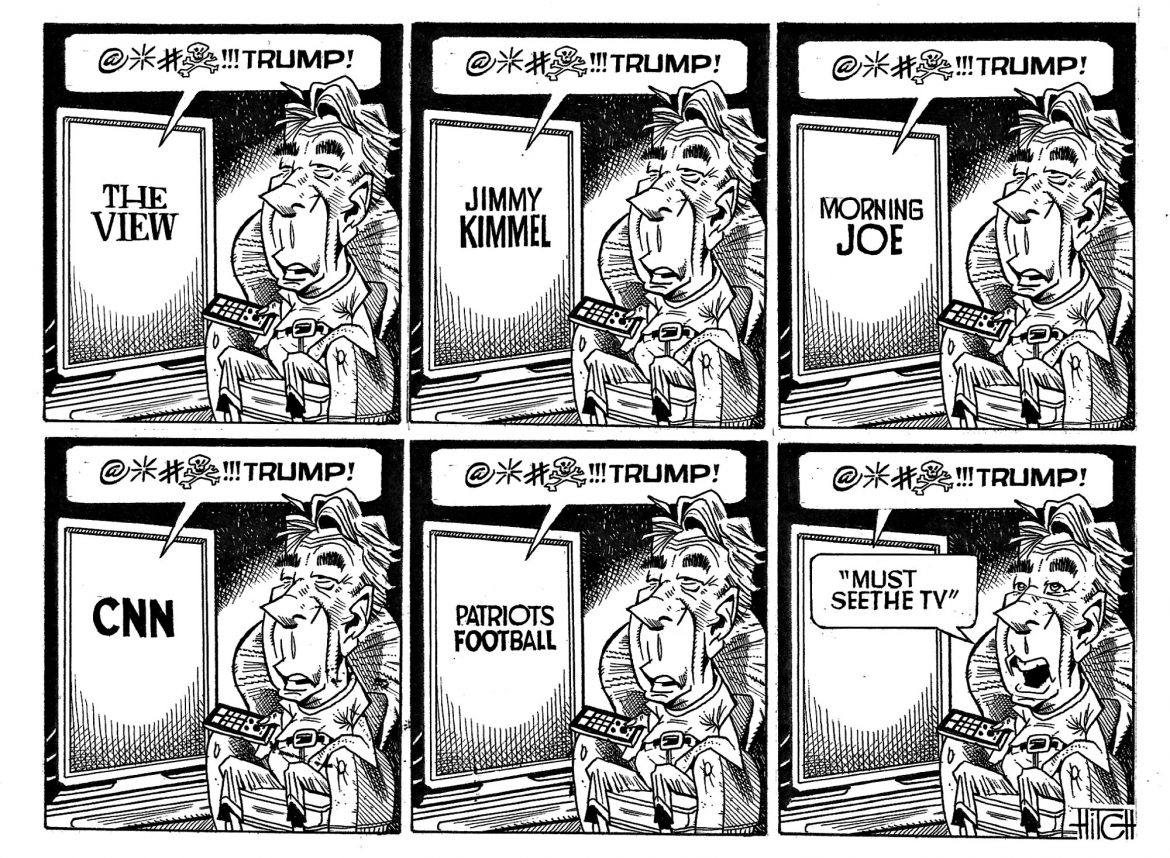