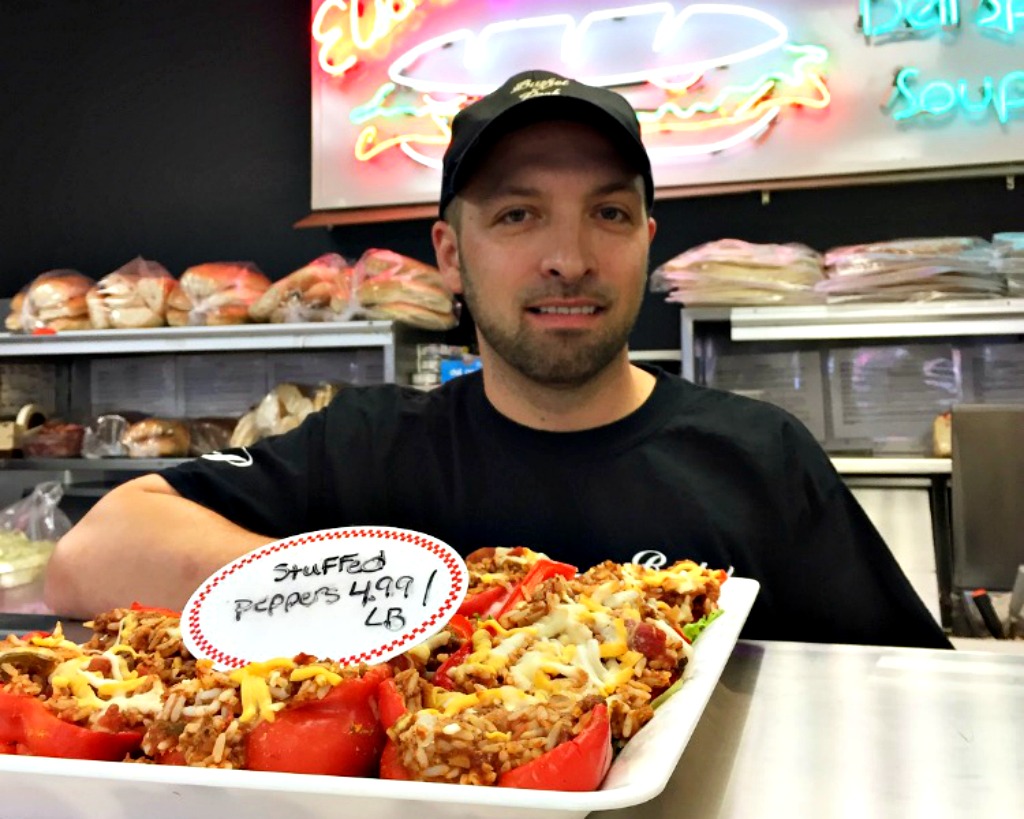 Chef Mike Ashley joined new Bushel N Peck owner Mike Bartosiewicz when the latter expanded to Grafton in 2013. Now the duo are planning to inject Ashley's more modern menu options across the chain and into a new fifth location.

For decades, despite an ownership change in 2005, Bushel N Peck has maintained its perch among the city’s go-to sandwich shops, churning out classic, lunchtime favorites with an old-school American deli sensibility.

And now, 37 years after the Oliveri family opened the first store in Tatnuck Square and after new owner Michael Bartosiewicz added locations in Grafton (2013) and Clinton (2015), Bushel N Peck is on the verge of opening its fifth storefront in Westborough on a bustling stretch of Route 30.

(Then known as Elsa’s Bushel N Peck, the second shop opened in The Summit, on East Mountain Street, in 1990.) 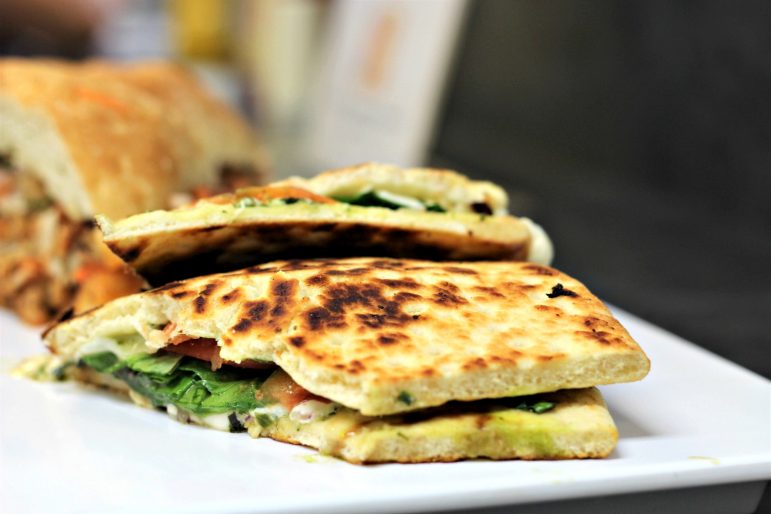 “With the economy growing, we are trying to tap into those new customers,” said Bartosiewicz, a longtime employee of the Oliveri family who bought the business from Tom Sr. and Elsa in 2005. “We want to keep improving and we want to offer new exciting items to maintain our reputation in the community and stay up-to-date with the changing times.

“We chose Westborough as the new location, as opposed to Worcester, because it allows us to expand our reach a bit further.”

The Westborough Bushel N Peck, expected to open by the end of October, will be at 72A East Main St., in the former home of the Yummy Mummy bakery. The new location isn’t the only evolution coming to Bushel N Peck. The rarely changed menu featuring familiar grinders and customer favorites is getting a new look with more diverse and lean options, including gluten-free selections and vegetarian sandwiches.

A few months ago, the Sun featured Bushel N Peck for its ability to rise above the ebbs and flows of the city’s ever-changing food landscape and remain a successful local favorite amid Worcester’s economic, cultural and culinary renaissance. 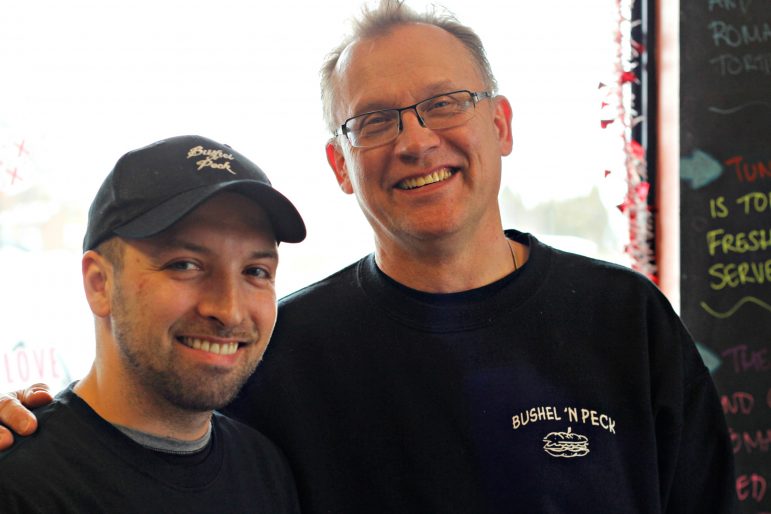 “We have a lot of changes happening at Bushel N Peck,” chef Michael Ashley said. “We have a new cook at our Tatnuck location, Mr. Mike Devish – formerly of Lucky’s Café and an annual contender in Worcester’s Best Awards for short-order cook – and we revamped the menu, which is the first time in over 30 years.”

While the news of expansion may be exciting for Westborough folks, for Worcesterites who live and breathe for a little Bushel N Peck, the excitement comes from the new menu, which will be featured across all locations, though each shop will continue to have distinct offerings.

And don’t worry: The signature premade Italian grinders are still available at the Tatnuck and Summit locations, as well as old favorites like the Jenerator and the Rooster.

“We still have the classics everyone has known and loved, but we are now introducing a slimmer menu with creative vegetarian options, new bread selections and new signature dishes like the homemade BLTs – made from homemade bacon served barbecue pulled-pork style with pickles, vegetables, tomatoes, melted cheddar cheese on ciabatta bread,” Ashley said. 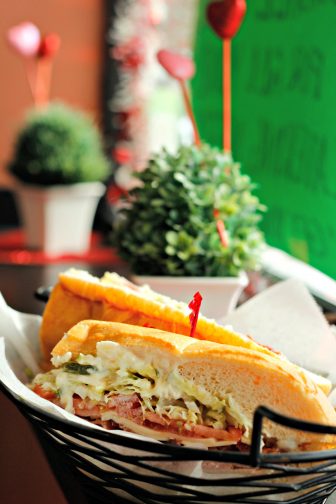 “Bushel N Peck and its sandwich menu has been a staple in the city for years. We are still happy to make any classic sandwich not on the new menu – if we still have the ingredients.”

With the Tatnuck Square location, 643 Chandler St., only a block away from Worcester State University, its new menu selection opens the doors to serve new customers with various dietary needs and wants.

“With both of our Worcester locations within walking distance from major colleges [Quinsigamond Community College is around the corner from the Summit location], and with the new young and eclectic customers, we felt that the change was necessary. The menu is more inviting, especially to those who choose to have a healthier eating lifestyle,” he said. 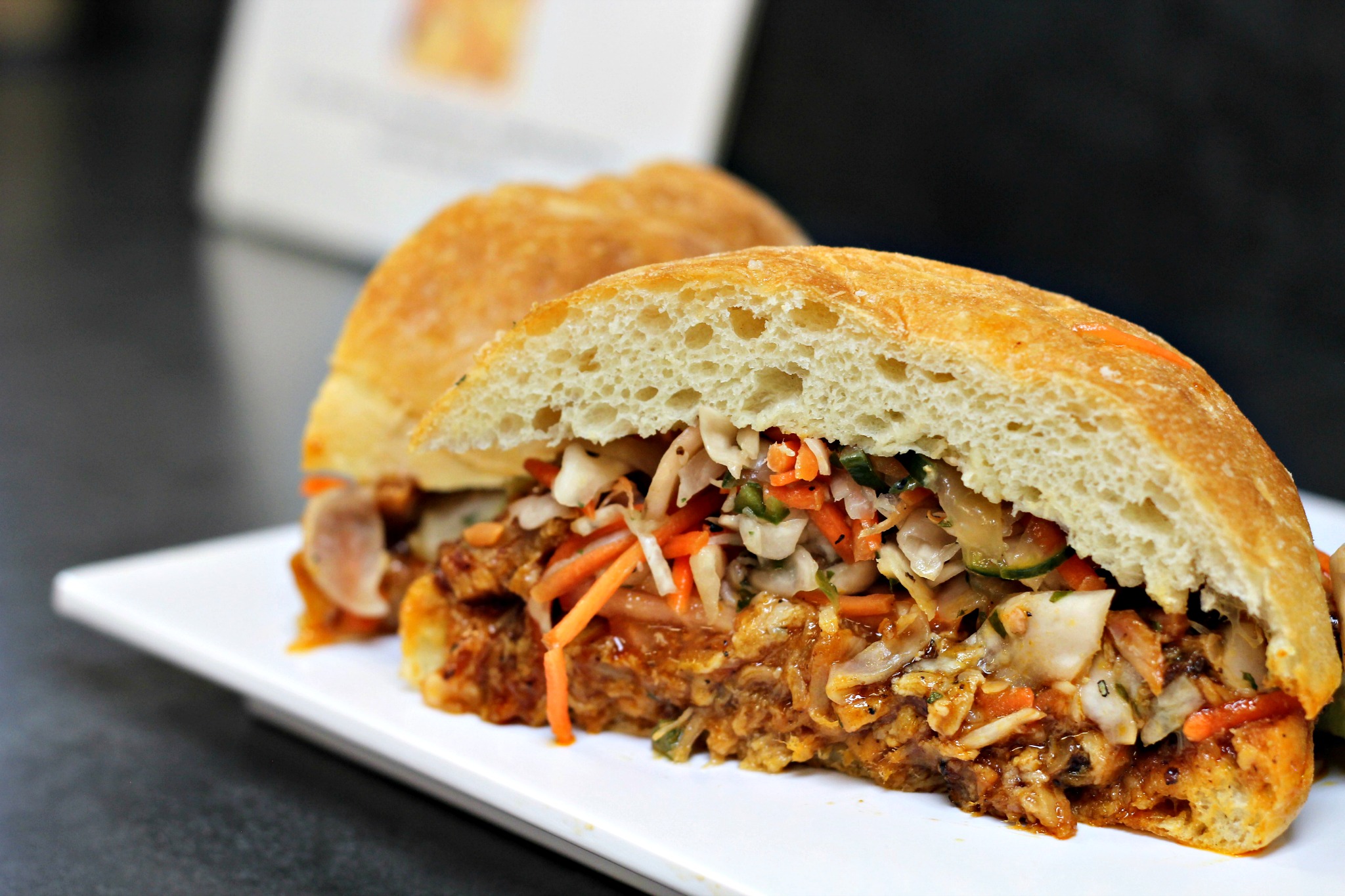 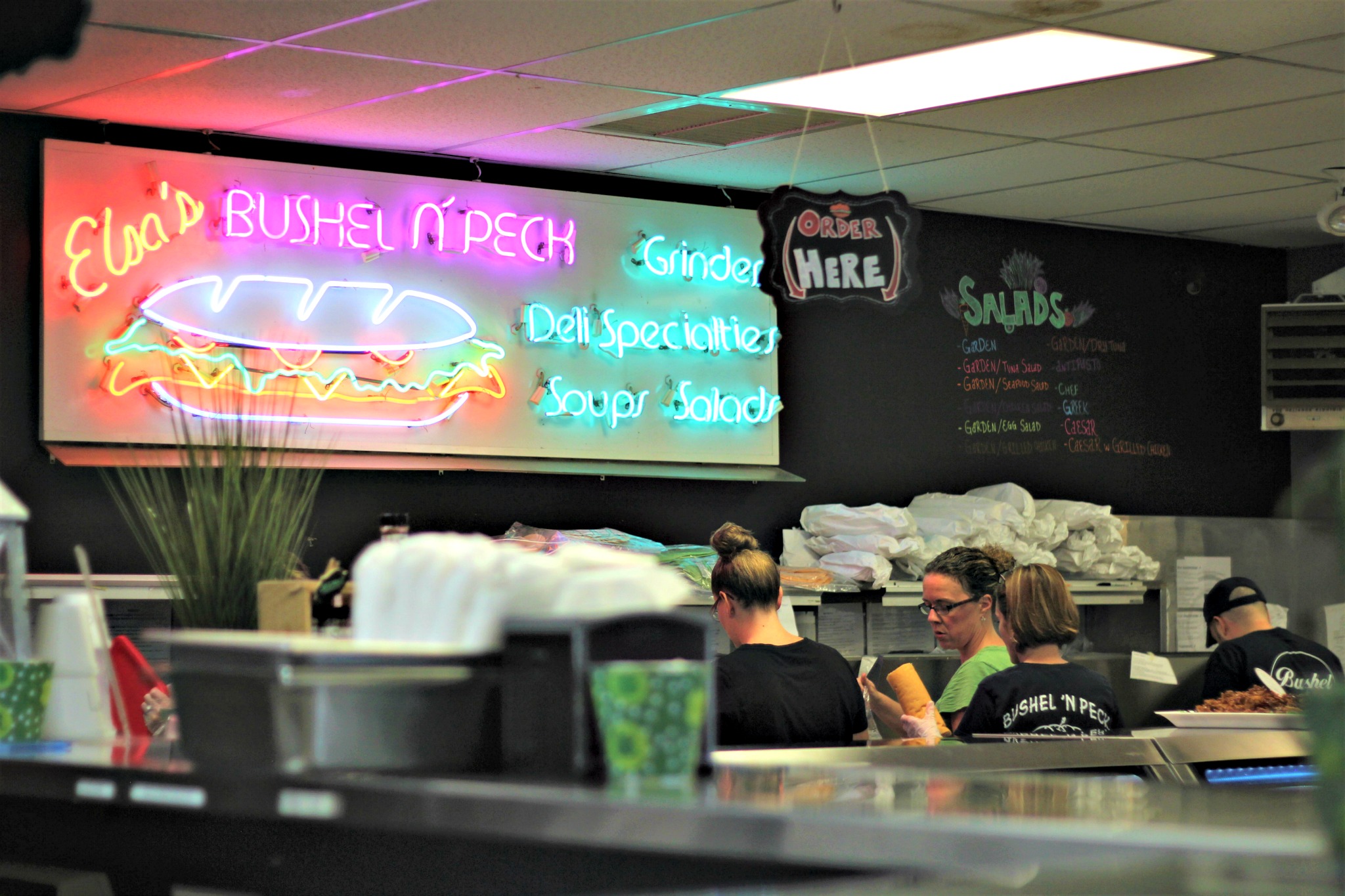 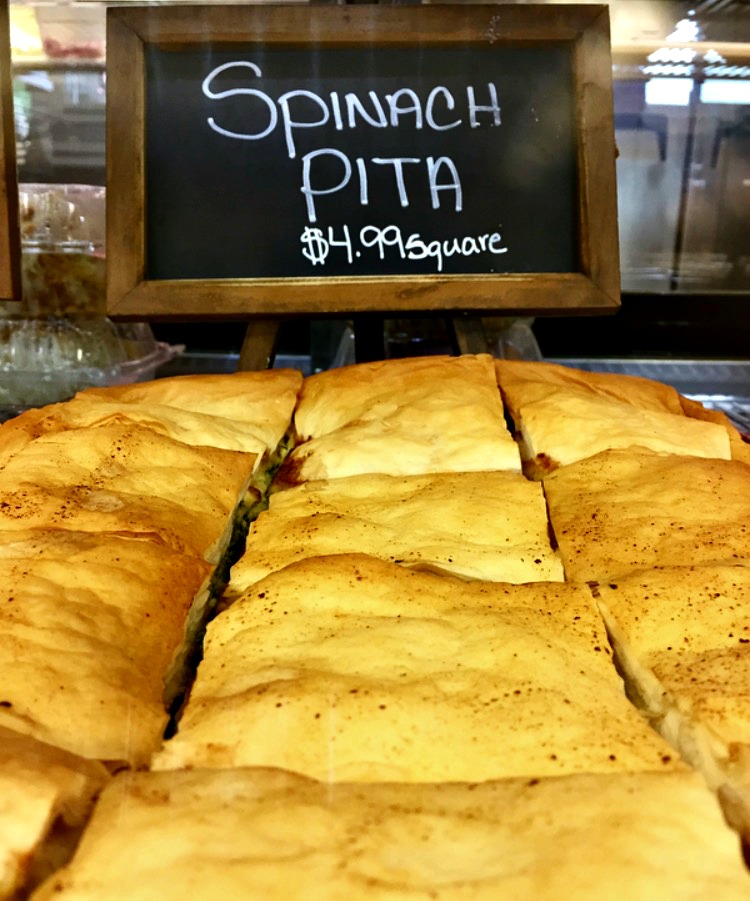 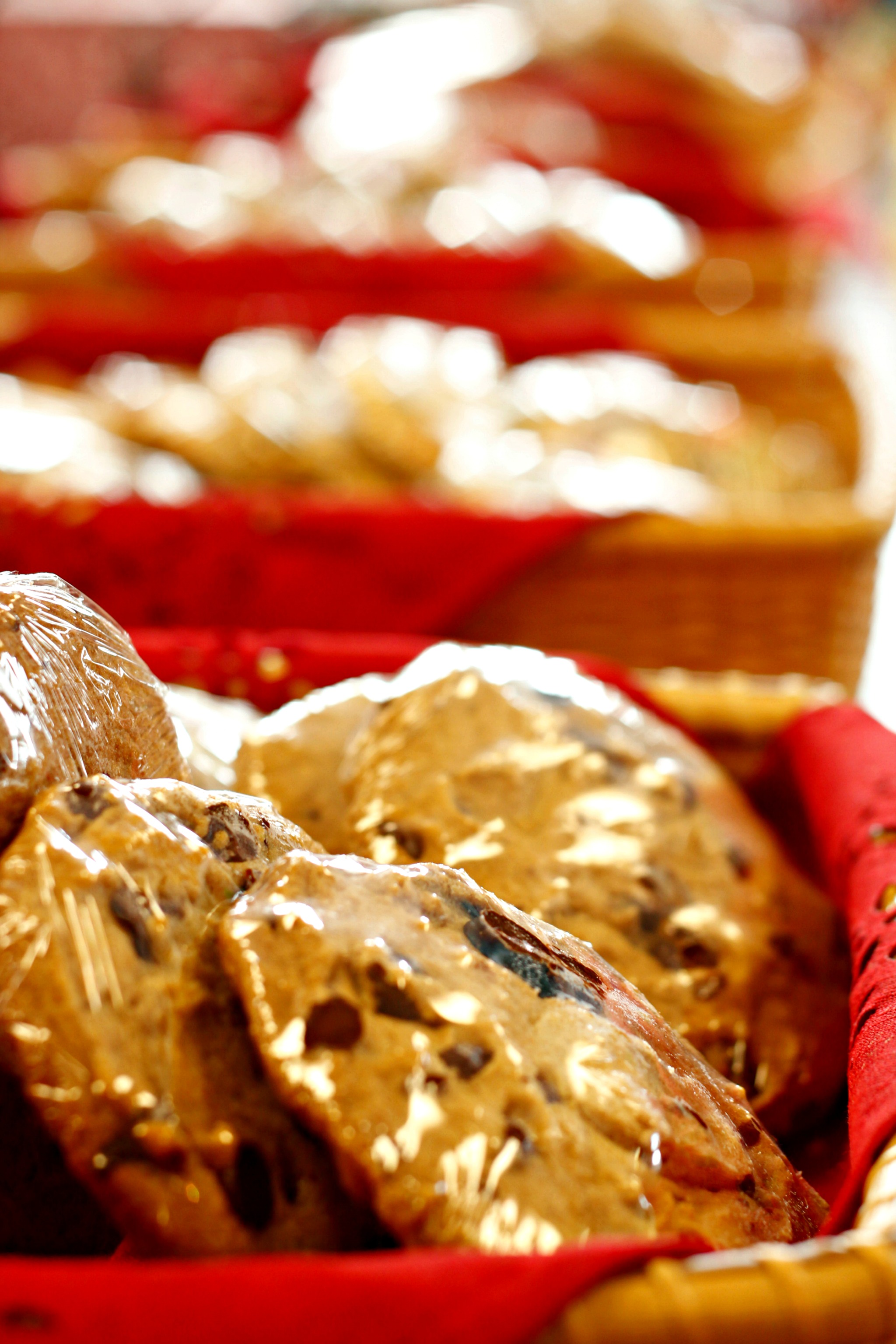 The changes are a way to stay relevant in the burgeoning local food scene.

“The future goal of the Bushel brand is to open more locations and to serve great traditional foods with our own twist,” Bartosiewicz said. “We cannot stay stagnant. We have to stay fresh and new while staying true to our roots.”

Between customers during our interview at the Summit, Ashley agreed, adding: “We want Bushel N Peck to be a comfortable environment that is great for all times of the day and occasions. We want to stay as a friendly neighborhood eatery that reminds us of home, while growing the Bushel N Peck name.”