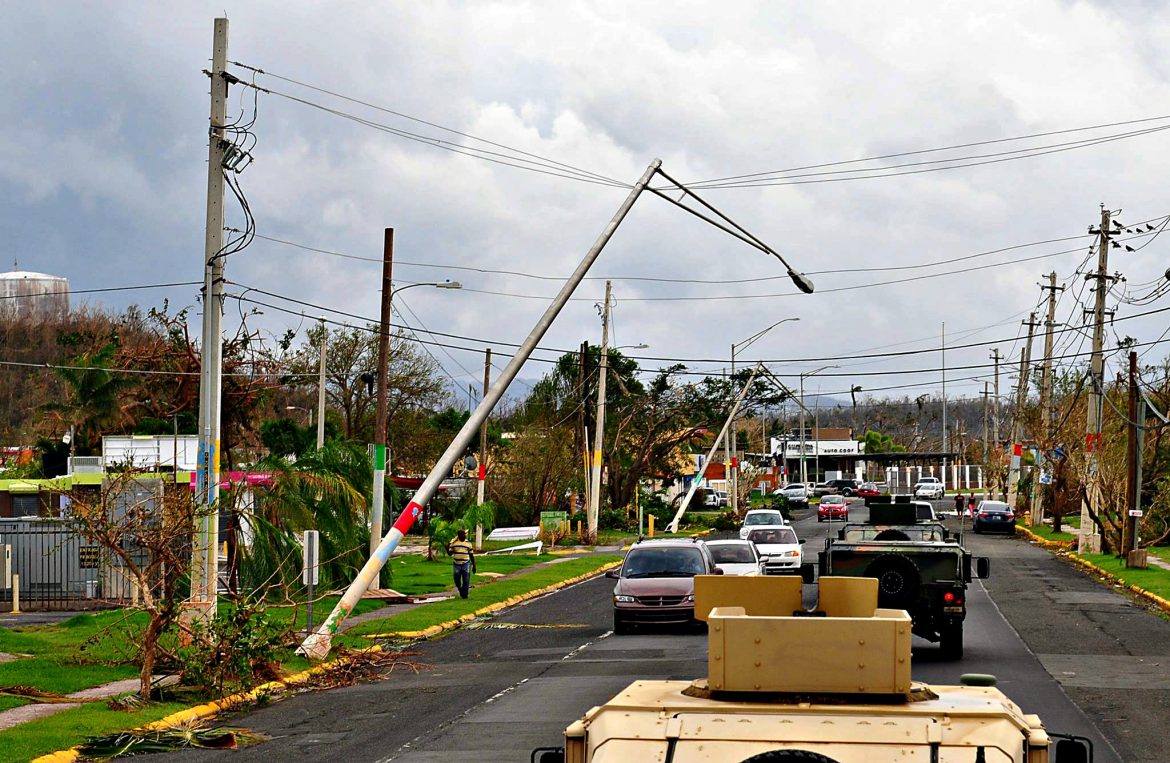 There's much work left to be done to get Puerto Rico back to normal post-Hurricane Maria.

Irma. Jose. Maria. Here, we heard these names among an extraordinary lineup of September hurricanes.

Puerto Rico remembers them well. In turns they battered the U.S. territory — especially Maria, which hit as a Category 4 monster on Sept. 20. It caused death and destruction on a scale officials a month later are still sorting out.

About a quarter of the population is without public drinking water, according to various reports. Other services, from sewage treatment to gasoline pumps to ATM machines, are also agonizingly slow to get up and running again. Crops were wiped out.

It’s worth remembering here, too, that despite President Trump’s callous treatment of this devastating natural disaster — as if sending relief is some sort of charity or goodwill, rather than his obligation — that Puerto Rico pays more than $3 billion annually in federal business, payroll and estate taxes.

The Puerto Rican death toll from Maria and its aftermath is still unknown, and may have been vastly underreported so far. The official count is now at 49. In addition, some experts warn of impending health concerns.

Life is upended there.

But among fellow Americans who are safe and can help, a sense of emergency, a sense of duty, even caring, has not taken hold as we would have hoped. Indeed, the response pales in comparison to that of post-Harvey Texas and post-Irma Florida.

It’s worth thinking about the many unsettling, inconvenient reasons. But right now the priority is people.

Thankfully, the Worcester Police Department has stepped up. As the Telegram & Gazette reported last week, the WPD is sending six officers to Puerto Rico briefly to help with law enforcement.

Like many in the city, each of the six has ties to family on the island. The father of Officer Danny Diaz moved back to Puerto Rico after retiring from a security job in Worcester. It was reported that Officer Diaz wondered for a week and a half after Hurricane Maria whether his father survived.

The two have been communicating via WhatsApp, and Officer Diaz expects to make his way to his dad on a day off. “I’m down there for two weeks. I’m at least hoping to be able to get a hug,” he said.

The other Worcester police officers in, or preparing to go to, Puerto Rico are Sgt. Armando Garcia and Officers David Rojas, Luis Baez and Jose Lugo-Gardner. The sixth officer, whose name was not released, works undercover. The trips are part of a response to the territory under the Emergency Management Assistance Compact, and is being coordinated by state and federal emergency management officials.

But there’s only so much even six very capable sets of hands can do in a two-week stint.

Money is needed for what promises to be a painfully long recovery in Puerto Rico. Contributions may be made to the American Red Cross, AmeriCares, Habitat for Humanity and several other organizations. The U.S. Virgin Islands and other places ravaged by storms this season are also asking for attention and assistance. Depending on the charity, donations may be designated for particular locations in the storms’ paths or used wherever they are most needed.

Devastation to an electric grid that was already outdated and vulnerable put Puerto Rico in such silence and confusion that understanding just how dire the situation is has been slow for officials to determine, and for fellow Americans to take in.

Add to that some awkward statements and photo-ops, and petty political wrangles, involving President Trump on the topic — on top of the usual distractions of Washington’s ceaselessly unsettled political climate.

There is also a pervading feeling among some that Puerto Rico — a U.S. territory since 1898; its citizens do not vote for president and the island does not have representation in Congress — is simply not on a par with the rest of the nation, and that includes the spending of emergency relief dollars.

And many point to Puerto Rico’s overall lack of preparedness and crippling debt problem as a large part of the blame.

There is a simple answer to all of this. In an emergency, the priority is people.

From firsthand reports, photos, data and common sense, we know suffering from September’s storms is widespread and ongoing in Puerto Rico. And it doesn’t stop there but affects, to varying extents, the U.S. Virgin Islands and Puerto Rico’s other Caribbean neighbors.

Our duty is, first, to help ease that suffering — and then to guard against more. That includes rebuilding a stronger infrastructure, doubling down on climate change, and in other ways working to ensure it’s less likely to happen again.

In Puerto Rico’s part of the world, September’s storms passed but are very much present — in debris, darkness, isolation and heartache.