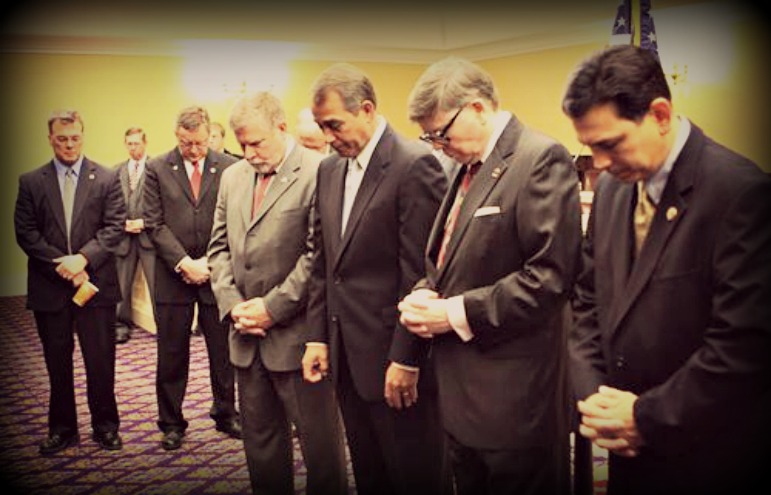 When he opted out of a moment of silence last week in the House chamber, U.S. Rep. Jim Himes was not disrespecting the victims of the mass murder in Las Vegas.

He was respecting his job.

“Anywhere else — in a Rotary Club, at a baseball game — do a moment of silence,” the Connecticut Democrat told “The Daily Show” host Trevor Noah Tuesday.

“If you’re in the one room where you could start fixing this problem … that’s negligence. That’s not honoring anybody. Honoring the victims would mean we’re going to fix this,” Himes said.

It’s sad how much sense this makes.

In a country stymied by political wrangling and divisiveness, Himes’ symbolic stand against moments of silence for gun victims held inside the Capitol building shows more leadership on the issue than we are accustomed to seeing.

This is why Rep. @jahimes refused to take part in a moment of silence for Las Vegas earlier this week. Full intv: https://t.co/e6E9epa38C pic.twitter.com/R4wPXwHWFg

It’s hard to hope that the Las Vegas massacre will mark a turning point for Washington, D.C., which is so overdue on crafting wise and meaningful laws designed to address the country’s serious gun-violence problem. Congress and the White House are, after all, in control of the Republicans (and their NRA overlords), who have long resisted movement on the issue. They rest on excuse after excuse, instead.

But Americans must hope, and push, for progress.

We hope D.C. lawmakers in particular will hear, reflect on, and finally address the deep and heartfelt frustration and fear that only worsen with each new instance of shocking assaults on innocents by often-unhinged people who too easily were able to carry them out.

Himes, who has represented Connecticut’s 4th District since 2009, is not the only congressman to reject moments of silence at the Capitol for victims of mass gun violence.

“The moments have extended into years,” Clark explained.

Moulton said, “I will work to do something about this problem so that it doesn’t happen again.”

Even a California representative, Jackie Speier, who was shot five times in 1978, refused, as she also has in the past, to take part. Also a Democrat, she said it’s hypocritical for Congress to hold a moment of silence when “that’s all we do” about gun violence.

Many in Congress agree that lawmakers must stop moving on to other matters after superficially responding to these tragedies. Statements issued in the wake of Las Vegas — including from U.S. Sen. Elizabeth Warren, who said, “Thoughts and prayers are NOT enough”  — were as forceful as they were frustrated.

Himes has been especially eloquent. In a piece published in The Washington Post, the congressman explained he also boycotted his colleagues’ moment of silence last year, after the killings in Orlando, Florida, that until last Sunday night had been the deadliest mass shooting in modern American history.

Forty-nine people died at the Pulse nightclub on June 12, 2016; in Las Vegas last Sunday night, a deranged 64-year-old gunman with a hotel-room cache of horribly effective assault weapons blasted away the lives of 58 concertgoers while injuring more than 500.

Himes wrote in his op-ed: “Republican leaders will not cross the minority of Americans who fear, at every turn and in every moment, the nonexistent conspiracy to do away with their constitutional rights. And they certainly will not alienate groups like the NRA that are happy to trade lives for profit, some of which will find its way into campaign war chests. …

“We can break the cycle of violence and silence through sustained effort and commitment to the simple cause of saving as many lives as possible. We have no other choice.”

Laws clamping down on the availability and capabilities of firearms aren’t going to end America’s problem. And weak laws are obviously not the only reason mass killings — nor domestic violence, gang confrontations, suicides and violent assaults — occur, adding to more than 30,000 deaths in the United States from guns every year. This is an immensely complex issue, interwoven with social ills and inequalities that are gradually draining the nation’s vitality but also demand our attention.

We need to do all we can to quiet the senseless gun violence, starting with Congress. Lawmakers must listen more to their consciences and their constituents, and less to the wealthy gun lobby, the National Rifle Association. It makes no sense for outrage and pain to happen again and again, and not lead to change.

Public safety is a clear priority and responsibility of government, and it is not at its core an issue of party affiliation.

As we wrote on Wednesday, there is — according to Pew Research — wide bipartisan support for measures that would prevent the mentally ill from purchasing guns, barring gun purchases by people on the no-fly or terror watch lists, and for background checks for private gun sales and at gun shows, each having support greater than 75 percent of Republican and Democrats.

One thing, meanwhile, is all but certain: Nights like last Sunday’s in Las Vegas are going to happen again.

If having 20 beautiful 6- and 7-year-olds shot dead at school — as happened nearly five years ago in Newtown, Connecticut — didn’t serve as a turning point, what will?

What about the awful shooting at an historic church in Charleston, South Carolina, in 2015, when a white man stood up during Bible study and murdered nine black worshipers?

Columbine, Virginia Tech, San Bernardino … the list goes on.  When it comes to gun violence, the United States stands out emphatically on the world stage, and not in a good way.

Things can change. We are not truly inured to these mass-shooting tragedies, not when we feel them so deeply in every corner of the country. Not when, almost every time, we can so easily picture ourselves in the role of casualty or loved one.

The NRA on Thursday announced its support for regulating “bump stock” devices, such as those apparently used by the Las Vegas gunman, which convert semi-automatic rifles into the equivalent of fully automated ones.

That is a start.

Let’s keep standing up, and speaking up, for real responses to violence.

Of course, there’s nothing wrong with holding a moment of silence for the victims of last week’s massacre in Las Vegas. In D.C., the White House held one, as did the House and Senate.

There is, however, something very wrong with holding these too-familiar moments of silence after these too-frequent tragedies, and then doing nothing to prevent the next one.

Moments of silence are lovely tributes, but they don’t last, don’t have impact.

That’s when courageous moments of legislative action are needed.