Worcester has always had a self-confidence problem; we often view ourselves as a second-class city. As a result, people from other places have treated us accordingly.

I remember when I was mayor, the Worcester IceCats were about to face off against the Providence Bruins in the playoffs. So I called the mayor of Providence and proposed a public wager. These kinds of public bets are extremely common and they add to the promotion of the upcoming games.

Always a wise-guy, Mayor Cianci said, “What kind of (expletive) bet is that? I lose either way!”

I have told this story before, but it really illustrates my point: Sometimes the way people treat us is reflective of how we think about ourselves.

Of course, there are always naysayers, but it is not like people have a great deal of bad things to say about Worcester. It is more that we can never find enough good things to say that make our community sound exciting.

In the past, when we tried to promote Worcester, we would all say the same things: We have a number of great colleges, we have a diverse community, Worcester is relatively safe and housing prices are fairly low. In terms of entertainment, we have the DCU Center, the Worcester Art Museum, and great restaurants on Shrewsbury Street.

But over the past 20 years or so, little by little, we have been adding pieces to our community’s portfolio, which is starting to change the way some of us think about our city.

First it was the addition of the convention center to the DCU Center. Then there was the renovation of Union Station. Adding the Massachusetts College of Pharmacy and Health Science to downtown was a huge piece. 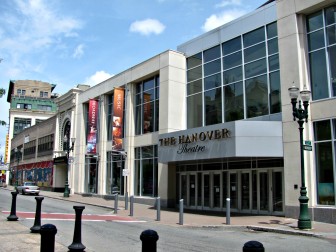 The introduction of the Hanover Theatre brought world-class shows to our downtown. WPI started developing near the north end of Main Street, and a small band of citizens and entrepreneurs have helped ignite a rebirth of the Canal District.

But the real stimulus to our current construction boom was the demolition of the Worcester Common Outlets. Championed by former mayor Tim Murray and negotiated by former city manager Mike O’Brien, this concept has led to 770 new apartments being constructed in the heart of downtown and the Canal District and the addition of 398 new hotel rooms. These developments alone will put hundreds of people on the sidewalks of downtown.

Today, Worcester has approximately $2.6 billion in new development recently completed, under construction or proposed. Of that number, $327 million in work is underway (or being planned) in or near downtown, not including several new projects for which the city does not yet have estimated costs.

Heck, things are going so well in Worcester, in terms of development, that we even have major activity at the long-dormant South Worcester Industrial Park.

Bringing the Red Sox to Worcester

When it comes to major league sports, Worcester is a stone’s throw away from some of the greatest professional franchises in America. Consequently, Worcester has had to go begging for lower-level pro sports teams. Why would anyone come and watch a game in Worcester when they could watch the big dogs play just a short ride away?

But Worcester is making a serious pitch to locate a Triple-A Red Sox affiliate here. City and business leaders together with a determined group of citizens are trying their level best to get a team to locate in the Canal District. News reports indicate that our leaders are willing to make a sizeable city-state investment in the costs associated with the construction of a new stadium.

Whether or not you like the idea of bringing a Red Sox team to Worcester, you have to be impressed with the city’s bold approach. If the media reports are even close to accurate, Worcester is willing to make an investment well beyond what we might expect from a less confident city administration.

Admit it, when you first heard that Worcester was considering making a pitch to Amazon to locate its second headquarters in Worcester, you rolled your eyes. Of course you did. 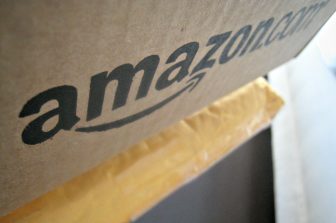 The Amazon HQ2 bid is delivering more to Worcester than meets the eye.

When City Councilor Konnie Lukes raised the subject on the floor of the City Council, I admit to being frustrated. “Come on,” I thought. “If Konnie Lukes gets it, if she thinks enough about our potential that she feels we should be making a strong pitch to get Amazon located in Worcester, what are you guys waiting for?”

For a few weeks there was silence broken only by Democratic gubernatorial candidate and Newton Mayor Setti Warren publicly stating that Worcester should be the preferred location for the Amazon headquarters.

Initially, it appeared Worcester would make its usual half-hearted pitch for recognition. And then City Manager Ed Augustus took a real swing at the pitch and made a bold proposal. Mr. Augustus and his team proposed up to a $500 million real estate tax break as part of a tax increment financing (TIF) plan for Amazon, along with a 100 percent personal property tax exemption over 20 years. The city’s proposal also includes various investment tax credits and $1 million in job creation grant funds.

Then, just when I thought we were starting to act like we were something special, Mr. Augustus added a weak disclaimer. Referring to the Amazon proposal, he said it was “a worthwhile exercise.” Once again, we seem to be apologizing for the audacity to submit a proposal when Boston wanted the project located at the soon-to-be-closed Suffolk Downs property in East Boston.

It’s easy to understand the confidence Boston has in its proposal. Its suggested location is a single 161-acre parcel served by two MBTA Blue Line stops, minutes from downtown Boston and Logan International Airport. Boston already has major political clout lining up to support its pitch, with House Speaker Robert DeLeo from nearby Winthrop supporting the proposal.

Worcester has some nerve!

Still, Mr. Augustus and his team deserve considerable credit for making a bold pitch to locate Amazon in the city. In years past, even if we made a proposal, it would never have been this bold.

When local leaders started talking publicly about bringing the Red Sox to Worcester, you heard the typical naysayers complain. When these same leaders made a pitch to Amazon to locate here, the boo-birds made jokes about Worcester. To them it was laughable that Worcester would even think about a deal that would bring 50,000 jobs and up to $5 billion in investment to the region.

The comments on social media were rough. One individual wrote, “Maybe Worcester should concentrate on giving people a reason to move here first … typical WOO!” Another wrote, “Clean up the downtown, if they tour city they will puke.”

The naysayers are reflective of a “can’t do” Worcester. It is an opinion that, over the years, many Worcester residents and more than a few Worcester leaders have bought into.

Certainly, there is considerable work to do in Worcester. But rather than focus only on our shortcomings or the things we need to do better, we can and should think and act like we have something to offer – because we do.

The most important development of all

With all the new development happening in Worcester there is a reason to change the way we think about our city. It is exciting to watch our city leaders start to act like Worcester belongs in any serious discussion about new development in New England.

I am not a person who is easily impressed. But I have to admit that Worcester has something special going on.

Even if the Red Sox decide to stay in Pawtucket and Amazon decides to go somewhere else, for once, Worcester is being taken seriously. More important, we are beginning to take ourselves seriously. And that is likely the most important development of all.

10 thoughts on “Mariano: Worcester’s self-confidence is finally starting to show”