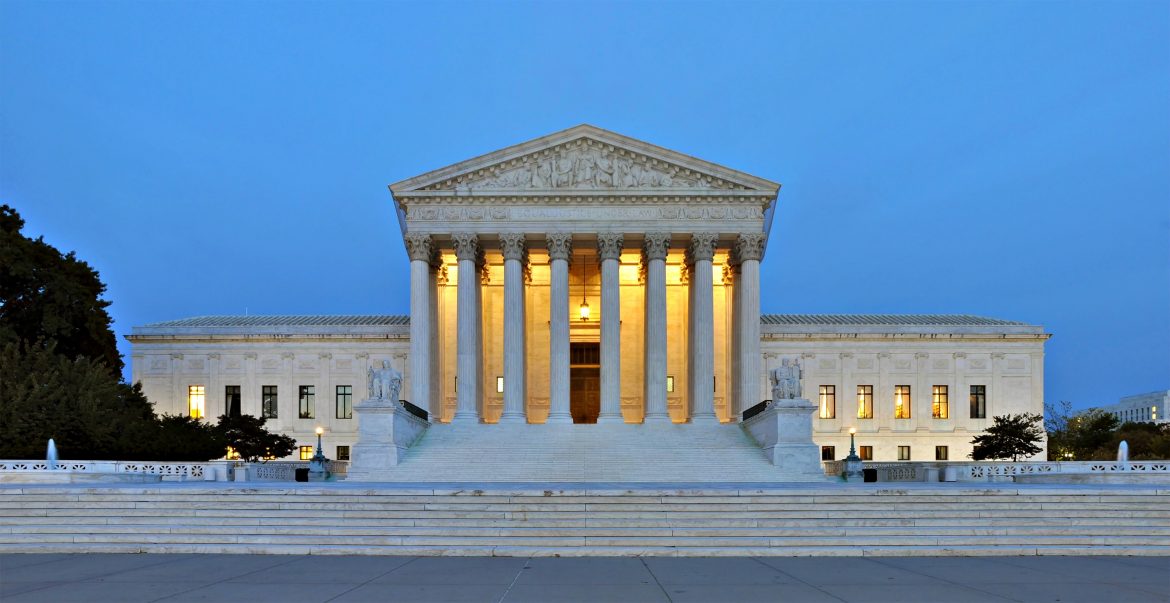 The Supreme Court should stay out of the question of gerrymandering, Sinacola says.

Americans have lots to worry about. They’ll have a lot more if the Supreme Court decides the case of Gill v. Whitford justifies federal intervention in the drawing of political district lines within states.

Wisconsin Democrats are upset that Republicans redrew district lines so as to preserve their electoral edge in the state assembly. It’s easy to see why, if you examine this map.

Many of the state’s districts are contiguous and as block-like as can be expected, featuring no more than the usual bumps necessary to ensure that population counts are within mandated limits.

But look at the area around the capital, Madison, and you find districts that consist of tracts and islands. Some Wisconsin state districts alternately touch down and skip over areas, like a fickle tornado on the Great Plains.

Yet, as bad as some of these Wisconsin districts are, they are paragons of geographic virtue compared to some Congressional districts, including these three howlers in Maryland, Pennsylvania and Texas — one held by a Republican, the other two by Democrats.

Turn back the clock to 2014, and there’s this national view, which shows that in much of the nation’s coal belt, gerrymandering has been raised to an art form.

Eastern Massachusetts is also a leading offender in gerrymandering, appropriate when you consider the term originated with Gov. Elbridge Gerry, who in 1812 signed legislation that created some oddly shaped districts designed to favor his own party, the Democratic-Republicans or Jeffersonian Republicans.

There is little evidence (if any) that Gerry had anything to do with drafting the legislation. He is even said to have found it distasteful. But he signed it, and in so doing — and thanks to political cartoonists from that day forward — is remembered for this one small blot on a long career of dedicated and honorable public service.

Gerry — beyond signing the Declaration of Independence and serving as America’s fifth vice president — was a champion of Fourth Amendment guarantees against search and seizure, exhibited a thoughtful and balanced approach to questions of federalism, and was an ardent and eloquent opponent of the Three-Fifths Compromise, acidly remarking during the June 1787 debate: “Why then should the blacks, who were property in the South, be in the rule of representation more than the cattle and horses of the North?”

It may be necessary in this age of hypersensitivity to add that Gerry was employing sarcasm. He was not comparing blacks to animals, but offering a sad commentary on the “peculiar institution” that dominated the American South.

How different might our politics be if men and women with Gerry’s sagacity and moderation were more abundant in state and federal delegations today?

We seem instead destined for an extended period of partisan politics, as each of the major parties seeks to use its time in power — at whatever level of government and of whatever duration — not to serve the greater good, but simply to prolong its tenure.

Surely, then, the only conceivable solution to the political impasse expressed by gerrymandering must be for the courts to intervene, establishing such rules and precepts — based on geometric principles, if necessary — so as to ensure that elections in several states produce legislatures therein that more closely reflect the popular vote?

Gill v. Whitford certainly offers that temptation to the Supreme Court, and liberals and Democrats everywhere are exhorting the Court’s liberal wing to offer precisely such a remedy — and hoping against hope that new Justice Neil Gorsuch and swing vote Justice Anthony Kennedy may be won over.

But to do so would be a political disaster for the republic.

Injecting the judicial branch into what are quintessentially political matters is a bottomless abyss, promising decades of litigation that would upset the Constitution’s balance of powers while resolving nothing. The left and right would continue to fight for power in hopes of tipping the ideological balance of the Court. Americans would forget the underlying principle that legislative and judicial powers are distinct, and for good reason.

Make no mistake, I don’t like gerrymandering. The Republicans who committed crimes against geometry in Wisconsin should reconsider their actions. But so, too, should the Democrats who have redrawn districts in many other states, including Massachusetts, to ensure that Republican and conservative voices, however numerous, will never — or but briefly — be able to elect an actual conservative.

It may be that the most intractable problems in our republic are political in nature. If so, they can only be solved by political means. This term (and always), I hope the nine justices sitting in Washington, D.C., remember their history.