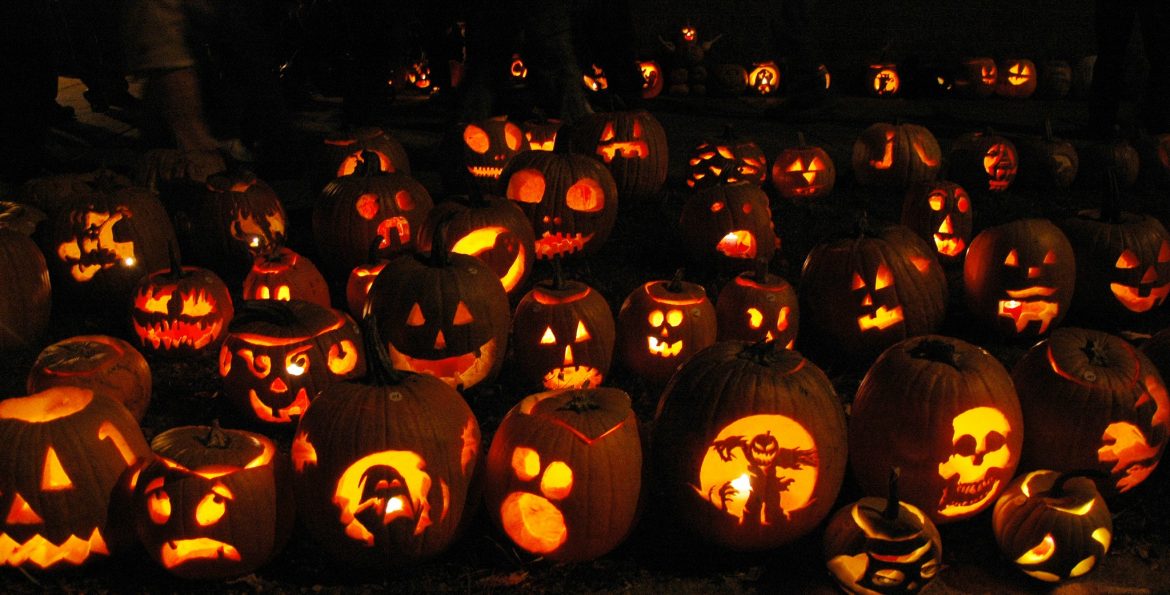 Great Pumpkin Nights at the EcoTarium feature more than 3,000 jack-o'-lantern and pumpkin displays.

A better way to feel young again would be the EcoTarium’s 14th annual Halloween-themed fundraiser. More than 3,000 professionally carved jack-o’-lanterns and pumpkin displays light up the museum grounds (well, not all the way; bring a flashlight!). “Friendly” costumes encouraged. Trick-or-treating, entertainment and more fun.

Monday, Oct. 23 — Worcester Mayoral Candidates Debate, 7 p.m., Mechanics Hall, 321 Main St.  A few weeks ago, this thing had real potential. Maybe not quite Dan Quayle trying to spell potato or Sarah Palin on Russian diplomacy, but the equal and opposite reactions of Mayor Joe Petty and Councilor Mike Gaffney have been nothing if not entertaining the past couple years.

Alas, Gaffney’s slithering out of town with a whimper, which leaves 14-term Councilor Konnie Lukes as the council’s Antagonist-in-Chief — and Petty’s lone rival in the race for mayor.

Of course, Lukes knows a thing or two about the job, having served as the city’s first popularly elected female mayor from 2007 through 2009 (Sara Roberston was the city’s first female mayor, in 1982-1983, but then the position was elected by fellow councilors). With more than four decades of combined experience in council chambers, Petty and Lukes will certainly have plenty to talk about at least.

Thursday, Oct. 26 — “Reimagining Lincoln Center and the High Line,” screening and discussion, 6-8:30 p.m., Park View Room, 230 Park Ave.  Cliff Rucker’s been great, for sure, and Tim Murray’s merry band of entrepreneurs isn’t running out of money any time soon, but the Lincoln Center for the Performing Arts folks can tell you, urban renewal’s a lot easier when you start out with a Rockefeller cutting most of the checks.

Of course, it takes imagination, too, which is where the renowned design firm of Diller, Scofidio + Renfro comes in. This film focuses on the firm’s work on Lincoln Center’s redevelopment and its ingenious transformation of an abandoned New York railroad spur into a beloved public garden and park.

Presented by Preservation Worcester, the documentary screening and expert panel discussion is free and open to the public.

Saturday, Oct. 28 — Fall Fest on the Common, noon-4 p.m., Worcester Common Oval, behind City Hall, 455 Main St.  We’ll admit, we haven’t been counting, but Big Ed (that’s City Manager Augustus to you regular folks) must be getting close to his #Worcester100 — 100 events on the common in 2017. It’s a fun goal, and one that’s brought scores of neighbors and families downtown (who otherwise wouldn’t have come) to experience the constantly evolving cityscape.

For the second year, Fall Fest will bring music, entertainment, animals, crafts, games, trick-or-treating and all sorts of family fun to the common. There’s a pie-eating contest, a bouncy house — can’t bring kids anywhere without a bouncy house — a photo booth and food trucks. Free and open to the public.

Saturday, Oct. 28 — Assumption football vs. Stonehill, 1 p.m., Multi-Sport Stadium, Assumption College, 500 Salisbury St.  If the Greyhounds are running up the score, well, it seems they just can’t help it. Undefeated heading into Saturday’s tilt with New Haven, the offense had scored at least 54 points four times; its fewest points came in a 25-8 win at Southern Connecticut. That’s a 46.2 per game average, good for fourth in NCAA Division II.

Senior defensive lineman Ray Sarkodieh, a former St. Peter-Marian star, leads the defense with 7.5 sacks. The Skyhawks were 3-3 headed into the weekend. General admission tickets are $10; $5 for seniors, military and students with ID.