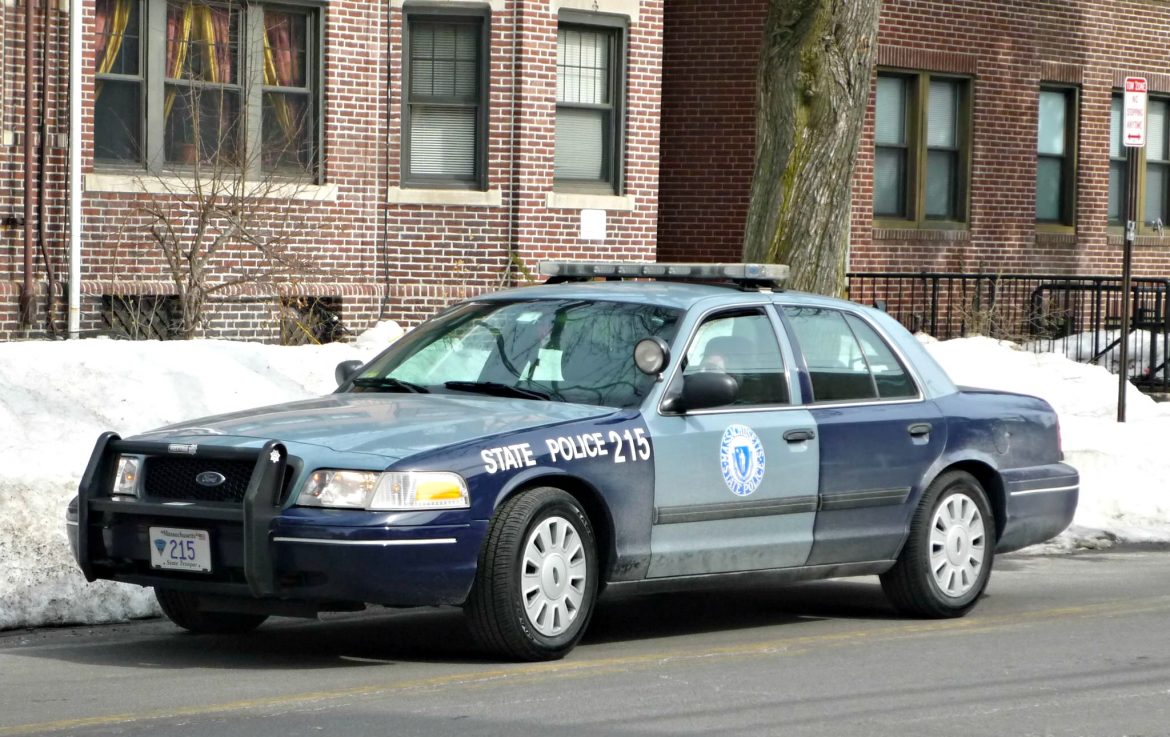 State Police and government leaders are under fire for an arrest report scandal involving a judge's daughter.

The case was already terribly sad, before two lawsuits, two sudden retirements, and multiple accusations and insinuations involving the top rung of the State Police force and other officials made it worse.

Last month, the daughter of Dudley District Court’s first justice — Judge Timothy M. Bibaud, admired for establishing and presiding over the first drug court in Worcester County in 2014 — crashed her car on Interstate 190 in Worcester. Alli Bibaud ended up being booked on charges related to driving under the influence of alcohol and possession of materials used to inject heroin.

And, she said things. She was impaired, angry, miserable, in no condition to drive — and unable to stop herself from heading toward more trouble. Among various things she reportedly said or shouted in the course of that night, she allegedly offered a sexual favor to Trooper Ryan Sceviour in exchange for leniency.

The 30-year-old pleaded guilty Friday to most of the charges and was placed on 14 months’ probation, with a 60-day to 2.5-year jail term to be served if she violates the order. In January she is due back in Framingham District Court (the case was relocated from Worcester) on a pending charge stemming from the Oct. 16 arrest. According to one of her lawyers, Michael Wilcox, Bibaud was to enter treatment in New Hampshire.

Drug addiction is terribly destructive and difficult to fight. Her now very public, dismal story has, we are sure, many people wishing her well.

The Massachusetts State Police, meanwhile, has its own mess to deal with — restoring the public’s trust after salacious details in the trooper’s initial report of the Bibaud arrest were ordered removed by the force’s then-leader, Col. Richard McKeon.

And though we don’t yet know all the whos, hows and whys in this matter, nor exactly what got edited or redacted, it’s clear that it won’t be straightforward for the State Police to regain its good name.

It’s important to remember that this matter might not, in fact, be one of abuse of power, or improper handling of a police report. No one has admitted wrongdoing; and investigations internally, and by the governor’s and the state Attorney General’s offices, are in the early stages.

Further, the State Police do a difficult, essential job and have earned an overall good reputation.

But the fact that the force’s top two bosses stepped down within days of each other adds to the appearance of impropriety.

Col. McKeon resigned Nov. 10, “after 35 years of proud service,” he wrote in a letter to colleagues. The State Police’s second-in-command, Lt. Col. Francis Hughes, followed suit last Tuesday (as is often custom when the organization’s commander leaves his or her post).

We expect, and are entitled to, fair and equal treatment by law enforcement personnel. It’s a bedrock value of our justice system.

Police must respond to citizens based on sizing up what they need or what they’ve done. Who they are — or whose daughter they are, as in this matter embroiling the State Police — is not properly part of the picture.

In responding to situations of all kinds we want trained, experienced officers to be able to exercise discretion, wisdom and understanding, case by case. And so, one question is at the crux of the controversy involving the altered report, and it’s not readily answerable: Should Trooper Sceviour have included salacious or humiliating remarks made by the arrestee in his report in the first place?

We commend him and another member of the State Police force — Trooper Ali Rei, who arrived at the arrest scene to assist — for filing their federal lawsuits in response to the altered report (see stories here and here), both of which name various higher-ups inside and outside the State Police as allegedly having a hand in the redactions in some way.

But we wonder if it would have been better had Trooper Sceviour not included the questionable passages in the report in the first place.

This deliberation, if he undertook it, should obviously have nothing to do with the arrestee being a local judge’s daughter (as she reportedly loudly informed him at the Holden police barracks), but a consideration in view of protecting a person from needless embarrassment.

That would require, though, that the trooper believe the statements in question were not relevant to the case. That particular issue is something we will likely hear debated as the lawsuits proceed.

McKeon, before stepping down, affirmed he had ordered the redactions that are the subject of the lawsuits. But he did not admit to wrongdoing, asserting instead that the statements he wanted shielded from public view were irrelevant to the case.

In a letter regarding his decision to Public Safety and Security Secretary Daniel Bennett, McKeon wrote: “… my decision to instruct subordinates to focus the arrest report on information relevant to the charges made against this individual [Alli Bibaud] without compromising the strength of the case is instruction that I have given to the men and women under my command more times than I can remember. … ”

Indeed, this case quickly gets complicated. Many people are involved or named in some way, and the truth about what motivated moves to redact or alter portions of Alli Bibaud’s arrest report may depend to a large degree on something most of us know little about: the procedures, guidelines, rules and practices that govern day-to-day State Police operations.

It is a crucial and welcome development that new State Police superintendent, Col. Kerry Gilpin, on Thursday — the day after she was sworn in — promised an internal probe. It must be thorough and fair, and in the process should suggest improved guidelines for police report-writing and editing.

Ethical lapses, perceived as well as actual, are bad at any level of authority. In law enforcement, they are untenable. What has happened must be explored, rectified, learned from and prevented from occurring again.

One thought on “Editorial: Untangle the Massachusetts State Police mess”