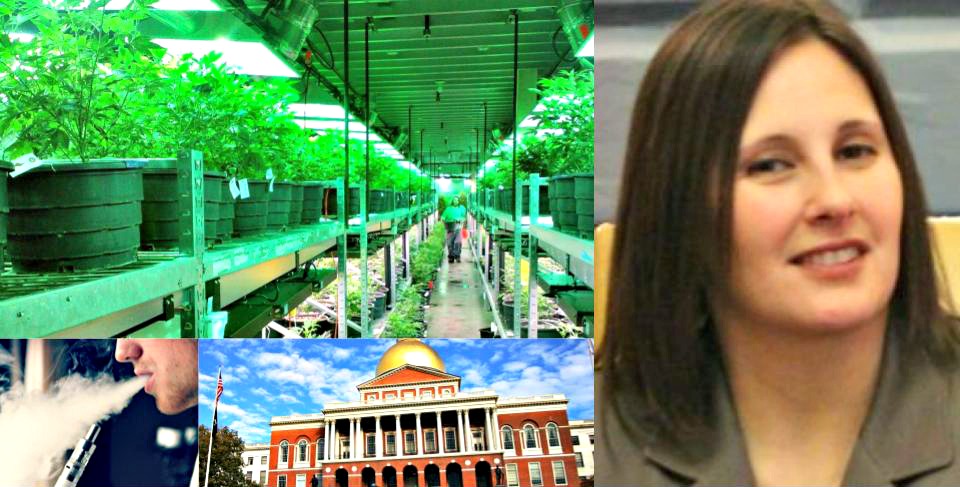 This article was originally published in the Sept. 24, 2017, edition of the Sun.

“For them, it’s not coming down to money. That’s what I think is interesting,” said Flanagan, the former Democratic state senator from Leominster, in an interview last week with the Sun.

“I understand there are taxes to be had from this and there is money to be gained, but some towns are not comfortable having it on Main Street,” she said in reference to pot shops. “We need to allow them to get there and not force their hand with it.”

Gov. Charlie Baker made Flanagan the first of five appointees to the commission, which will oversee implementation of the new state law legalizing the use, sale and growth of marijuana, based on her background as the Senate chairperson of both the Mental Health and Substance Abuse Committee and the Special Senate Committee on Opiate Addiction.

Flanagan said if you want to know how she will act in her new role, use as a guide the way she conducted herself as a legislator. She spent much of her 13 years in office focused on improving health care and raising awareness about substance abuse, particularly recently in regard to the opioid epidemic.

“Certainly, if there are adverse effects (to using marijuana), we’re going to talk about them, that needs to be part of the story,” she said.

Following her first meeting as a member of the new commission, Flanagan faced a barrage of questions from reporters about whether she had ever smoked marijuana. Her response was that the question was not relevant. 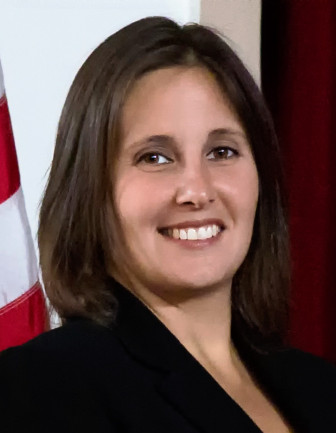 “I can see why I’m being asked the question,” she said. “The Yes on 4 people [advocates of the 2016 ballot initiative] are not happy with my appointment, and that’s OK.”

“I’ve been around the press long enough to know that soundbites don’t go away and they don’t get you anywhere,” she said. “When I was at the State House and my job was to work in regards to substance abuse and addiction and heroin, never once was I asked if I used the substances. Never, and if we’re going to treat marijuana the same and we’re going to normalize it, there’s no reason to ask that question. It has no relevance on what I’m about to do.”

Flanagan insists that her opposition to the ballot question last fall does not mean she will look for ways to be obstructionist now that it is the law.

“My job is to do what I did for Massachusetts,” she said. “That’s been my whole motive, anyway. I don’t have some personal agenda.”

Last week, voters in the town of Milford, situated on Interstate 495 for easy access, decided that even though they had voted in favor of the November Question 4 referendum (52 percent voted yes; 6,968 votes to 6,441), that didn’t translate to wanting pot shops in their town, despite the promise of additional tax revenue.

Milford’s dichotomy — a vote which still must be ratified by Town Meeting — is one that is frustrating supporters of legalization all over the state. But Flanagan does not believe the success of Question 4 means every town has an obligation to buy in.

“Those of us that are in the policy-making world or regulation-making world think about facts and figures and scientific reports and what other states have done,” she said. “When you get to local government, they are thinking about what are they going to see on Tuesday morning when they wake up and drive through their town?

“There are communities that want to err on the side of caution,” she said, noting that more than 80 years after the repeal of prohibition there are still eight dry towns in Massachusetts where alcohol cannot be sold.

The new commission has five members: Steven J. Hoffman, chairman; Flanagan; Kay Doyle; Britte McBride, a Holy Cross graduate; and Shaleen Title, the lone legalization proponent on the panel. It also has no office and no staff – yet. Meanwhile, recreational pot facilities can open as early as July 1, 2018.

The Cannabis Control Commission has been criticized by legalization supporters for being top heavy with members who opposed the ballot question, Flanagan being one of them.

“I don’t think people understand the huge undertaking that’s going to happen between now and July 1,” Flanagan said. “There is going to be a lot of criticism along the way, certain people saying we are not working fast enough or we’re not doing our jobs or what have you. I can understand that, but the reality is right now I have a cubicle at 1 Ashburton Place and there is no support staff. Our goal is to get it done by July 1. But we need physical infrastructure. We need to be able to do our jobs.

“We are working diligently every day and we are subject to the Open Meeting Law. It’s the way for us to be transparent,” she said.

Flanagan had to move quickly into her new role – some eight days after leaving her Senate seat. “It’s very different,” she said of her new working life. “I spent 21 years in the building (State House).”

[Editor’s note: Flanagan began her career as an aide to the late Leominster Rep. Mary Jane Simmons, whom she succeeded in 2005. She was elected to the Senate in 2009.]

Some have suggested that when the state doles out tax money from legal marijuana to its 351 cities and towns, the ones that aren’t on board shouldn’t reap the rewards. Flanagan disagrees.

“While they may not have a storefront, they certainly are going to see the effects of recreational marijuana. I would withhold judgment because I know for some towns this is very nerve-wracking,” she said. “The fear of the unknown is there: ‘If we allow medical dispensaries or if we allow recreational shops, what is it going to look like?’

“There are some people who don’t want it to look any different than if you are walking into an urgent-care center, or a hospital or a doctor’s office. That’s where I think local control is important and they are able to tailor it to their individual cities and towns,” she said.

“As a commission we have one shot at this, one chance to get it right and I’m committed to doing that.”