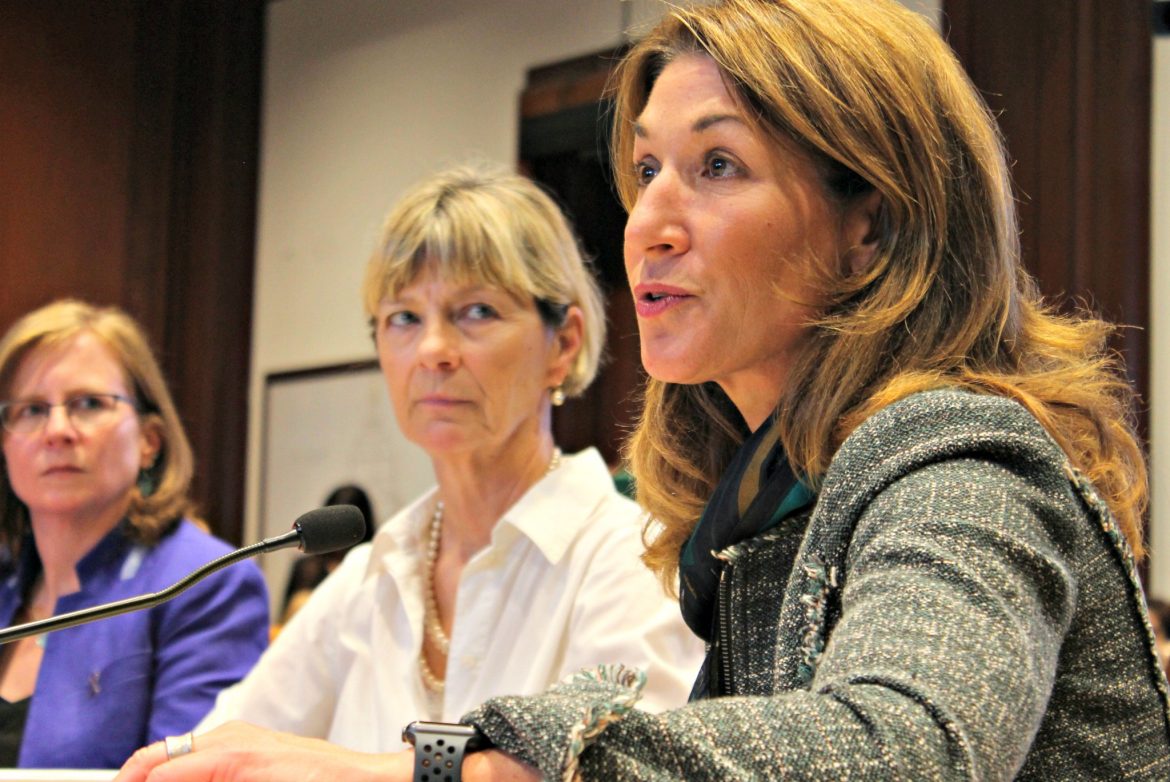 BOSTON — A change in thinking around domestic violence — like the shift toward viewing drug addiction as health issue — is needed to help ensure victims get the support they need, Lt. Gov. Karyn Polito told lawmakers.

Polito said a public health approach to domestic violence from state government would mean there is “no wrong door” for a victim to turn to when he or she needs support or services. Speaking at a Public Health Committee hearing Monday, she said that taking steps in that direction reminds her of “how we all worked hard on changing the stigma of opioid addiction.”

“We changed the conversation, that it’s not a character flaw or criminal action to be addicted to a drug,” Polito told the committee. “Same thing I feel with domestic violence.”

Polito, who chairs the Governor’s Council to Address Domestic Assault and Sexual Violence, said it’s important to have a “more open and honest public conversation about violence,” and that the administration has asked Health and Human Services Secretary Marylou Sudders to work on a public awareness campaign to that effect.

Polito and Sudders spoke at an informational hearing the committee held to explore the prevalence of domestic violence, its health impacts, current efforts to address it, and recommendations for future policy.

From 2013 to 2014, 55 percent of female homicides in the United States were related to intimate partner violence, according to the Centers for Disease Control and Prevention, which estimated that more than a quarter of women and one-tenth of men in Massachusetts have experienced violence from an intimate partner.

Polito said 19 women were killed in domestic violence homicides this year in the state.

“In every single one of those cases, something went wrong, something where that individual didn’t feel comfortable telling someone else about their situation or didn’t get the connection to the services they needed or didn’t find that place of safety outside of the web of the perpetrator, obviously, causing harm to them,” Polito said.

Sudders said the Department of Public Health has created a new division of domestic and sexual violence prevention and services, which this summer awarded $34 million for the creation of a “statewide response network” to services including housing, education and supervised visitation for children. The Department of Transitional Assistance has supported its number of domestic violence workers so there is one in each area office, she said.

Rep. Kate Hogan, a Democrat from Stow and House chair of the Public Health Committee, said looking at domestic violence in a similar way as addiction “really gives us an idea and a lens of how we want to look at domestic violence, how we look at those people most affected.”

“I think that the public looking at domestic violence as a public health issue, a public health crisis, allows us to look at all the different ways and all the ways that communities and people are impacted by domestic violence, how we respond, how we…educate people around what it is to be in a violent relationship, what it is to be in an abusive relationship, how you know this isn’t right,” she told State House News Service. “What I’m looking for is a way to take all the knowledge that we currently have and say, if we’re going to look at this as a public health issue, how are we going to take all of this and come out with some really productive and effective public policy initiatives around domestic violence.”

“I think there’s a lot of implementation work that’s going on in our communities that I think we need to continue to emphasize,” he said after the hearing. “Some of that requires more resources that I think we have to work hard to find, whether those are public resources or private resources.”