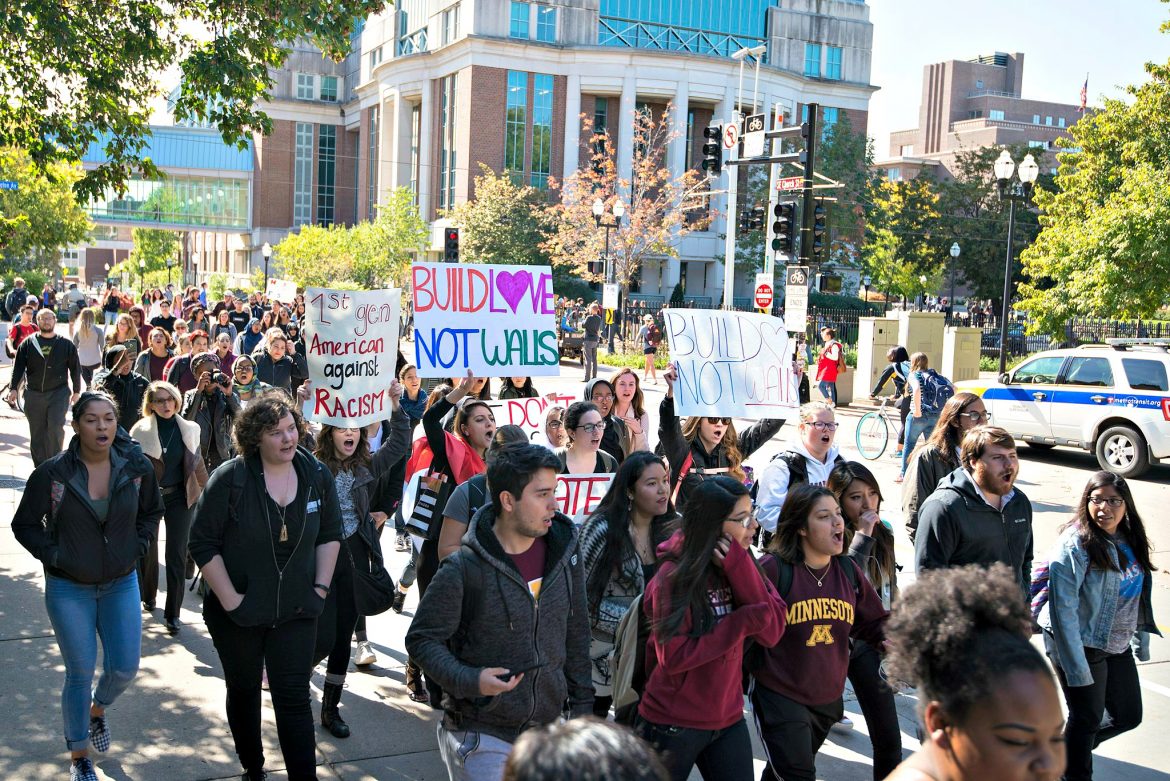 The left points a finger of blame at Trump for his obvious verbal excesses, but the fault for the breakdown in civility and discourse is unchecked political correctness. Academia’s descent into madness predates Trump by many years.

A generation or two ago, independent thought and expression were alive and well on America’s college campuses. Today, liberal drivel — occasionally punctuated by liberal intolerance and liberal fascism — has all but silenced the liberal arts.

Some incidents — such as the one at Middlebury College in March, when author and sociologist Charles Murray was shouted down and driven from the lecture hall (and a professor assaulted) — garner national attention. For a time, there is discussion over what to do about such intolerance.

The answer, sadly, is usually to forgive such behavior, or punish it so lightly as to encourage more of it. Middlebury claims more than 60 students were disciplined, but none was expelled and none faced criminal charges.

As disappointing as it is to see students put their education on hold to rudely and violently dismiss anything that might challenge their still developing brains, incidents such as Middlebury’s are not as insidious as the scenarios that play out daily on campuses nationwide.

Students at Mount Wachusett Community College last Monday, for example, attended a talk in which they were asked to reflect upon their “white privilege” and what they ought to do about it.

The week before, Clark University students were told climate change and environmental disasters disproportionately affect communities of color, a situation that will change only when we move from an “extraction/consumption” society to one based on “deep democracy.”

The principles of classical liberalism demand such speakers be heard. But there is irony in Mount Wachusett speaker Shelley E. Nicholson telling students “we are seeing a breakdown in society regarding our ability to engage in thoughtful and respectful conversations around challenging topics.”

The left points a finger of blame at Trump for his obvious verbal excesses, but the fault for the breakdown in civility and discourse is unchecked political correctness. Academia’s descent into madness predates Trump by many years, and spreads in proportion to the extent that students, professors, deans, college presidents, and trustees abandon true liberalism.

On a truly liberal Mount Wachusett campus, someone would have asked Nicholson why she identifies privilege with whiteness, or any race at all? Why, if we seek a color-blind and just society, is it necessary to impose a dubious social construct upon impressionable youth sure to be haunted by guilt as a result?

If Clark were truly a liberal campus, someone would have asked speaker Jacqueline Patterson to explain “deep democracy.” They might have pointed out that the “extraction/consumption” economy we call capitalism has enabled hundreds of millions of humans to escape poverty, while radical alternatives such as socialism and communism have sent hundreds of millions to their deaths.

And if Worcester State University wishes to be a university in more than name, someone ought to have questioned Barsamian’s unrelenting critique of the U.S. government, Trump, the U.N. and Israel, and his praise for the likes of Howard Zinn and Noam Chomsky.

The point isn’t whether Nicholson, Patterson, Barsamian and others are right or wrong, but that the collegians listening to them rarely hear any conservative or contrasting views. They are fed distortions, parodies, and misrepresentations of conservatism, but the true conservative tradition so well summarized by Russell Kirk, for example, is alien to them.

Although they have little grounding in the Western tradition, the leftists dominating campuses today are certain they are against the certainties of the past. But rebellion easily turns to anarchism when it is not clear what one is rebelling against, or why, or what values one is discarding.

“In the liberal-arts tradition, freedom must be won, quite literally, from the threat of enslavement,” writes Matthew Rose in the fall issue of National Affairs. “Enslavement to what? The word and its cognates are everywhere on campus, but liberal education does not aim to reveal our captivity to corporate ideology, racial supremacy, or the oppressive structures of capitalist society. Instead, it teaches that our deepest enslavement, and the greatest threat to our freedom, comes from a much more intimate house of bondage — ourselves.”

Too many of today’s students have chosen enslavement, and today’s university — and our society — are much the poorer for that.

Whoever is to blame, the burden of liberation from this intellectual poverty rests with the students themselves. I hope brave souls find the courage to think for themselves and begin to reclaim the liberal arts from the narrow-minded.