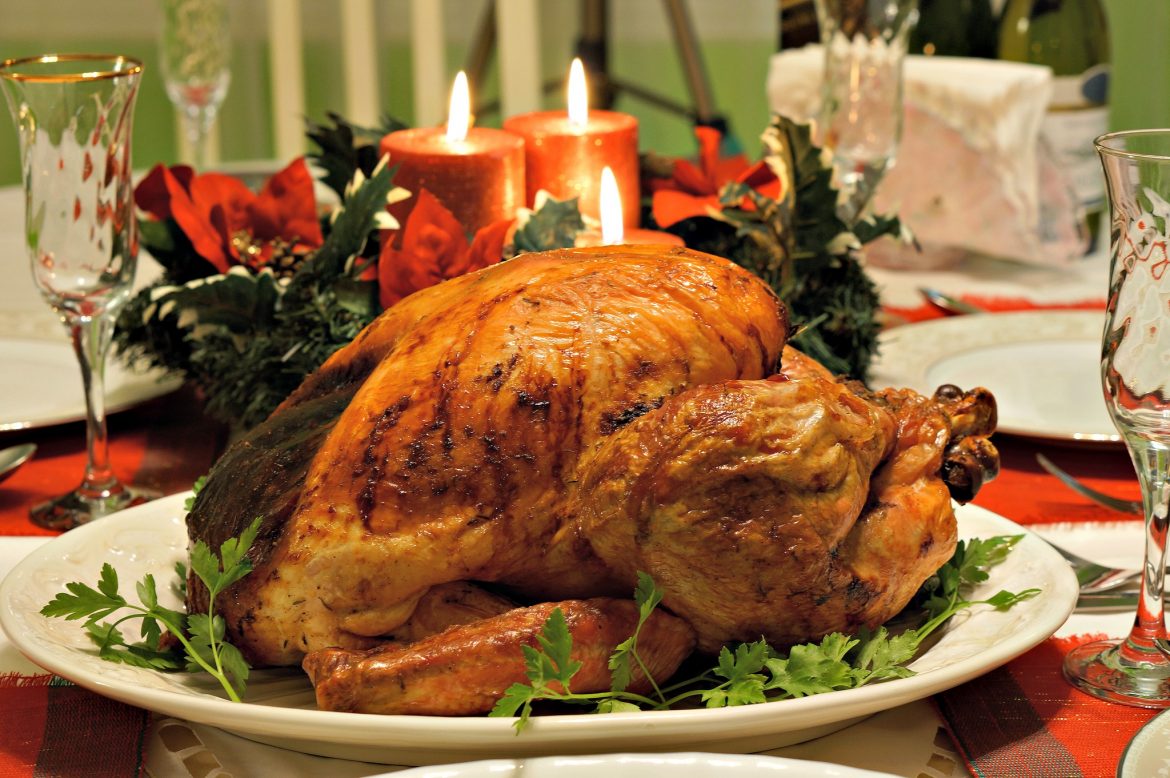 Was that a non-denominational bird on your table? Religion, politics and cranberry sauce are on the menu in this week's Sina-cism.

If you’re even a bit like me, you’ve spent much of this weekend with family and friends, throwing gastronomic caution to the November winds, conveniently ignoring calorie counts, enjoying some concussion-filled football games, and giving thanks to God, capitalism and farmers for making it all possible.

To all such I say, “Happy Thanksgiving!”

Or perhaps you’re worrying about your carbon footprint, enjoying a tasteless turkey alternative, denigrating the current occupant of the White House, gritting your teeth at the presence of any conservatives who might happen to be seated around your dinner table, and trying to decide exactly who or what is responsible for the dubious blessings of your calorie-free desserts and non-alcoholic beer.

To all such I ask, “Have you considered a new holiday?”

On second thought, since the word holiday derives unambiguously from holy-day, a consecrated or religious day — and because I have no wish to offend the tender sensibilities of those who do not acknowledge the Creator, or indeed deny the existence of any Creator at all — perhaps it would be more palatable if I suggested such folks consider a new day off from work to take time to express their personal or group cultural preferences and choices of food and drink for sustaining life.

But then, in suggesting that such folks take a day off from work, I recognize that I am acknowledging that most of us are still complicit in perpetuating a system of accumulating material goods, adding labor, and applying information and technology in ways that generally result in the production of value, in the form of goods and services, for which other humans are willing to transfer bits of their capital to us, and so on. In short, that ugly and embarrassing concept known as capitalism.

Well, enough of the circumlocutions.

To come straight to the point: Thanksgiving is a profoundly religious holiday. It celebrates the survival of our Pilgrim forefathers and the subsequent prosperity enjoyed by the American people.

It is explicitly and inextricably linked to the foundational principles of capitalism. And trying to remove every hint of God from the holiday — attempting to claim that Thanksgiving is somehow a secular holiday about which Americans of all religious and political views can feel a mutual glow of good feeling toward their fellow citizens while leaving God out of the picture — is intellectual rubbish that leads to our spiritual impoverishment.

All this does not mean one cannot also acknowledge that contact between European and native peoples in the early 17th century was often marked by conflict and misdeeds. But for all the imperfections we Americans bear, there are profound differences between us and the Old World that are worth celebrating and perpetuating.

I recognize, too, that the Pilgrims are not the literal forebears of most Americans today. But it is true that following bad weather and famine in 1623, they deliberately replaced a failed system of communal ownership with one that gave families incentives to plant and harvest more corn for themselves. See this 2005 Heritage Foundation commentary, as well as William Bradford’s “Of Plymouth Plantation 1620-1647,” chapter 14.

And along with the critical role capitalism has played in the development and prosperity of our nation, there is religion. Those who would deny the religious nature of Thanksgiving must grapple with formidable opponents named George Washington and Abraham Lincoln.

In New York City on Oct. 3, 1789, Washington began his Thanksgiving proclamation by speaking of  “… the duty of all Nations to acknowledge the providence of Almighty God, to obey his will, to be grateful for his benefits, and humbly to implore his protection and favor …”

Exactly 74 years later, on Oct. 3, 1863, Abraham Lincoln reminded Americans of the abundant blessings they enjoyed, declaring: “No human counsel hath devised nor hath any mortal hand worked out these great things. They are the gracious gifts of the Most High God, who, while dealing with us in anger for our sins, hath nevertheless remembered mercy. It has seemed to me fit and proper that they should be solemnly, reverently and gratefully acknowledged as with one heart and one voice by the whole American People …”

Perhaps no amount of history or reflection upon it will move those who cling to their anti-capitalist and atheistic positions. That doesn’t change a thing.

Thanksgiving Day is not secular, but profoundly religious in nature. If you don’t believe that, you still get a day off. But the rest of us get a holiday.