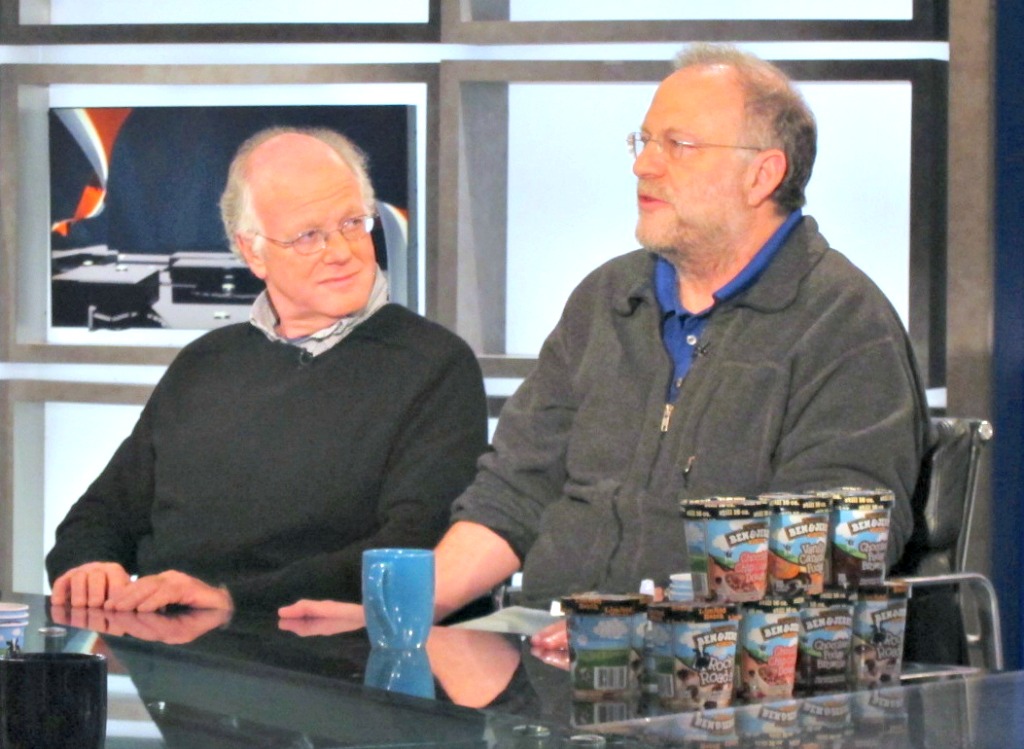 Ben Cohen, left, with partner Jerry Greenfield, won't be getting any more of Sinacola's business.

Ben Cohen of Ben & Jerry’s ice cream fame came to Worcester on Nov. 4 to sweeten the effort by “People Govern, Not Money” to gather signatures to put a question on the 2018 state election ballot that seeks to overturn the 2010 Supreme Court ruling in Citizens United v. FEC.

It’s not that I don’t like ice cream. I do, and Ben & Jerry’s is tasty enough. But I really don’t like people tampering with the First Amendment, and if it takes giving up a primary source of cholesterol to make that point, count me in.

You should, for it illustrates as only landmark Supreme Court rulings can how fine a creation our Constitution is, and how perilous it would be to chip away at it.

The late, great Antonin Scalia, who authored a concurring opinion in Citizens United, took on the dissenters: “The dissent says that when the Framers ‘constitutionalized the right to free speech in the First Amendment, it was the free speech of individual Americans that they had in mind,’ ” Scalia wrote. “That is no doubt true. All the provisions of the Bill of Rights set forth the rights of individual men and women — not, for example, of trees or polar bears. But the individual person’s right to speak includes the right to speak in association with other individual persons.”

You need no more than that to understand the fundamental issue in Citizens United wasn’t the power of corporations, but the freedom of individuals to express themselves.

That said, you will understand that point more clearly — exhaustively, I daresay — if you read the entire decision. You may, of course, still side with the dissenters when done. If so, you will at least be more informed than the majority of those on either side of this debate, and better equipped for the battles ahead.

I’ll leave you to discover the linguistic and logical wonders of the ruling itself. Suffice it to say that if you’ve never read a Scalia opinion, you are missing an intellectual treat to rival Cherry Garcia — to name one of my former favorite ice cream flavors. And I have to admit that while I disagree with his reasoning, Justice Stevens is himself capable of putting jimmies on top of the language — call his dissent a serving of Double Fudge Brownie, Half Baked.

But consider, too, the creamy richness of the irony at play in the now seven-year-old debate over Citizens United.

Cohen’s support for a constitutional amendment to overturn Citizens United would be more persuasive if his company were not itself something of a chunky monkey. For Ben & Jerry’s is owned by Unilever, the Anglo-Dutch multinational that enjoyed a mere $61 billion in revenue in 2016, and whose lobbying efforts — along with political PAC donations on behalf of (mostly) Democrats — certainly can’t be contained in a tip jar.

And I wonder how many of those aiming to overturn Citizens United understand that the conservative group of that name was trying, prior to the 2008 Democratic primary, to air a movie critical of Hillary Clinton. Yes, that same Hillary Clinton who eight years later was the beneficiary of a conspiracy by the Democratic National Committee to deny the nomination to none other than Bernie Sanders — a figure much beloved by the Ben & Jerry’s crowd.

And so, as you so self-righteously ink the petition to take those first steps toward repealing the First Amendment — for your assault on Citizens United is exactly that — here’s hoping that you gag on your impoverished version of the Americone Dream.

2 thoughts on “Sina-cism: Yet s’mores liberal hypocrisy on display”