Recently the top point guard on the Bay State depth chart, Attorney General Maura T. Healey, did what many aging basketball stars do — she dabbled in TV.

On Comedy Central’s “The Opposition with Jordan Klepper,” Healey expounded on her efforts to keep President Trump honest. While some would say Healey should be more focused on the many Massachusetts-based issues that come across her desk, she insists serially suing the president is all about the people of the commonwealth.

Hitch thinks maybe it’s about something else. 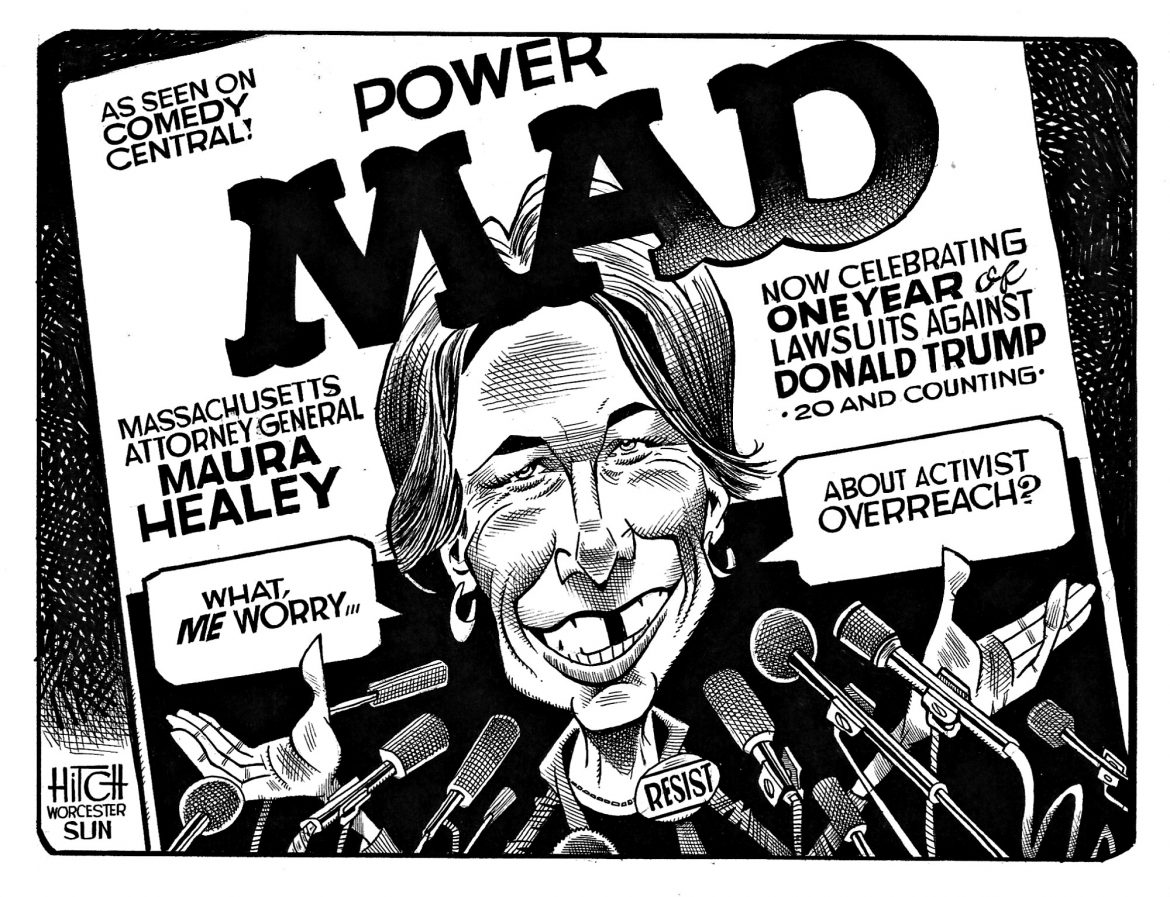