Tommy Heinsohn and Bob Cousy never played together at Holy Cross, but the pair of basketball immortals (Celtics teammates from 1956 to 1963) form the very top of the totem pole of Crusader sporting legends (apologies to the Perry, Palazzi and Lockbaum families).

The Cooz has so far taken a pass, publicly anyway, as far as choosing sides on the divisive debate over the negative connotations pinned to the Crusader nickname.

Heinsohn, however, continues to take his shots.

Hitch corrals the rebound and looks to score on the fast break. 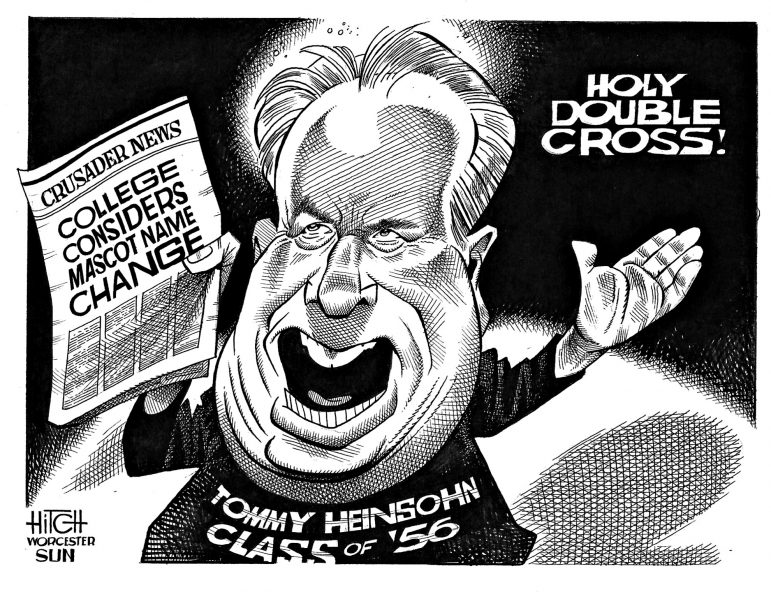 One thought on “Sun Spots with Hitch [Vol. 219]: Old Crusaders, hooked on a feeling”