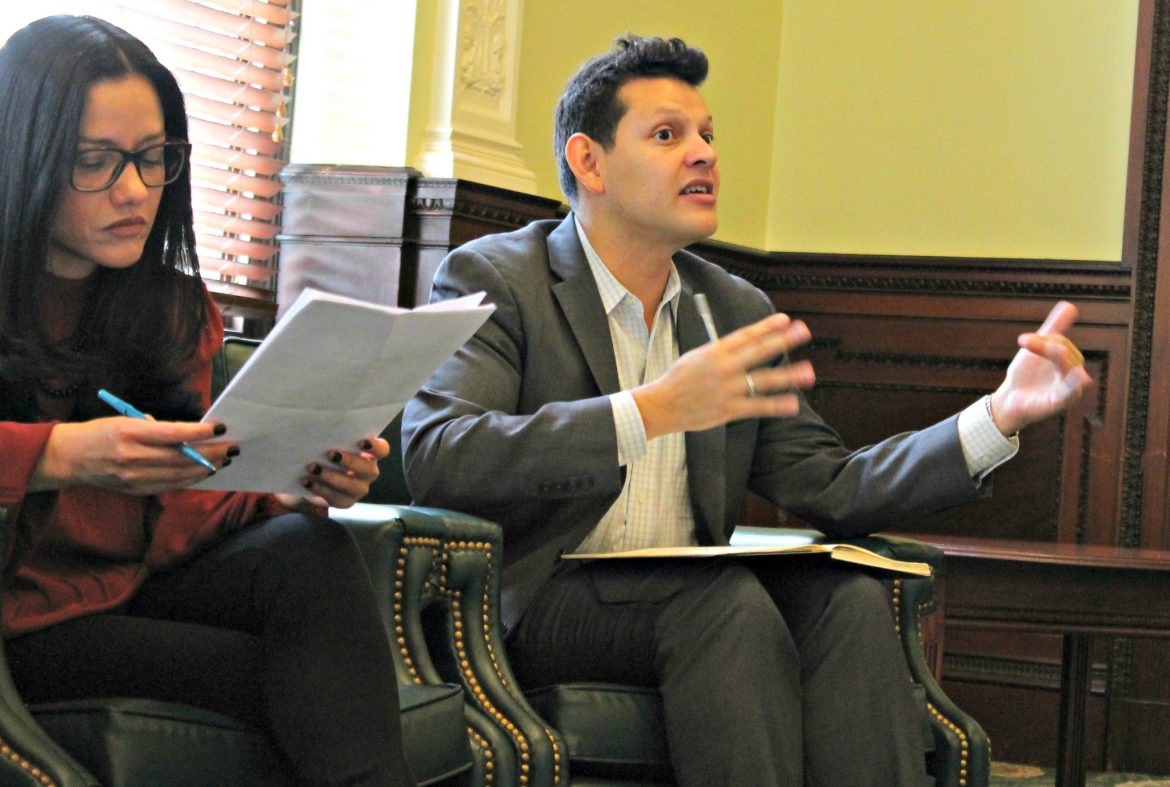 “We have not been able to build the kind of political power necessary to be heard and respected by our political officials,” Natalicia Tracy of the Brazilian Worker Center said at a panel discussion marking Monday’s observation of International Migrants Day. “It’s the fact that the community’s divided, we are pushed into corners where we need to be afraid of even exercising our very basic rights.”

Representatives of immigrant advocacy groups called Monday for collective action in the face of negative stereotypes and a political power dynamic they said can stymie their agendas.

“We have not been able to build the kind of political power necessary to be heard and respected by our political officials,” Natalicia Tracy of the Brazilian Worker Center said at a panel discussion marking International Migrants Day. “It’s the fact that the community’s divided, we are pushed into corners where we need to be afraid of even exercising our very basic rights.

I also want to bring into this another topic that is very difficult and gets left out the whole time, and it’s the fact of race,” she said. “A lot of the issues that we’re dealing with today here, we would not have to deal with them if most of the people who are undocumented who are coming into this country … were white.”

Tracy spoke as part of a panel, hosted by state Reps. Mike Connolly of Cambridge and Adrian Madaro, D-East Boston, in the House members’ lounge, on the impact of President Donald Trump’s policies in Latin America and Massachusetts.

“Really, we are a nation of immigrants, and the situation with migrants around the world, as we know, is becoming more and more urgent. And there’s so much we can do to really understand so many things,” said Connolly, a first-term Democrat. “What’s the impact that the United States has on Latin America? We need to understand that, we need to grapple with that.”

Asked by moderator Patricia Montes, the executive director of Centro Presente, what keeps immigrant communities’ legislative agenda from advancing in Massachusetts, Tracy pointed to attitudes around race, the challenges of building political power, and elected officials whom she said “have been in power for too long and have become accommodated in their positions.”

“They do not have to worry about losing their seats,” Tracy said. “Many of them run on the Democratic card, but they are very conservative at their cores.”

Tracy said it’s difficult to move “anything with the word ‘immigrant’ attached to it,” pointing to a bill aimed at protecting workers from wage theft. She said immigrant workers are the most vulnerable to having their pay stolen by employers.

A similar bill passed the Senate by 38-2 margin last year. This year’s version (S 999, H 1033) has the support of more than half of House lawmakers — 104 representatives — and state Attorney General Maura Healey. Sponsored by Rep. Aaron Michlewitz, D-Boston, and Sen. Sal DiDomenico, D-Everett, it remains before the Labor and Workforce Development Committee after a June hearing.

At the national level, Iván Espinoza-Madrigal of the Lawyers’ Committee for Civil Rights and Economic Justice said policy has long created a dichotomy between “good immigrants” who are perceived to deserve protections and “bad immigrants” who are not. He said that line is now disappearing as the Trump administration pursues policies such as ending temporary protected status for nationals of countries such as Haiti and Nicaragua, who fled their homes after natural disasters.

“Now, all immigrants are ‘bad’ immigrants,” he said. ” ‘Immigrant’ has become synonymous with ‘criminal.’ ”

That perspective, Espinoza-Madrigal said, helps explain why Trump has called for federal funding to be stripped from so-called “sanctuary cities” that do not fully comply with immigration-enforcement laws.

A Nov. 15 press release from the U.S. Department of Justice identified Lawrence as among 29 jurisdictions “that may have laws, policies or practices” that violate a federal statute promoting information sharing relating to immigration enforcement. U.S. Attorney General Jeff Sessions said the listed cities, states and counties should “reconsider their policies that undermine the safety of their residents.”

“Jurisdictions that adopt so-called ‘sanctuary policies’ also adopt the view that the protection of criminal aliens is more important than the protection of law-abiding citizens and of the rule of law,” Sessions said.

Attorneys from the Lawyers’ Committee and Goodwin LLP filed a response with the Justice Department last week on behalf of Lawrence officials, saying their practices are “fully consistent” with the law in question. Goodwin and the Lawyers’ Committee are also representing Lawrence and Chelsea in a suit challenging Trump’s executive order on funding for sanctuary cities.

“Our response to this has been to open our door wide open, and to think creatively and courageously with community partners so that we can all deploy multiple complementing strategies simultaneously,” he said.