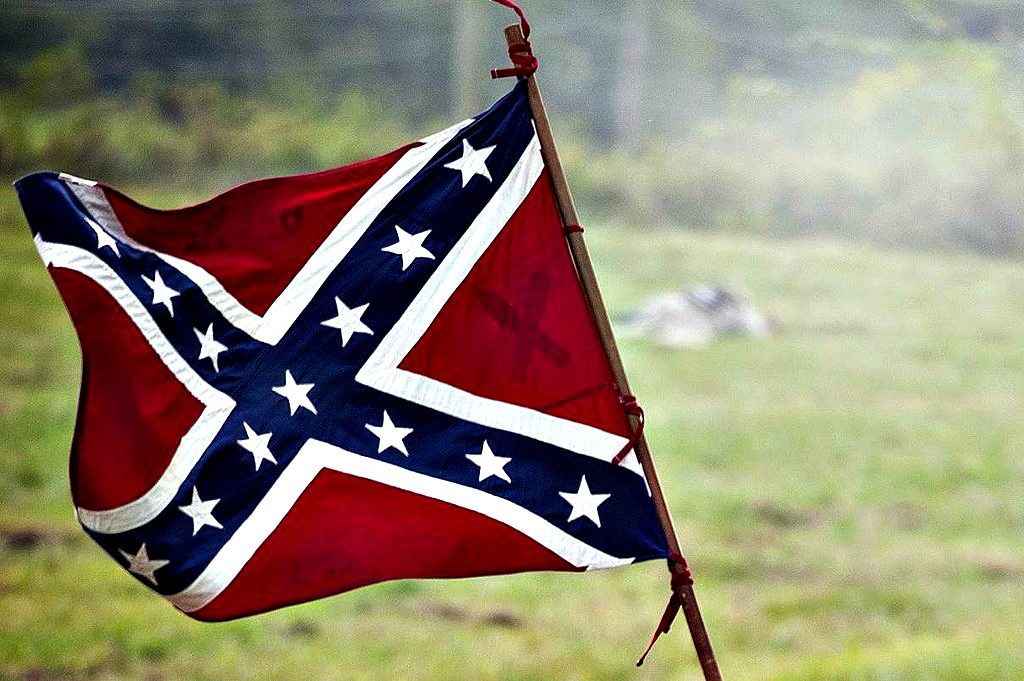 Images of the Confederacy ought to be confined to museums, Mariano says.

By comparison with much of the nation, Massachusetts politics are very different.

In 1972, the voters made Massachusetts the only state to cast its Electoral College votes for liberal George McGovern over Richard Nixon. Then, as President Nixon marched toward impeachment, bumper stickers proclaiming “Don’t blame me, I’m from Massachusetts” were a defiant acknowledgment that we thought we knew better than the rest of the country.

While we are certainly not unique, our politics have always been different from many of the other states in the union – especially from those of the South.

I remember when I was a new mayor, traveling to Washington, D.C. to get a few things done for our community. Then-Congressman Peter Blute took me to lunch in the Speaker’s Dining Room. While there, a congressman from Ohio came over to say hello. He asked me how his friend Peter was doing with the voters at home.

I always liked Peter. Our politics were very different, but he was always very friendly and respectful to me. I told the congressman that Peter was well-respected but that his politics were a little bit too conservative for many of the voters in the district. The politician from Ohio laughed and said, “Down here, we consider Peter a flaming liberal.”

It is easy to forget how different we are. As we watch the news, we tend to judge everything through the prism of Massachusetts’ political values and experiences. When we do, it is hard to understand why people from other parts of the country act the way they do.

Recently, my wife and I took a trip down south. We were traveling along Interstate 95 in North Carolina when something I saw caught my attention and snapped my head back. To my right, in a large field surrounded by trees and other natural landscape was a huge, 30- to 40-foot flagpole sporting an enormous flag – the kind of enormous pole you might see at a very large car dealership.

The difference between this pole and one you might see on Route 9 in Westborough was that it carried a giant Confederate flag. There was no Old Glory anywhere in sight.

There was nothing else in the area of the flag. There were no businesses to promote, no signs of commerce whatsoever. It was simply a sign stuck on the side of the road that seemed to say, “Welcome to the Confederacy.”

After we reached our destination, I learned from the news that a Republican candidate for governor in Virginia, Ed Gillespie, was running ads saying he would not take down statues of Confederate leaders. “I’m for keeping them up, he’s for taking them down,” Gillespie proudly proclaimed.

In Massachusetts, the vast majority of voters would oppose a position like that.

Nevertheless, even though Gillespie lost the election, his position had a strong constituency – exit polls showed that 60 percent of those who voted favored his position.

In Savannah, Georgia, we saw magnificently landscaped public squares, most dedicated to heroes of the Revolutionary War. At the end of these public spaces, we walked through a large public park with an enormous monument topped by a statue of an officer of the Confederacy.

As you look around, you see streets, schools and buildings all named in honor of men who fought to secede from our nation. I have always been struck by the fact that in no other nation does the government allow the people to erect statues to men who tried and failed to overthrow the government.

One of the more powerful images I saw during my recent visit came on a side trip to Savannah. Walking along the river in downtown, I was drawn to a large statue of a family. The figures were formed in a dark, almost black bronze: a mother, father and two small children. The family had shackles and chains lying at their feet to indicate their status as former slaves.

Engraved on the base was an inscription by poet Maya Angelou:

“We were stolen, sold and bought together from the African continent. We got on the slave ships together. We lay back to belly in the holds of the slave ships in each other’s excrement and urine together, sometimes died together, and our lifeless bodies thrown overboard together. Today we are standing up together, with faith and even some joy.”

Known as the African American Family Monument, this statue stands in the middle of a robust commercial area. Shoppers walk by, many unaware that it is even there. I found it to be an incredibly moving experience.

A few days later, when we discussed visiting a plantation, I was reluctant. But my wife, a former history teacher, reasoned that it would give us a greater understanding of what happened during this dark chapter in our nation’s history.

After we arrived, I noticed that most of the visitors were focusing on the grandeur and beauty of the grounds and buildings. The grounds were indeed magnificent.

But I was more focused on the ugliness: the ramshackle, tiny living quarters slave families crammed into at night, the artifacts, and the educational videos that described the horrible treatment of fellow human beings.

I could not get away from the fact that a country founded on the principle of freedom was built on the backs of slaves.

When it was over, just for a moment, I broke down.

In Massachusetts, we have some exposure to slavery. We teach young students about the causes and results of the Civil War, but nothing like this – nothing like what was experienced and continues to be experienced throughout the South. Images and remnants of that time are everywhere, and all around you.

Standing in the middle of the South does not change my view about some of the issues facing our country – I have always opposed flying the Confederate flag and honoring leaders who fought for the right to keep slaves. But as I looked all around me, in what once was the Confederacy, I had a deeper, more personal understanding of that disgraceful time – and a stronger resolve to continue our march toward a more perfect union.

Back at home, while discussing our trip with friends, someone asked me about the propriety of Civil War statues in the context of maintaining history. I told my friend that, in Germany, there are no public statues of Adolf Hitler, Heinrich Himmler or Hermann Goring. The enslavement, abuse, rape, torture and killing of millions of human beings do not deserve to be glorified with a flag or a statue. These images need to be confined to museums and studied as an evil chapter in our nation’s history.

Like I said, in Massachusetts, especially when compared to Southern states, our politics are very different.

15 thoughts on “Mariano: Traveling through the Confederacy”