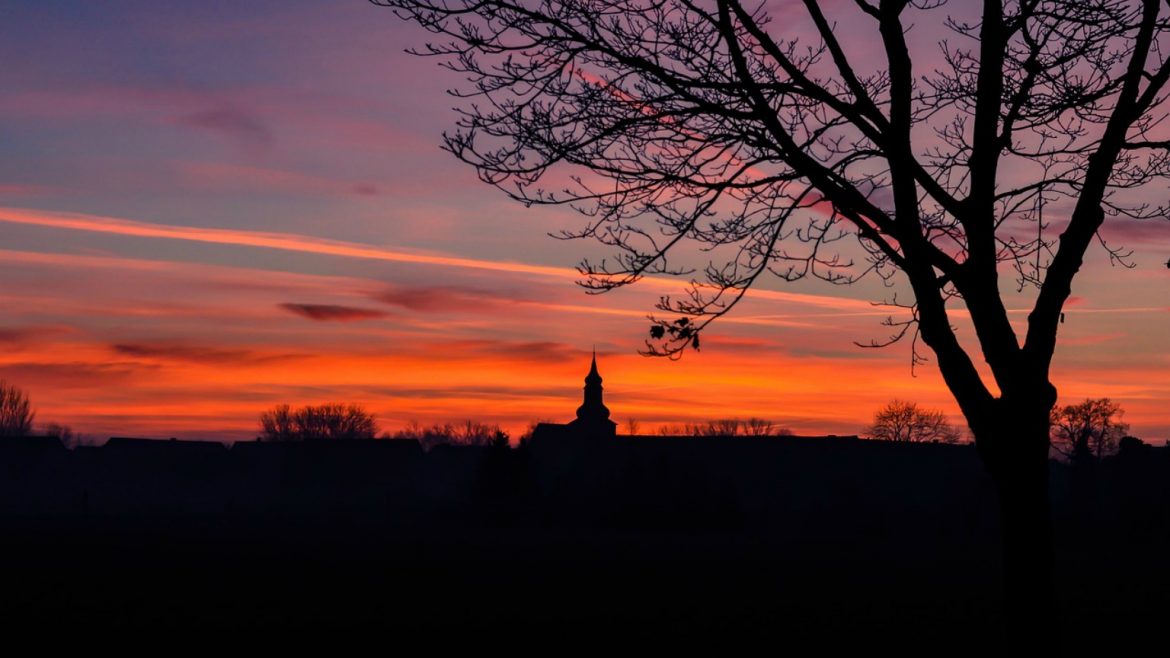 Our cities that never sleep — along with our suburbs that seem to nap only briefly between the closing of the bars and the start of the morning rush hour — could do with a kind of universal reset, Sinacola says.

“I’ve started watching the sky again. Appreciating the moon. Watching the light changes at dawn and dusk. And observing satellites.“

Because we denizens of the Northern Hemisphere are heading into the longest and darkest days of the year, and since we punctuate so many of those days with candles, strings of colored bulbs, bonfires and fireworks, I’ve been thinking a good deal lately about light and dark.

So accustomed are we to the pleasures and conveniences of artificial illumination — and so dependent upon electricity for our ubiquitous computers — that we have forgotten how dark a world previous generations inhabited.

I’ve got Netflix, but for my great-grandfather, pleasure on a winter’s evening was sitting by the fireside with a copy of Field & Stream. I don’t know what he read prior to 1895. Perhaps little more than the Bible, which he probably believed was plenty enough.

Thomas Edison, Nikola Tesla and others changed all that, and many are the pleasures and conveniences that have ensued.

But is it all too much of a good thing?

Crowding ourselves into cities, we have largely lost the fundamental skills that generations took for granted. We know our “Game of Thrones,” but do not know when to expect the moon’s rising. Many of us follow the fortunes of Hollywood stars, but precious few can find their way by the actual stars. Lured by the endless diversions of the internet, we have become a nation deprived of sleep, and turn, of course, to the TV or a website for drugs to induce the sleep that used to come naturally.

No one advocates a return to medieval standards of lighting, sanitation or entertainment. But our cities that never sleep — along with our suburbs that seem to nap only briefly between the closing of the bars and the start of the morning rush hour — could do with a kind of universal reset.

Our society is overexposed not just to the obvious — 24/7 news cycles, sex scandals, cat videos, and social-media make-believe — but to color itself.

“We have seen too much pure, bright color at Woolworth’s to find it intrinsically transporting,” Aldous Huxley wrote in his 1955 essay “Heaven and Hell,” an exploration of the further reaches of the human consciousness, accessible via religion, hypnosis and drugs.

I found “Heaven and Hell” in a West Seattle, Washington, bookshop recently and read it during the flight east from a bright noon to a dark and rainy Boston. It got me thinking.

“The illumination of a city, for example, was once a rare event,” Huxley continues, “reserved for victories and national holidays, for the canonization of saints and the crowning of kings. Now it occurs nightly and celebrates the virtues of gin, cigarettes and toothpaste.”

Could the profuse palette of modern society — from the nagging neon of our commercial strips to our seemingly insatiable collective quest for ever brighter, more explosive, and more sensational entertainments — be eroding our capacity to appreciate the world as it was and, in many places, still is?

For my part, I’ve started watching the sky again. Appreciating the moon. Watching the light changes at dawn and dusk. And observing satellites.

Last Tuesday morning — at 5:58:50 a.m., to be exact — I looked to the northern sky, with dozens of stars still visible against the flat black of fleeing night, and watched Iridium satellite 10 reflect the light of our star, flaring brighter than anything else in the predawn sky. A few seconds later, it was once more just a speck of light, making its appointed rounds.

Sure, I only found Iridium 10 because I downloaded the Flare Finder app on my smartphone. And I realize that the technology that puts telecom satellites on high also makes possible a lot of nonsensical and pointless chatter.

But for a few seconds, at least, it helped me reflect upon our species’ condition. We humans can spread light to the heavens, capture photos of distant worlds, and relieve hunger, end disease and mitigate the effects of natural disasters. We can equally well spread a darkness of injustice, war and environmental devastation.

I’m not about to follow Huxley’s lead and use drugs to pass through “The Doors of Perception”. I’ll stick to sky watching. But for me at least, “Heaven and Hell” offered an important lesson: Our search for meaning requires filters and perspective. And that’s harder when we spend our lives immersed in sound, light, and constant stimulation.

Timeouts are important. Turn off the TV. Brave a cold night to see the stars and watch for meteors. Or turn off the lights and sit in the dark. Just to think. Perchance to dream.