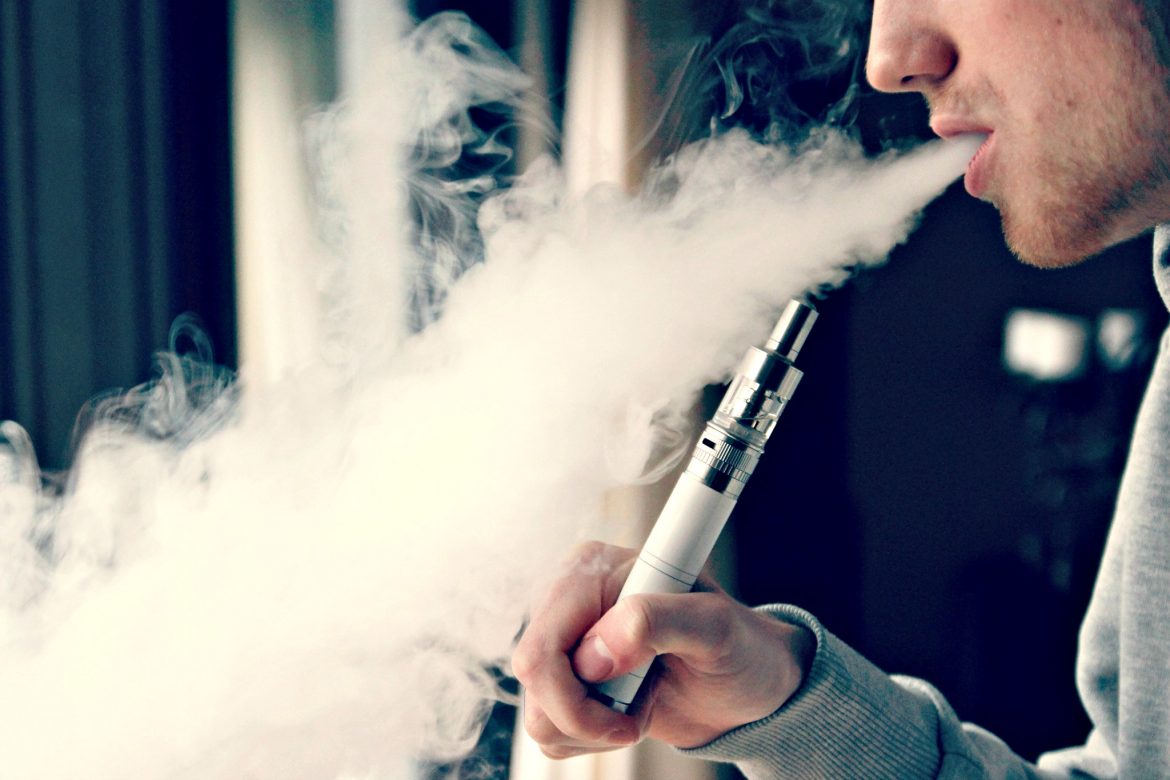 This article was originally published in the Dec. 16, 2017, edition of the Sun.

Massachusetts’ effort to legalize marijuana had an aspect of its origins in Worcester, where James Smith, a former state legislator turned consultant, met up with Matthew Huron, a Coloradan and CEO of Good Chemistry with local roots who had come to Massachusetts to assist with the legalization effort.

Today, marijuana is legal and some medical marijuana dispensaries have already sprung up, including Worcester County’s first dispensary, Cultivate Holdings, which opened for business in Leicester on Dec. 1.

The past week brought more news from the state’s Cannabis Control Commission: The panel passed preliminary approvals to allow specialty marijuana cafes and bars that would allow the use of pot products on site; would allow restaurants, cinemas, yoga studios and other businesses to apply for licenses to host the sale and consumption of marijuana-based products in specific areas within their establishments; and permit pot to be home-delivered.

The proposed authorizations to widen availability beyond pot dispensaries come with caveats that limit the amount of marijuana being sold and served, as well as not allowing consumers to take home unused portions.

After a public-comment period, the suggested guidelines will be finalized on March 15.

A July 1 start date looms for those who are quick enough to work through the regulatory process in hopes of opening a recreational pot shop. 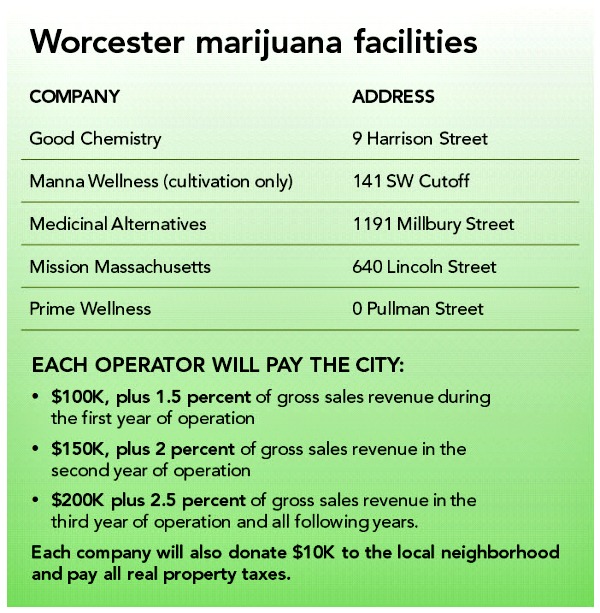 Smith, a sponsor of pot decriminalization from as far back at the 1970s, recounted his meeting with Huron during a State House News Service forum in Boston last month titled, “Pot Primer: The Past and Future of Marijuana in Massachusetts.”

“This was about five years ago, and there was no banking. There were no checkbooks. We met in a coffee shop that I don’t recall the name of,” said Smith. Huron “clearly was a very legitimate business person, and so as you do with any client we talked about a retainer and he said, ‘I brought a retainer along.’ ” It was a wad of cash.

“He said, ‘I need you to help me learn the terrain here.’ And so I represent him to this day,” said Smith, a founding partner of the Boston-based Smith, Costello & Crawford law firm. “The good news is, now all of our clients pay with checks.”

Huron had his eye on Worcester before Question 4 even went before voters in 2016.

About 200 people attended the Nov. 15 forum in Boston. The room was filled with anticipation for July, and the opportunity to enter what one speaker said would become a billion-dollar business for the state.

But there is still resistance in some quarters.

According to reports, as of mid-November 35 Massachusetts communities had adopted permanent bans on retail shops, and 89 had adopted temporary moratoriums on retail sales. The number of communities that voted against Ballot Question 4 in 2016, which legalized recreational use, was 87.

Smith said he expects as many as 50 recreational marijuana shops to be ready for business by July 1. He notes that about 700 are open in Colorado – 200 in Denver alone. Although Denver is about the same-size city as Boston, he said he doesn’t expect Boston to open anywhere near as many pot shops.

But the ones that do open will be money makers, Smith said.

“It’s our job to make sure there are shops open,” said state Senate President Stanley Rosenberg, who has since taken a leave of absence from the post. While the Amherst Democrat believes Colorado serves as a model for our state, “We do not need the kind of proliferation in Massachusetts that they have in Colorado,” he said.

Rosenberg said he decided to come out in favor of legalization partly because his Amherst-based district was overwhelmingly in favor, but also “because the pro-marijuana forces need to know there was a power center in their corner.”

There is some concern that in the short term there will not be enough recreational dispensaries to meet the demand.

“We don’t need to be saturated, but each part of the state has to have access,” said Daniel Smith, general counsel to state Sen. Patricia Jehlen, D-Somerville. He said as the process goes forward, the marijuana industry will be credited as a job creator.

“There is a lot of fear that is being passed around,” said Kamani Jefferson, president of the Massachusetts Recreational Consumer Council. Towns in Colorado “saw the money they were losing and said, ‘OK, we’ll change our minds,’ “ added Daniel Smith.

Jefferson predicted that virtually all of the Massachusetts sites that are opening first as medical facilities will opt in for recreational sales.

For his part, Rosenberg predicts that more than 100 of the state’s 351 cities and towns will eventually play host to marijuana shops.

James Smith said towns that have passed moratoriums need to be differentiated from the “knee-jerk reaction” of other towns that have enacted outright bans on marijuana shops and cultivation facilities. “Marijuana is in your town,” he said. “It’s in your middle school.”

He added that fears that shops will sell to underage patrons are unfounded. “Underage drinking is illegal, but there probably isn’t a person in this room who didn’t try a beer before they were 21,” he said. “No one wants to invest $10 million and sell to someone under 21. We can’t eliminate the black market. The middle school will still have a black market. But hopefully, we can put a huge dent in it.”

Dr. Karen Munkacy, who runs the Newton-based medical dispensary Garden Remedies, said the anti-pot-shop prejudices went away after those facilities had been open for a short time.

“The cops eventually told us they [the police] didn’t need to be there,” she said.