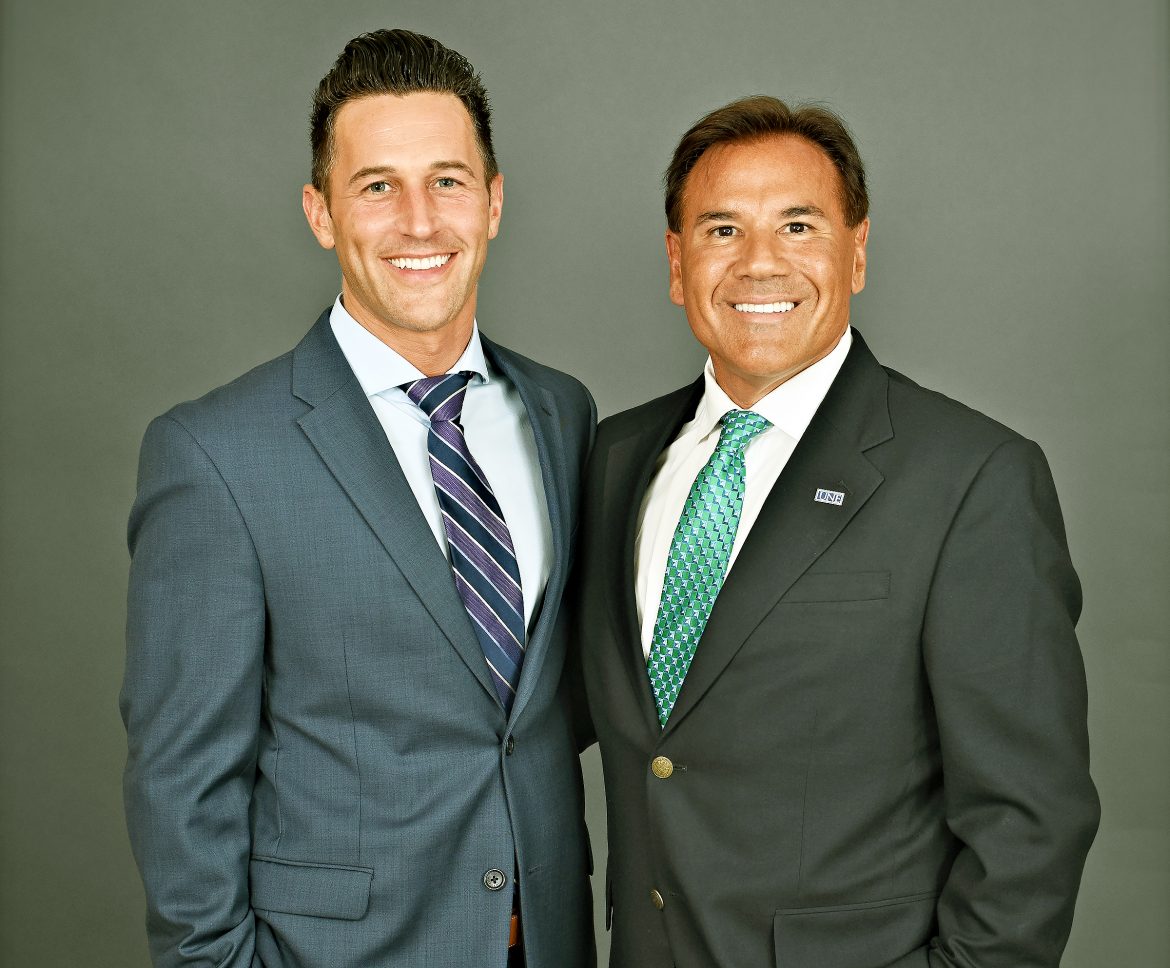 The O2X Human Performance program is a training curriculum designed to tackle the health risks firefighters face, in order to reduce department costs and injury rates. A veteran-owned small business, O2X is based in Quincy and consists of U.S./U.K.Special Operations veterans, professional and Olympic athletes, and over 50 experts who teach the latest research in health, wellness and performance.

Literacy Volunteers of Greater Worcester has named Melissa Depanian secretary of its board of directors, and Kelsey Miller treasurer.

Depanian is a senior marketing manager at EnerNOC, an energy management services company, where she is responsible for creating and executing the company’s go-to market strategy for demand response. She has worked in the energy industry for 10 years and thrives on finding innovative ways to simplify the complexities of energy management for today’s businesses. Previously, she spent four years with the nonprofit Entrepreneurs’ Organization, where she drove member recruitment, training and event planning in 36 cities throughout Asia Pacific and North America.

Depanian earned a bachelor’s degree in international affairs from Notre Dame of Maryland University, and a master’s in communications from Clark University. She has been serving on the LVGW Board of Directors since 2016.

Miller is a certified public accountant. He comes to LVGW with over five years of CPA experience. Having moved to Worcester last spring, Miller quickly settled into volunteer roles with a few Central Massachusetts organizations. A longtime resident of Richmond, Va., Miller received a degree in music and accounting from Virginia Commonwealth University before establishing his career in public accounting with a “Big 4” accounting firm while serving as treasurer for two local organizations.

Miller was drawn to Worcester after a year traveling the country in a motorhome — and upon his wife receiving a job offer in Massachusetts — for its abundance of outdoor activities and vegan food options as well as the promise of the city’s new economic development combined with a high quality of living.

St. Peter-Marian Junior-Senior High School will host a Blue Mass on Jan. 30 at its campus at 781 Grove St., Worcester.

This event, part of National Catholic Schools Week, will provide a special opportunity for students to honor the men and women who are dedicating their careers to be of service to others as exemplified in the areas of fire, police and first responders.

SPM invites community members who have chosen service careers, whether current or retired, to accompany students and staff as they celebrate these vocations. 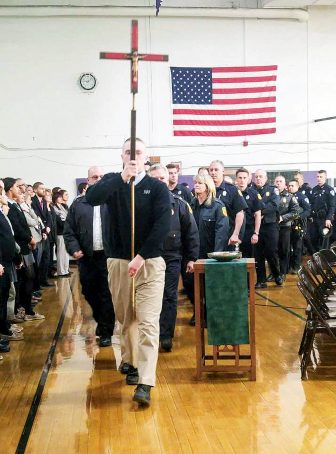 SPM is set to host a Blue Mass to honor first responders.

The Worcester Regional Research Bureau, which has since 1988 celebrated the unsung heroes of public service, is accepting nominations for the Thomas S. Green Public Service Awards.

The Green Public Service Awards highlight those municipal employees who provide outstanding and exemplary contributions to government and the community. This award is open to all municipal employees in Central Massachusetts, except department or division heads.

Winners will be recognized at a ceremony on April 26 at Assumption College.

Nominees for the Thomas S. Green Public Service Awards must illustrate: exceptional competence and efficient handling of all assigned responsibilities; enthusiastic performance of tasks above and beyond the call of duty; cooperative, helpful, and friendly attitude toward the public and fellow employees; and community involvement outside the scope of job-related responsibilities.

The Worcester Regional Chamber of Commerce has announced that Yassmin Abdel-Magied will be the keynote presenter at the ninth annual Worcester Women’s Leadership Conference. It will be held from 7:30 a.m. to 4:15 p.m. Thursday, May 3, at the DCU Center.

Abdel-Magied founded Youth Without Borders, a youth-led organization, when she was 16. She studied race car design in college and after graduating as valedictorian with a degree in mechanical engineering, worked as one of the few female engineers on oil and gas rigs around Australia. Abdel-Magied is now an internationally renowned speaker on the topic of unconscious bias. Her TED talk has over 1.8 million views. She published a best-selling memoir at the age of 24 and her writing has appeared in publications worldwide, including The Guardian and The New York Times.

Abdel-Magied will be joined by Colette Carlson, a human behavior expert who inspires individuals to connect and communicate in ways that drive productivity, engagement and collaboration.

“This year’s conference will once again focus on key and timely issues that affect women of all ages and in all stages of their careers,” said Kimberly Salmon, chairwoman of the 2018 Planning Committee, and director of community relations at Fallon Health. “We encourage leading women who plan to attend to consider inviting young professionals or emerging leaders from within their own organizations or networks to join them for this inspirational and motivational day.”

The day will include an exhibitor marketplace of primarily women-owned and women-led businesses, as well as speakers presenting various workshops on topics ranging from office politics, sexual harassment, confidence and power, mentoring, and transitioning careers.

The conference will also feature the Reach Up and Out Mentoring Program, sponsored by Becker College. This portion of the conference pairs seasoned professionals with conference newcomers, so that they may offer advice, share experiences or introduce them to others.

The conference will include a continental breakfast, luncheon and networking reception. Workshops are being planned and will be available for viewing in April. The cost to attend the full-day conference is $150 for Chamber members; $195 for non-members. Tables of 10 are also available. Registration is now open at www.worcesterwomenleadership.com.

Budaj has 26 years of experience within the health insurance industry. He will direct all functional areas of Information Technology at Fallon, including Information Management and Data Analytics. He also will oversee enterprise-wide program and product initiatives that support overall corporate strategy.

Prior to joining Fallon, Budaj was IT director of Enterprise Data Management and Infrastructure at ConnectiCare, Inc. & Affiliates. In his role at ConnectiCare, Budaj managed a diverse group of IT professionals, set the technical direction for and alignment of corporate goals, was responsible for an administrative budget of more than $4 million and helped the business run effectively for 10 days in 2011 while on a backup generator following a major storm.

Reserve, a table management system and instant reservation service, has announced a media partnership with Mass Foodies. Reserve has likewise partnered with hundreds of the country’s top restaurateurs including juggernauts such as Dan Barber and Jean Georges Vongerichten.

The collaboration aims to reveal inner workings of the guest experience at key Massachusetts restaurants through a variety of profiles with industry insiders. Both Reserve and Mass Foodies believe that technology should facilitate hospitality and not stand in the way of a restaurant’s relationship with its guests.

Reserve was founded in New York City in 2014 and has since launched in 21 major cities. The company boasts restaurant technology “with a brain,” designed to get more diners into the same number of seats in order to bolster the restaurant renaissance afoot in gateways cities like Worcester. With the capacity to help managers better understand table turns and the capability to ensure that table wait times are accurately quoted, complex statistics are effectively transformed into actionable insights, according to a statement from the company.

The Mass Foodies and Reserve collaboration will begin with a spotlight on deadhorse hill’s pre-shift rituals as the staff prepares for a busy Saturday night service. The deadhorse hill team was recently invited to cook at the James Beard House in New York City. They will be opening a new Korean concept called simjang this winter.

Daga is a pediatrician at Medical Associates Pediatrics in Leominster.

Lee is physician-in-chief of the UMass Memorial Children’s Medical Center and chair of UMass Medical School’s Department of Pediatrics.

Dr. Robert Leonard, founder of Leonard Hair Transplant Associates (LHTA), has announced that Dr. Matthew Lopresti has been named chief surgeon of LHTA, which specializes in the practice of medical and hair restoration surgery.

Lopresti joined the practice as an associate surgeon in 2013.

“An incredibly talented physician, he has earned this position one surgery and one patient at a time,” Leonard said of Lopresti. Leonard will remain with the practice and will continue to consult with patients and perform procedures on a slightly reduced schedule.

Lopresti, a Malden native, is a graduate of the University of Massachusetts and earned
his doctorate from the College of Osteopathic Medicine at the University of New England. He completed his medical internship at St. Joseph’s Medical Center in Pennsylvania, his residency at Boston Medical Center, and his fellowship at Harvard Medical School. Lopresti is an expert in the follicular unit extraction (FUE) technique, in which hair follicles are individually harvested from the donor area to ultimately create a natural looking transplant result.

“We take pride in giving our patients the utmost care and respect they deserve and I look
forward to this next chapter with them – and with my mentor Dr. Leonard – at Leonard Hair Transplant Associates,” said Lopresti. “My goal is to continue to grow our practice, as well as make my own contributions to the field of hair restoration.”

Harvard Pilgrim Health Care Foundation has announced that 17 nonprofit organizations in Worcester were awarded $13,600 in grants from the Foundation’s Community Spirit 9/11 Mini-Grant program.

To commemorate those Harvard Pilgrim members who lost their lives on Sept. 11, 2001, Harvard Pilgrim and the Foundation created the Community Spirit 9/11 Mini-Grant program. This program allows each Harvard Pilgrim employee to award a $500 grant, completely funded by the foundation, to the local charity of his or her choice each calendar year. Since this community grants program began in 2002, Harvard Pilgrim employees have directed more than $5.2 million to thousands of organizations throughout Massachusetts, Connecticut, Maine and New Hampshire.

“We are so fortunate to have generous and dedicated employees who enrich our company and the communities in which we all live and work,” said Karen Voci, president of the Harvard Pilgrim Foundation. “The Mini-Grant program is a wonderful way to support our employees as philanthropists and to help them make an impact in their own cities and towns.”