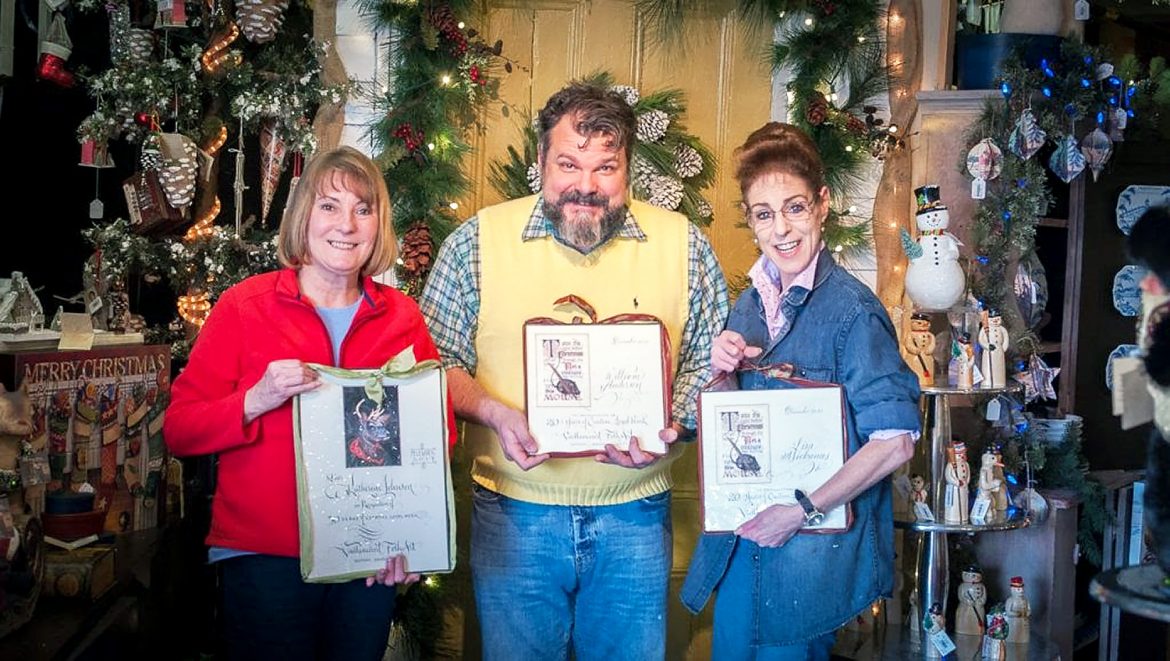 William Anderson of Holland and Lisa Mickunas of Millbury both celebrated 20-year anniversaries, while Katherine Johnson of Douglas celebrated 30 years.

Janet A. Pierce, executive director of CMRPC, said, “We are thrilled to witness the effect this program is having in Central Massachusetts. With the Baker-Polito Administration as its champion, Green Communities is creating tangible change.”

For the 11th year, the American Red Cross and Dunkin’ Donuts will partner in January to help increase blood donations and reward generous donors.

Through the Dunkin’ Donors Make a Difference campaign, all those who come to give blood or platelets in January at Red Cross blood drives in Massachusetts will receive a $5 DD Card good through Feb. 28.

“Donating blood or platelets helps to save lives, and with Dunkin’ Donuts’ support, we can help ensure hospital patients receive the transfusions they need,” said Donna M. Morrissey, director of national partnerships, Red Cross Biomedical Services. “We appreciate the dedication that Dunkin’ Donuts has given to our mission for more than a decade.”

The $5 DD Card can be used toward the purchase of any item at participating Dunkin’ Donuts. In addition, the DD Card features a Red Cross logo, is reloadable and can also be enrolled in the DD Perks Rewards program.

Leominster-based Fidelity Bank this holiday season gave $500 to each of its 10 full-service branches — in Worcester, Leominster, Fitchburg, Gardner, Shirley, Barre, Millbury, Paxton and Princeton — for staff to contribute to the charity of their choice.

“The annual gifts to our full service offices are one of the best ways we use our LifeDesign Community Dividend,” Fidelity Bank Chairman and CEO Ed Manzi said in a statement. “Each year, I enjoy learning about the important local causes the branches decide to support.”

Staff at the Fitchburg branch chose Karing 4 Kidz, the nonprofit started by a young Fitchburg girl in 2011 in partnership with Blessings in a Backpack.  Each weekend the group provides what are called “kidpacks” full of food to needy elementary school students who rely on school lunches for their lunches during the week.

Millbury staff gave the $500 to the Millbury Lions Club. Princeton staff selected the National Education for Assistance Dog Services, which trains and places service dogs for people who are deaf or have a disability.

The society believes a shrine with a Marion Devotion is the best future use for the church, as it allows the church to continue serving as a Roman Catholic sacred space in the heart of a rapidly developing section of Worcester.

The success of the appeal brought by former parishioners who are members of the Mount Carmel Preservation Society against the permanent closure of the church — something which must be achieved prior to it being possible to develop a shrine — hinges on the ability of the society to raise sufficient funds to prove to the Vatican that it is capable of continuing to maintain the church as a Roman Catholic sacred space.

To support the society’s efforts to save the church, people are invited to donate or reach out to participate as an in-kind volunteer. Visit www.preserveourladyofmountcarmel.org for more information.

“We’re a true two-generation family business, but when you consider everyone who’s worked with us over the years it’s great to see that most of them stay. Our average employee has been with us for nearly two decades — an average that was reduced due to a new hire in 2017,” said Gary Vaillancourt, who owns and runs the business in Sutton with his wife, Judi.

Mickunas started her career with the company in 1997 in the finishing department. Over the years, she worked in shipping, operations, and now paints in the studio. Gary Vaillancourt said, “Her dedication and adherence to quality make her indispensable.”

Anderson, a formally trained master painter, also joined the company in 1997. “He is efficient, concise, and able to do the most difficult pieces,” Gary Vaillancourt said. “When Judi designs the intricate limited editions, Bill gets first crack.”

Johnson started in the shipping department when she joined Vaillancourt in 1987. “Since then, Kathy has blossomed into one of our more valued painters,” Gary Vaillancourt said. “She’s been adding the finishing touches to production chalkware for years. Although she is not formally trained, her eye for quality and detail are outstanding and vital to our success.”

The grants announced comprise $1,005,000 in funding to 40 organizations. Twenty-seven organizations, receiving a combined $740,000, are focused on grassroots relief and reconstruction in Puerto Rico. The remaining $265,000 is designated for 13 organizations that provide frontline support for families and individuals displaced from Puerto Rico to Massachusetts.

One of the 13 is the United Way of Central Massachusetts, which received $30,000 to support relocation efforts.