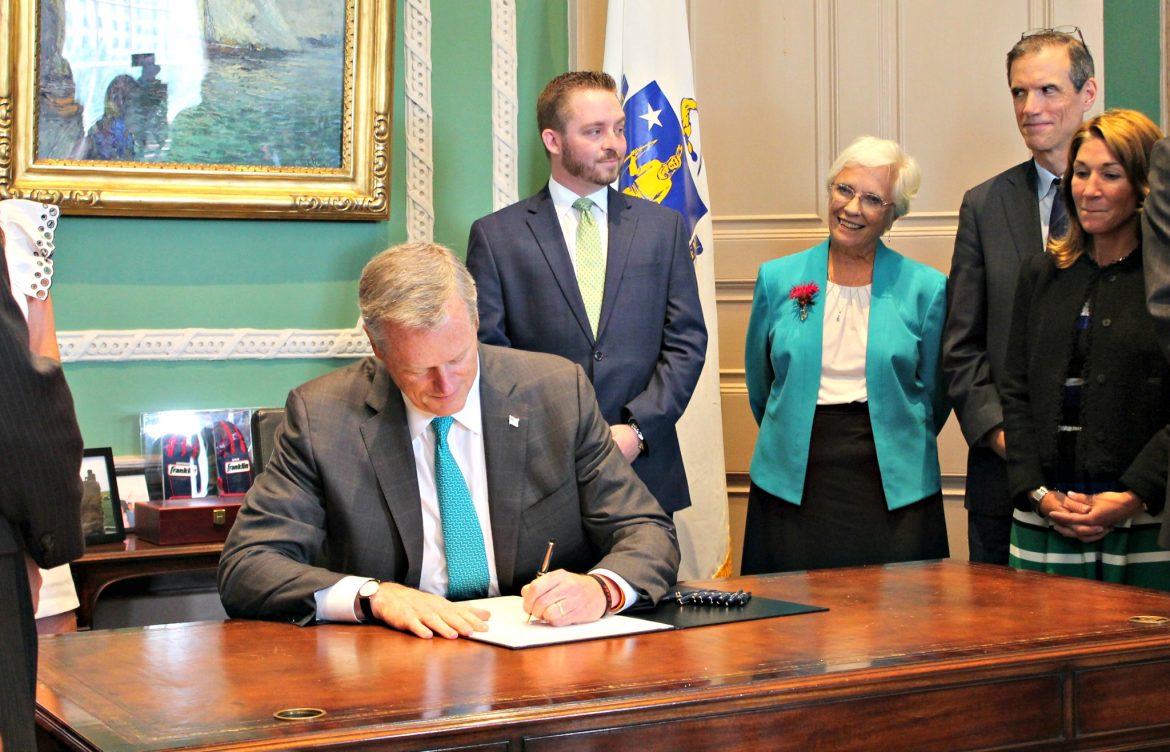 Gov. Charlie Baker plans to meet with U.S. Attorney Andrew Lelling next month and the governor thinks state and federal law enforcement priorities could converge on cracking down on the illicit marijuana market.

At the state level, where marijuana has been legalized for medical and other uses, stamping out the black market trade could bolster the regulated sale of the intoxicant, the governor said.

“Once we have a regulated legal market here we should want to prosecute and go after people who continue to engage in this product illegally. If you talk to the folks in Colorado, they’ll tell you that one of their big problems is they still have an enormous black market, and some of that black market’s being supported by some of the legal market, and I think one of the things we should make sure is that the legal market is the market,” Baker told co-hosts Jim Braude and Margery Eagan during his regular “Ask the Governor” segment on WGBH radio.

A big unanswered question for Bay State policymakers and pot purveyors has been whether Lelling will prosecute businesses that sell marijuana in the state-regulated system. While saying he has limited resources to fight illegal activity, Lelling threw a curveball into the market this month when he noted cultivation, distribution and possession is an unambiguous federal crime and said he can’t assure immunity to anyone in the state-level marijuana trade.

Responding to a caller who asked about medical marijuana, Baker said he doesn’t foresee a clash between federal and state officials.

“I think this is something we should be able to come up with some kind of general sense about,” Baker said. “I am actually optimistic that this won’t become a huge – for lack of a better word – fight between the states and the federal government.”

Lelling has refused to rule out prosecuting anyone engaged in the marijuana business and said he cannot meet with the Cannabis Control Commission, but he has made clear that policing opioid traffic is a far greater concern.

“On the one hand, marijuana cultivation and trafficking is unambiguously illegal under federal law. It just is,” Lelling told reporters last Wednesday. “The number one enforcement priority for my office is the opioid crisis. As I pointed out to someone the other day, 2,100 people in Massachusetts were killed by opioid overdoses last year, not marijuana overdoses. So that is where my resources are going right now. And that’s really the best I can say. What I can’t do is in advance say that a category of people working in the state of Massachusetts with marijuana are immune from federal prosecution.”

Marijuana remains illegal under federal law. Massachusetts voters legalized medical marijuana at the state level in 2012 and legalized the retail sale for adults in 2016. State-regulated sales of marijuana for non-medical purposes are expected to start this summer.

Massachusetts is one of several states where marijuana has been made legal. U.S. Attorney General Jeff Sessions at the start of the year announced a new stance towards state-regulated marijuana, rescinding an old policy of essentially looking the other way.

“In deciding which marijuana activities to prosecute under these laws with the Department’s finite resources, prosecutors should follow the well-established principles that govern all federal prosecutions,” Sessions wrote in the Jan. 4 memo, writing that federal laws show “Congress’s determination that marijuana is a dangerous drug and that marijuana activity is a serious crime.”

The governor, who opposed the ballot question that legalized retail marijuana sales but has since acquiesced to voters’ demands, said he does not know Lelling but knows people who know the career prosecutor. Baker and Lelling plan to get together sometime in February, he said.

The governor also reiterated his hope that Lelling will focus his drug enforcement resources on opioids.