Our fair senior senator has long been at the vanguard of calls for campaign finance reform, railing against the Supreme Court’s Citizens United and McCutcheon decisions, even pledging to limit spending while running against former Sen. Scott Brown to win the seat she now holds.

But now that she stands at the forefront of the Democrats’ “Beat Trump in 2020” hopes, might she be singing a different tune? 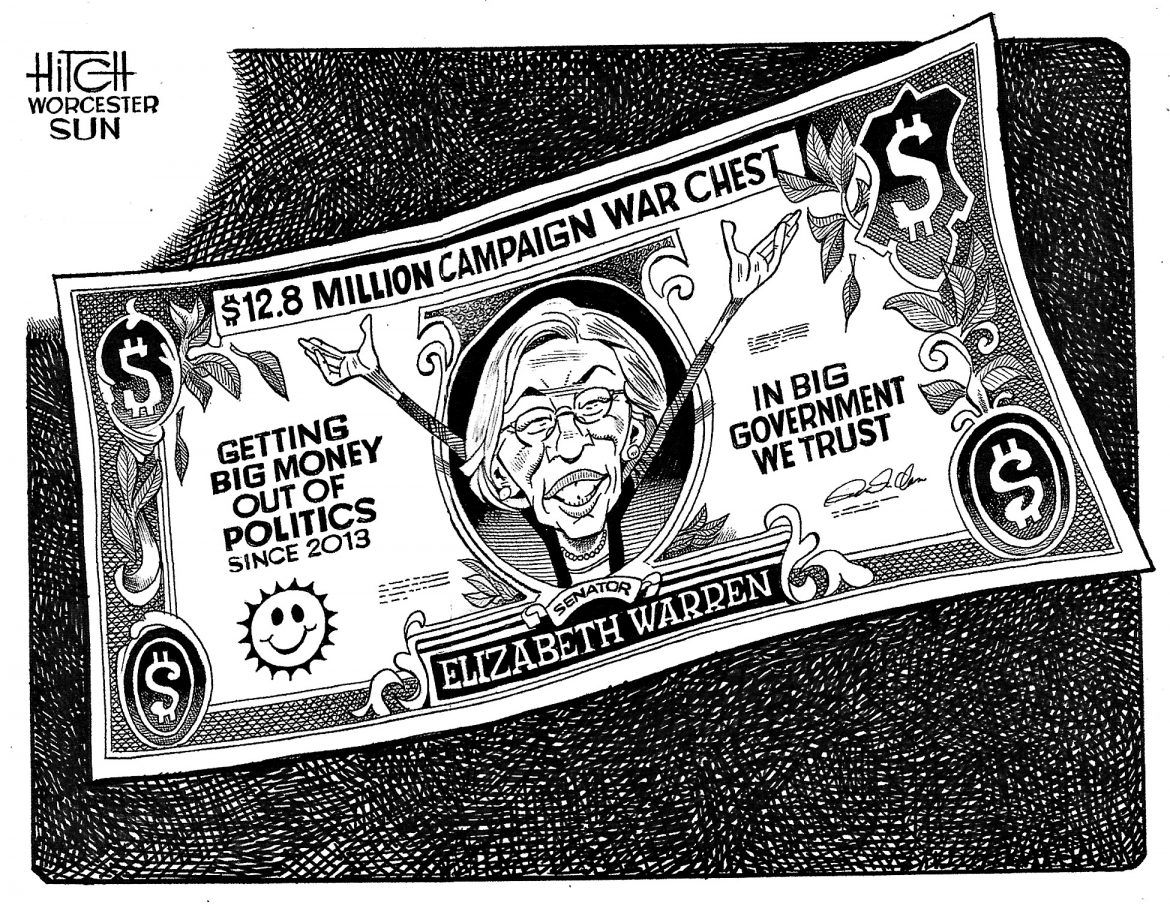