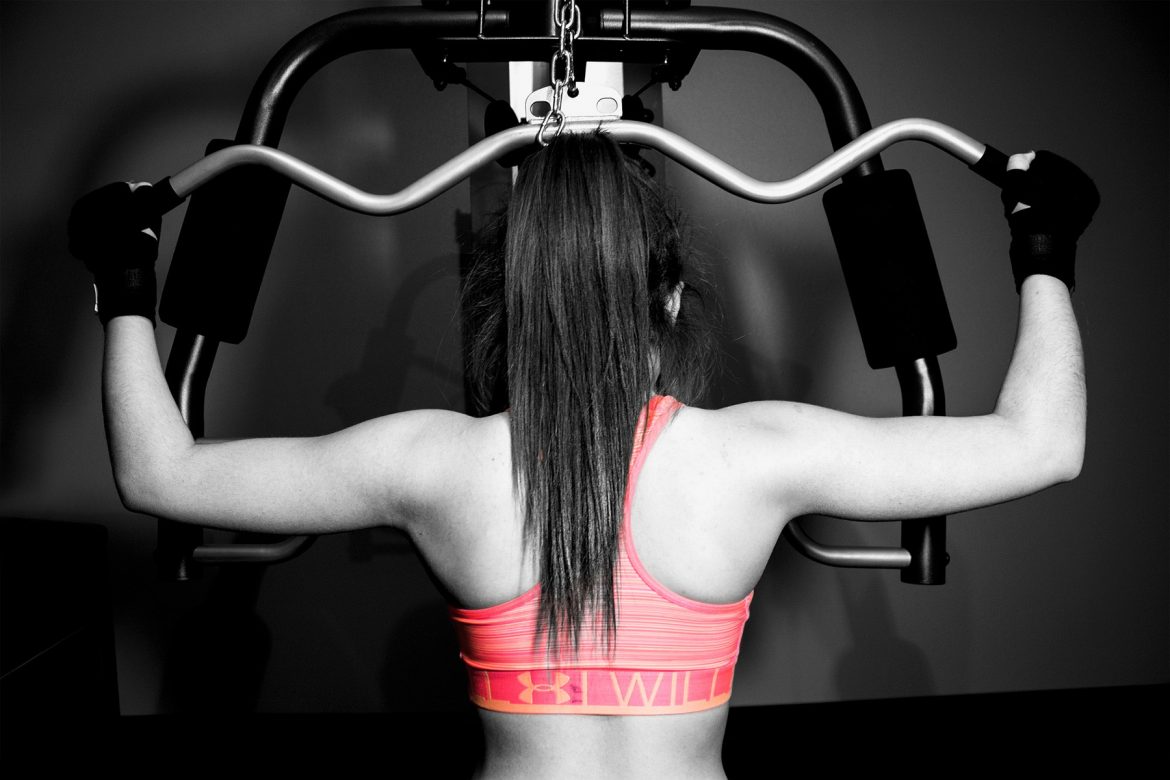 Wondering what the future could hold for fitness, nutrition, body image and the government’s involvement? Find out with author BJ Hill in the Sun’s serial glimpse into the fantastic, fascinating (and mostly fictional) possibilities of a not-so distant tomorrow.

WORCESTER, Jan. 12, 2069 – Walk around the right side of the old Paulson Shoe Factory on Howard Street and you’ll see a nondescript steel gray door. Crack this open and you’ll hear the clang of metal plates and the odor of sweaty leather. This poorly lit, musty gym is a vestige of an old way of life. And as physical exercise regains popularity, it’s also becoming one of the city’s most popular attractions.

“I haven’t seen anything like this since before we had the Concoction,” said Bob Heinz, owner of WooTown Gym. “I’ve been getting 10 or 20 people a day since before Christmas coming by and signing up for memberships.”

Heinz runs one of about 100 still-standing independent workout gyms nationwide that have reported upticks in business in recent months. New Year’s memberships spikes aren’t unusual, but the question is why people are beginning to return to exercising, at a time when, according to a FOXNN poll, 93 percent of people report they are happy with their body image.

Heinz founded WooTown Gym as a 22-year-old college graduate in 2019. He had been a starting football player at Wachusett Regional High School and the College of the Holy Cross, where he played defensive end for the Purple Knights and majored in business.

“Worcester was redeveloping a bunch of old factory buildings around that time, and I borrowed cash from my family to buy the old shoe factory for pretty cheap in a neighborhood that hadn’t yet been revitalized.”

At first, business went well. Records show that in the late 2020s, about 58 million of the country’s 250 million adults had monthly gym memberships.

“There were different gyms for different folks and different convenience. Worcester State had a beautiful new gym when I graduated. And if you worked for a company that had its own gym, that was kind of a big deal.

“Back then, the trend was toward these glass and steel cookie-cutter gyms in shopping areas. I remember one chain had its own color scheme, purple and yellow I think. Here at WooTown, I kept things simple. Real weights, dumbbells and barbells, no machines.”

But things changed after 2032. The Enhanced Water Act gave states the right to add a dozen or so chemicals and medications to the public water supply in an effort to preemptively protect its populations from cancer, diabetes, heart disease, Alzheimer’s and other infirmaries. Part of “The Concoction,” as it was nicknamed, was the bacteria Methanobrevibacter smithii and Prevotella, which helped people’s natural gut bacteria more efficiently metabolize carbohydrates and fats.

Massachusetts was an early EWA adopter. Obesity levels, and symptoms linked to obesity, were slashed within months.

“The science behind it was pretty amazing,” said Heinz. “I remember my brother, who wasn’t exactly the athlete of the family, dropped from 280 pounds to 175 between Christmas ’34 and Thanksgiving ’35. He ate as much as he wanted and his secret was just drinking Worcester tap water.”

By 2040, almost everyone was thinner. And as people shed their pounds, they also shed their $10 to $50 per month gym memberships. Like video stores a generation before, gyms across the country gradually went out of business.

“I’d be lucky to have one or two people drop by a day,” said Heinz. “There were three kinds of guys – old geezers who didn’t want to bother with the pills and actually liked sweating it out in the gym. They’d come in and attack those 10-pound dumbbells as if they were back in their glory days. Or I’d get high school athletes who wanted to beef up for a sport. Not too many of those because by the late 2030s, organized sports were dying out. Or I’d get the 3 percent of the population the gut bacteria didn’t work for. If they were even 10 pounds overweight, it stuck out like a sore thumb. Goodbye dating, goodbye promotions, goodbye health insurance. They had to maintain their weight the old-fashioned way.”

According to Heinz, things continued like that for decades. “Far less eople were coming into the gym, but it didn’t matter to me. For the last 30 years, I’ve been all but retired. I kept the doors open because the building was paid for and I would’ve been coming in to do my own workouts, anyways.”

But beginning two years ago, most gyms around the nation have reported upticks in memberships. Social scientists have been at a loss to explain this reverse trend; some have attributed it to the warmer climate and extended summer, to the North American Blackout of 2066, to nostalgia, or even to the now-classic training montage in the 2066 film “Rocky XXII.”

“I think the gym is educational,” said 27-year-old Susan Richardson, of Worcester, a new member of WooTown Gym. “My grandmother used to be on the women’s basketball team at Auburn High. She told me about her favorite workouts, which I’m following now. It’s kind of like a family recipe.”

Now 72, Heinz is pleased to see the renewed interest in working out, whatever the motivation. He’s glad that he can help in any way, offering workout tips and pointers to novices and veterans alike. (Tip No. 1: Keep your elbow in during a bench press.)

“I’ve been doing this a long time, and I have my own theory [why people once again have become interested in working out],” he said.

“We live in a society where we have anything that we want. We can order food, watch movies, and look up knowledge with the internet. We can explore faraway lands and learn new skills with virtual reality. We can write hit songs and paint masterpieces with Artificial Intelligence. We can do all those things before lunch. Life’s easy.

“In the information age, we learn and expand our minds so much every day, that we forget that we’re even doing it. We’ve come to take learning and creating for granted, like breathing.

“But our bodies have definite limits. Improvements come only after work and struggle. It’s not like you can download a free app to let you jump higher, lift more weight, or run 26.2 miles. Sure, technology like gut bacteria or space-material sneakers can assist, but they go only so far. Our determination and dedication today lead to success, or failure, in two weeks or a month. As humans and as a society, we need those goals. We need that danger of failing. Humans need that journey.”

Author’s notes: Scientists have discovered both genes that control, and gut bacteria that burn, excess body fat. While the therapies are successful in laboratory mice, we’ll probably see an FDA-approved version in our lifetimes. If it were available, would you use it? Do you think having a healthy-looking body is something that should be achieved by sacrifice, diet and exercise? Or would you rather “get fit” almost instantly and spend gym time doing something else?