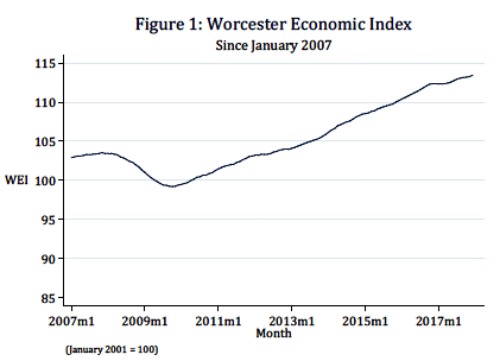 Worcester's economic growth is slowing down.

The greater Worcester economy grew at roughly 1.0 percent during the fourth quarter of 2017, down slightly from the revised 1.3-percent figure realized in during the third quarter, according to the latest update of the Worcester Economic Index.

The WEI, which is included in the Worcester Economic Indicators report released each quarter by Assumption College Professor of Economics Thomas White, Ph.D., is an estimate of local economic activity based on recent Worcester-area employment and unemployment data.

“While the area continued to add jobs in the fourth quarter, this year’s numbers showed less of a seasonal bump than usual, which contributed to the slow growth of the WEI at the end of the year,” White said. “The December unemployment rate for Worcester was 3.3 percent, which is still below both the state and national estimates.”

“Most of the leading indicators used in the forecast are positive. Consumer expectations are strong, the stock market has been on the rise, and credit market conditions are favorable,” said White.  “Only the interest rate spread is having a negative impact, which is due to recent rate hikes by the Federal Reserve.”

In addition, the report highlights two local leading indicators. Fourth quarter new business incorporations in the greater Worcester area were up over 10 percent since 2016, which is a positive signal for potential future hiring. Statewide initial unemployment claims fell 0.2 percent over the past year, which is not significant enough to be either a positive or a negative sign.

The next Worcester Economic Indicators report will be issued in May. 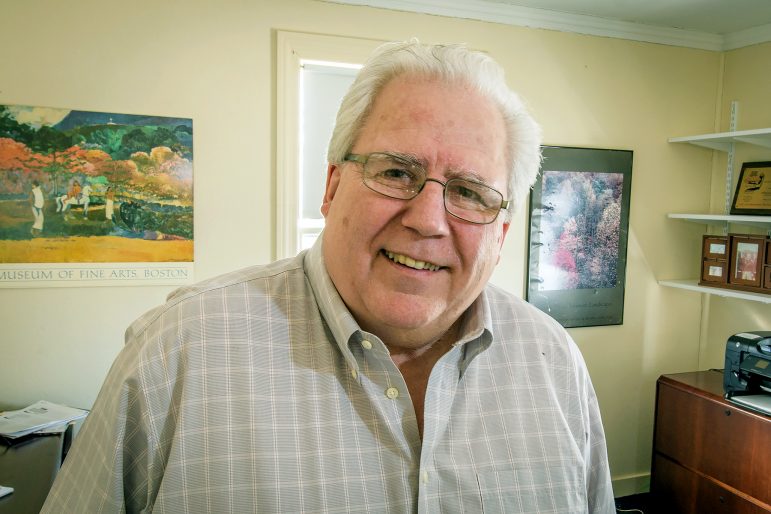 He recently served as the director of operations of the Graduate School of Business at Bryant University in Rhode Island, and as associate director of Continuing Education and Community Engagement at Central Connecticut State University.

Cheney held various roles of increasing responsibility at the Connecticut Small Business Development Center (CSBDC) at the University of Connecticut School of Business, serving most recently as interim state director. The CSBDC provides customized advising, education and network resources to entrepreneurs and small businesses in Connecticut.