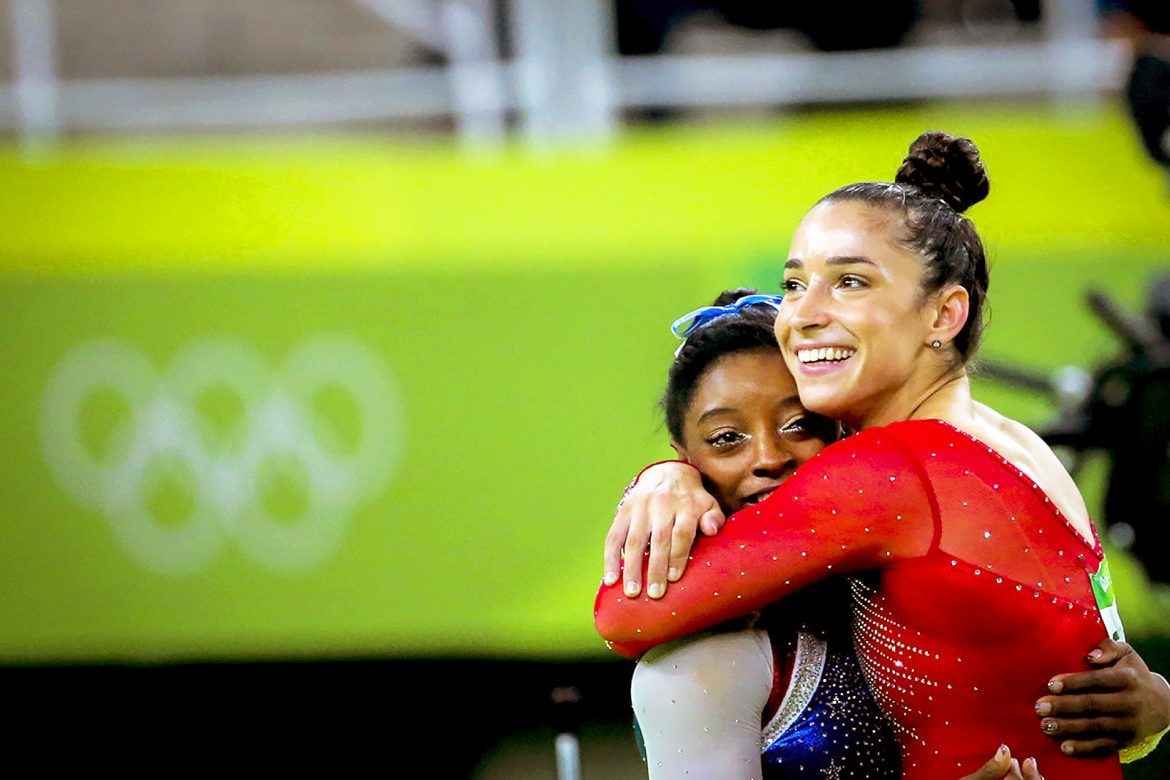 “You’ve got a lucky boyfriend.” These were the words the physician’s assistant conducting my gynecological exam in 1998 uttered as he suggestively smiled down at me over my paper gown. I lay on the exam table, 20 years old, wondering what to say back. Feeling angry, embarrassed and violated, I called my mom afterward. We both reported him. Whether he still works there, I don’t know.

That experience disgusted me then and now, from my current perspective as a historian who studies gender and American political culture. But I recognized that I was fortunate in several ways. My mother believed me. It was an inappropriate comment perhaps perversely meant as flirtation, however predatory, rather than an assault. And I never had to see him again.

America’s elite female gymnasts had far more devastating experiences under recently convicted sports medicine doctor Larry Nassar. On Jan. 24, a Michigan judge sentenced Nassar to 40 to 175 years for his sexual abuse of more than 150 young female athletes, in the biggest sexual abuse crisis in American sports history. In the context of the #MeToo movement, Nassar is perhaps the only sexual predator more monstrous in the public eye than Harvey Weinstein.

But a look at the history of women athletes in America shows that Nassar’s abuse represents a historical pattern of sexual violation of young females by male power brokers in sports. After World War II, millions of women streamed into sports, where men had increasing access to, and control over, young female athletes.

Most sports leaders have supported athletes rather than abused them, and postwar federal laws like Title IX and the Amateur Sports Act aimed to empower athletes across gender. But since educational institutions, Olympic authorities and the federal government have not strictly enforced these laws, they’ve ironically created opportunities for abuse.

With girls securely under their control, and to avoid suspicion that female administrators were turning students into lesbians, phys ed teachers front-loaded femininity by emphasizing ladylike fitness and decorum, rather than the exhilarating experience of competition. Academic administrators also barred “respectable” – meaning white Protestant – girls from interscholastic contests.

Most men didn’t come into contact with these female athletes until the Cold War began. Then the Soviet Union racked up medals in women’s events at its first Olympiad in 1952, rattling Americans by placing second overall in the medal count. U.S. politicians, diplomats and male coaches decided to take women’s sports seriously to score national wins in glamorous international competitions.

During this time, no law existed to protect young athletes from men’s sexual abuse in educational institutions. For example, in 1964, when 14-year-old swimmer Diana Nyad’s elite coach began a three-year pattern of sexually assaulting her, her high school principal was not legally bound to investigate suspicious rumors about the coach.

Then, in 1972, the U.S. passed Title IX, a law mandating equal treatment for the sexes in educational institutions receiving federal funding. In a massive score for gender-equity improvement, female athletes flooded into competitive sports.

At the same time, Title IX increased men’s access to female athletes. Even during the “women’s liberation” movement of the 1970s, endemic sexism prevented women from achieving at least partial parity in leadership positions. As the NCAA grew increasingly eager to control women’s sports and Americans saw female athletes as legitimate, schools and private organizations increasingly hired men for authority positions that women had often previously held, such as coaching, management and athletic directorship.

As in most U.S. industries, men commanded higher salaries and prestige than females. Today, in college sports, just 40 percent of women’s sports coaches and 22.4 percent of athletic directors are women.

Men disproportionately specialize in orthopedics – and, because so many elite athletes suffer bone or muscle injuries, they often see these specialists.

As two-time Olympic gymnast and Needham native Aly Raisman emphasized in her testimony against Nassar, other adults pointed to his orthopedic expertise as a reason the girls had to continue to be treated by him. Nassar’s patients started reporting his abusive behavior in the 1990s. Had any of the adult authority figures to whom they reported actually followed up on the students’ Title IX complaints, two-plus decades of abuse could have been avoided.

The 1978 Amateur Sports Act, which chartered the U.S. Olympic Committee, and the 1998 Ted Stevens Act, which modernized it after the Cold War, are other examples of federal law intending, but failing, to protect girls and women.

But neither USA Gymnastics not the U.S. Olympic Committee acted to protect female athletes under Nassar. They failed to follow up on many reports of abuse or pass claims along to law enforcement. In sheltering Nassar and other male perpetrators at the expense of female athletes’ health, the U.S. Olympic Committee failed every girl and woman whom Nassar examined under the authority of USA Gymnastics.

This failure isn’t unique to gymnastics. When Yasmin Brown’s Taekwondo coach began abusing her in 2010, neither USA Taekwondo nor the U.S. Olympic Committee took concrete steps to remove the coach, leading to his continued abuse of Brown and other girls.

In the cases of both Title IX and the Ted Stevens Act, had the adults in charge of these predatory men taken female athletes’ need for protection seriously, athlete abuse could have been curtailed.

For predators, this lax oversight created increasing opportunities to assault young women, even as those laws gave females initial access to sports. Because the federal government has historically enforced Title IX weakly at best, schools don’t feel pressured to act on reports of abuse. No educational institution has ever lost its Title IX funding.

Nassar’s sexual abuse of female athletes represents decades of male-dominant institutions, such as elite sports organizations and athletic departments, whose policies and actions protected perpetrators rather than athletes. When these groups refuse to act, they choose to win at the expense of athletes’ safety and well-being.

Anne Blaschke is a visiting assistant professor of history at The College of the Holy Cross. This article was originally published Jan. 30 by The Conversation.