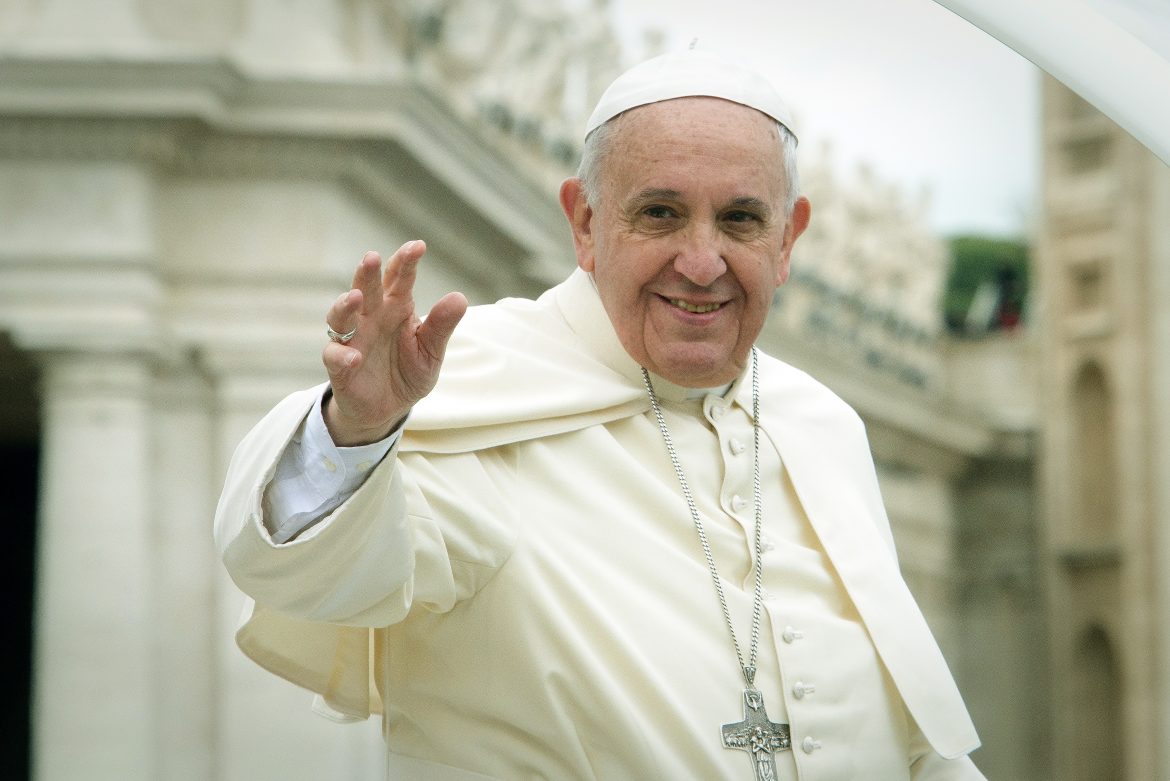 Pope Francis believes a change is due for the Lord’s Prayer.

In a world that often struggles with difficult and ambiguous moral issues, it is helpful to know that there are still a few places where standards do not change. But what if the very foundations we rely upon are subject to revision? What if words no longer mean what we thought they meant?

Such a possibility is arising today within the Roman Catholic Church, which for millions of Americans remains an institution where morality and language are supposed to be — like the Ten Commandments — written in stone.

I am not referring to the serial sexual abuse by priests scandal, an obvious break from everything that Scripture and Church teachings hold sacrosanct. Rather, what could be the effect of a linguistic change within Church liturgy itself?

In early December, Pope Francis told Italian broadcasters that the portion of the Lord’s Prayer that asks God to “lead us not into temptation” is a poor translation, and should be amended to reflect an understanding that God would never lead humans into temptation.

French Catholics have taken the Pope’s suggestion to heart. As the London-based Daily Telegraph reported, some theologians even asserted that “lead us not into temptation” had blasphemous overtones! Beginning Dec. 3, French Catholics now use a version of the Lord’s Prayer that translates to “don’t let us enter (or fall) into temptation.”

German bishops, on the other hand, declined Francis’ suggestion, and reaction elsewhere, including in the United States, is mixed. Some theologians and scholars, and many ordinary Catholics, say that Francis is simply mistaken.

This isn’t a matter of Catholics being resistant to change. The Second Vatican Council in the early 1960s brought profound liturgical changes, with priests for the first time facing the congregation while celebrating Mass, and doing so not in Latin but in the languages used by their parishes. A small percentage of Catholics may yearn for a pre-Vatican II age; most do not, and have accepted many subsequent changes in wording or liturgy with equanimity.

This is something more.

On one level, the disagreement over the wording of the Lord’s Prayer reflects a broader struggle over translation within the Church. From Vatican II until 2001, as noted by the National Catholic Reporter, Church bishops were guided by a “meaning for meaning” approach to translation, which encouraged scholars to capture in modern languages the spirit of what the Vulgate and original Greek versions of the Bible had to say.

But in 2001, a Vatican instruction, Liturgiam authenticam, urged a return to a more literal “word for word” approach.

That struggle, detailed in a recent issue of Commonweal, is of some interest in itself, but focusing on Francis’ effort to amend the Lord’s Prayer is sufficient to illustrate what is at stake.

St. Jerome’s fourth-century Latin text “et ne nos inducas in tentationem” is a translation of the Greek “καὶ μὴ εἰσενέγκῃς ἡμᾶς εἰς πειρασμόν.” There is no ambiguity. Both are rendered in English as “and lead us not into temptation,” and no amount of commentary is going to change that.

In his interview with Italian TV, Pope Francis nonetheless claims that it is a bad translation, and that it is better to say that we humans “fall into” temptation on our own, rather than God pushing us into it. He uses the Italian verb buttare, meaning to throw or fling.

It may seem presumptuous to go mano a mano with the Holy Father on a point of theology, but the Bible is very clear on these matters: God can choose to do as He wishes.

Isaiah 45:7, for example, has God proclaim: “I form the light, and create the darkness, I make well-being and create woe.” A God who can do all that can surely subject humans to mere trials and temptations. Indeed, one need look no further than the Book of Genesis and the story of Abraham and Isaac to understand how dicey those trials can become.

Those who draw strength from the Catholic Church do so in part because of the unchanging if difficult theological challenges they encounter. Asking God not to lead us into temptation is an example. Such language does not imply we expect He will or should lead us into temptation, but it is a recognition of His omnipotence, and our submission to His will.

Francis has done much good in his nearly five years as pope, but Catholics don’t want or need God lite. They want God. To change the plain meaning of the Bible is to lead them into a linguistic wilderness.

3 thoughts on “Sina-cism: For Pope Francis, something is lost in translation”