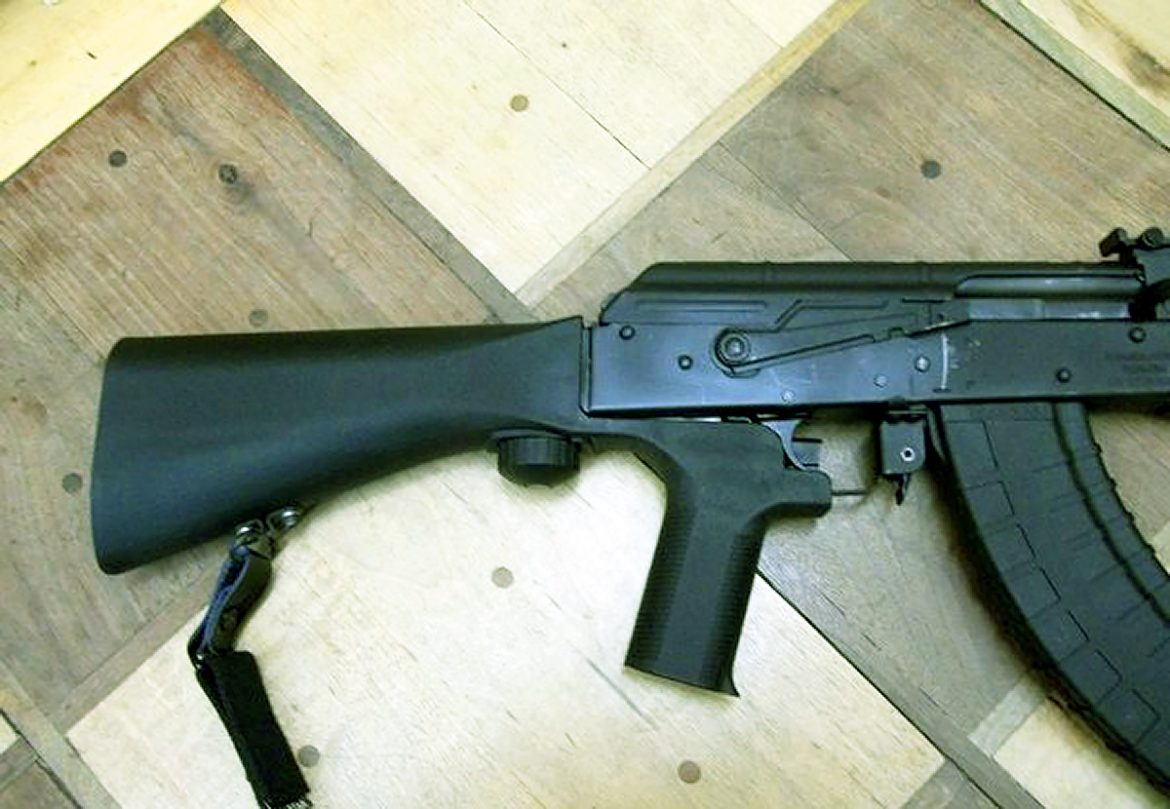 On Feb. 1, an unknown number of law-abiding citizens among us became criminals.

They didn’t break into a jewelry store, assault their neighbors, embezzle money, cheat on their taxes, or have too much to drink and get behind the wheel.

These new Massachusetts lawbreakers simply happen to possess a bump stock, a device that uses a weapon’s recoil to increase its rate of fire. Two of the devices, which retail for about $100, were found at the scene of last fall’s mass shooting in Las Vegas, in which 58 concert-goers were killed and more than 500 wounded.

Bump stocks have been outlawed in California since 1990, and their legal status is restricted but largely unclear in several states. Action on a nationwide ban has languished, but on Nov. 3, Massachusetts became the first state since the Las Vegas massacre to ban their sale and possession.

[Editor’s note: Columbia, South Carolina, banned bump stocks on a municipal level in December, becoming the first known city to do so.]

On Dec. 18, Daniel Bennett, Massachusetts secretary of the Executive Office of Public Safety and Security, sent a letter to gun owners notifying them that there are no exceptions to the new law, and that retention of a bump stock beyond Feb. 1 “… will expose the owner to criminal prosecution.”

The bump stock ban is a case of government overreach that is unlikely to do anything to reduce gun violence while further undermining the rule of law.

Most mass shootings come with warning signs — mental-health issues, careless storage of weapons, cries for help that go ignored — that should have been recognized beforehand. But prevention is difficult and rarely makes the headlines. Tragedies do, and lawmakers are willing to do something — anything — to show that they are responding in the wake of tragedy, even when there is no reason to believe their actions will do anything to prevent a recurrence of that tragedy.

Even many gun owners and dealers were unfamiliar with the term “bump stocks” prior to the Las Vegas shooting. As Jim Wallace, executive director of the Northborough-based Gun Owners Action League, told the Telegram & Gazette, no one would have thought to ban bump stocks if they had not been used in Las Vegas.

Wallace is probably right, but anti-gun activists might have found their way to bump stocks eventually. These zealots never tire of restricting the rights of law-abiding citizens in efforts (almost always unsuccessful) to persuade evil, unstable and law-breaking people to behave themselves.

But law enforcement is only justified when the laws being enforced are both just and legitimately enacted. This bump stock ban is neither.

As Wallace notes, the state Legislature held no public hearings. Lawmakers must have known the ban they were contemplating would be of interest to the public. They should have held a formal public hearing.

While the Legislature may have the authority to ban bump stocks, how it achieves that goal matters. By refusing to include a grandfather provision, offering no compensation for the taking of private property, and criminalizing the mere possession of something that had been legal, lawmakers have created an ex-post-facto law that violates both the state and federal constitutions.

Activists are sending anonymous “do not comply” letters to state officials, detailing why the ban is unconstitutional, and asserting that they will not comply with it.

When you consider the matter logically, a bump stock ban is pointless. No one knows how many such devices are out there, or who owns them. Only a handful of bump stocks were handed in by Feb. 1. Those who did so obviously weren’t planning to stage a massacre.

Now that possession of bump stocks is illegal, no one of sound mind has any reason to hand theirs in. Nor, being of sound mind, would any such person misuse one.

Finally, since there is no registry of who owns a bump stock, and no way to assume that their possession would be limited to registered gun owners, authorities have no way of locating those still in private hands short of raiding every residence in the state, which is probably too much even for Massachusetts lawmakers to stomach.

The bump stock ban does nothing to enhance safety. By criminalizing law-abiding citizens with ill-considered and unconstitutional legislation, lawmakers have diminished respect for the rule of law while burdening everyone with another phantom menace.

The real criminals, meanwhile, continue about their business.

652 thoughts on “Sina-cism: Undermining your rights in the name of gun safety”