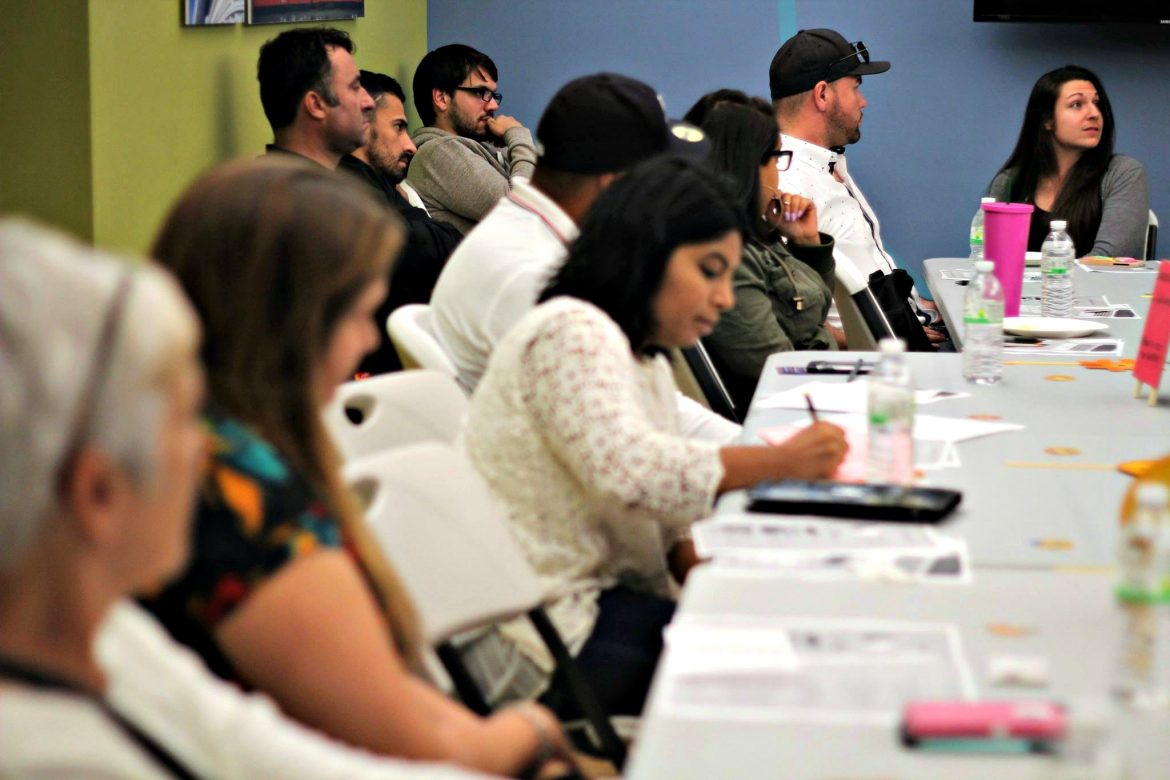 Editor’s note: Since September 2015, Worcester Sun has chronicled the busy life of Sun contributor Giselle Rivera-Flores in the serial “A Mother’s Journey,” as she explores ways to help her daughter and other Worcester families find affordable educational support. We used to describe her as an aspiring business owner; now, she’s a full-fledged entrepreneur and acknowledged leader in the startup community. As Giselle has evolved, so has her story. Welcome to the latest installment of “The Balancing Act.”

Entrepreneurship can be a complex term. In some respects, its definition is debatable. Some may define an entrepreneur as a “person who owns their own business,” while others define it as a state of mind and an attitude. Although one can be both an “entrepreneur” and a “business owner,” the two terms are not interchangeable.

Both roles are equally important to economic development and carry a common core of responsibilities; however, the two roles are not one and the same, and often require two different kinds of people to make these roles successful.

But it’s not. It is merely a distinction between the two.

Read Giselle’s previous chapter, The disconnect, or scroll down to explore more of her story.

While I will always agree that both roles are pillars of our economy and both take a certain level of confidence, the pair are separated by a thin line of difference. In a recent workshop, I asked 10 people – both small business owners and entrepreneurs – to describe an entrepreneur. In another workshop, I asked a different set of 10 people to describe a small business owner. The descriptions and traits were vastly different.

Risk takers. Game changers. Big thinkers. These are but a few phrases used to describe entrepreneurs. The workshop ultimately labeled an entrepreneur as a “person who is self-aware of their talents and confidence and possesses a vision to disrupt the market and create change on a large scale.”

The participants described the entrepreneur as a person willing to sacrifice everything to gain something more than money, while describing a small business owner to be “a person who is self-employed and catering to a local market in a job or industry that does not require a large-scale vision that will change the scope of the industry or the market.”

Again, an entrepreneur and a small business owner can mean the same, in some instances, but often these two terms are not interchangeable.

In a recent study in the Quarterly Journal of Economics, research found that before starting their own company, incorporated entrepreneurs exhibited greater self-esteem, wanted to be more in charge of their own futures, and were usually involved in jobs that primarily rely on intellect. In addition, before launching their ventures, entrepreneurs scored highly on learning aptitude tests and engaged in more illicit, risky activities. On the other hand, small business owners tend to have responsibilities that require more manual skills and were previously employed in similar work.

The differences are not just in the areas of attitude and job skills, but income, as well. As reported by Business News Daily, the study found that owners of incorporated rather than unincorporated businesses – entrepreneurs – reported an increase in $6,000 in median annual income relative to their previous salaries when they became entrepreneurs, while small business owners had median annual earnings increases of just $716.

Early 1900s economist Joseph Schumpeter placed an emphasis on innovation within his definition of an entrepreneur, describing the entrepreneur as the creator of new products, new production methods, new markets and new forms of organization.

For me, his definition is the exact definition of an entrepreneur. An entrepreneur is someone who rarely wants things to stay the same. Entrepreneurs want to disrupt the market, while small business owners tend to adopt the business styles and structures of pre-existing businesses.

Entrepreneurs tend to invent things, are often technically minded and jump from industry to industry, while small business owners are more likely to stay in the industry that matches their skill sets. Entrepreneurs tend to spearhead passion projects, while small business owners are concerned with making a living and tend to shy away from such projects.

572 thoughts on “The Balancing Act: Owning your place among entrepreneurs”